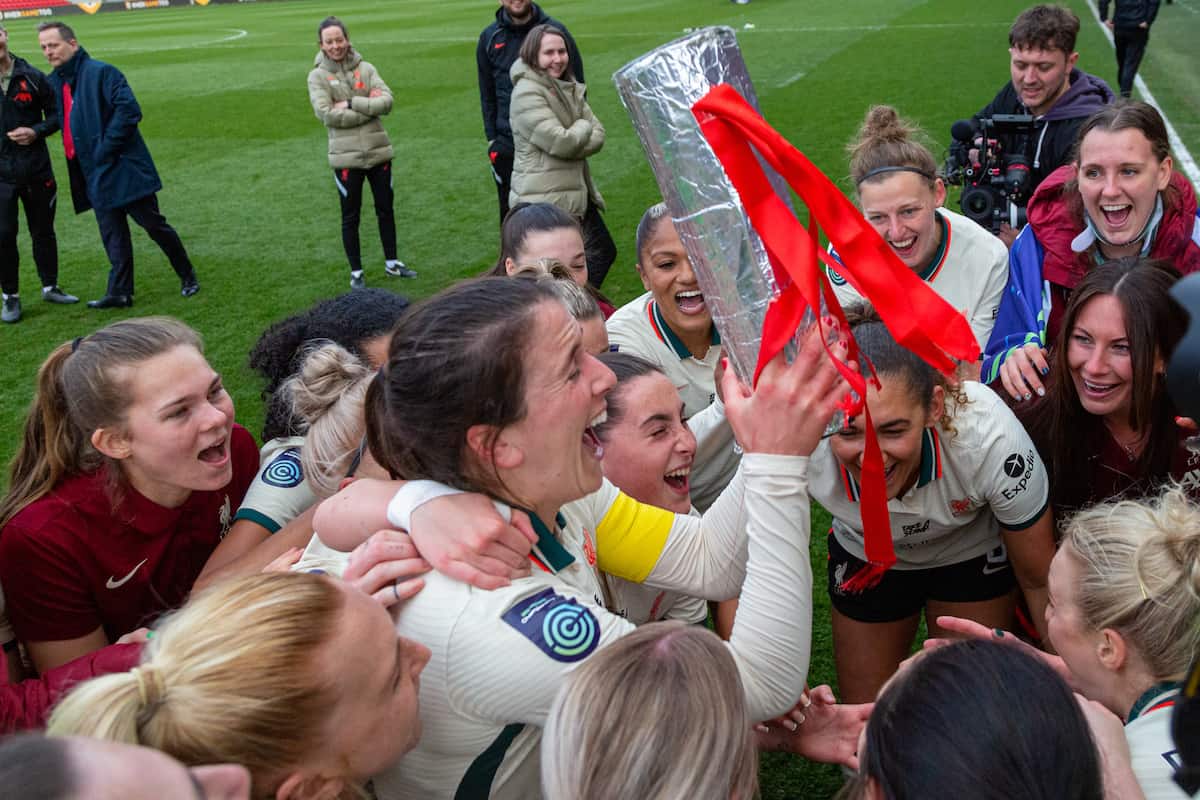 It has been a dominant season for Liverpool Women and it’s to see captain Niamh Fahey lift the Championship trophy on Sunday, perhaps in a style akin to the Henderson shuffle.

Matt Beard’s side set out their intentions to return to the Women’s Super League at the start of the season and they got the job done with two games to spare.

The Reds have been a cut above the rest, leading the Championship in goals for (42), goals against (eight) and more importantly points, currently 13 more than next-best Bristol City.

After two seasons in the Championship, Liverpool Women will now return to where they belong – but they first have two more games to complete and a trophy lift to enjoy.

Fahey has been instrumental to the Reds’ success, expertly marshalling the defence and also chipping in on the scoresheet.

And the “born and bred Liverpool supporter” is to lift the title on Sunday after the visit of Sheffield United, but will we be seeing a Henderson shuffle-esque celebration?

“I’ve been getting this a good few questions [about it], [Missy] Bo Kearns has been on about me and she is changing her mind now – she doesn’t know which one I should do,” Fahey told This Is Anfield with a wry grin.

Either way, the occasion is to be a memorable and deserving one for all the players, staff and fans to enjoy at Prenton Park.

“The most pleasing aspect has been the performances, we’ve done it in style and we’ve been the dominant team. I think we deserve our promotion spot,” Fahey said.

“It’s fantastic now to have achieved our objective and get back to where we should be.” 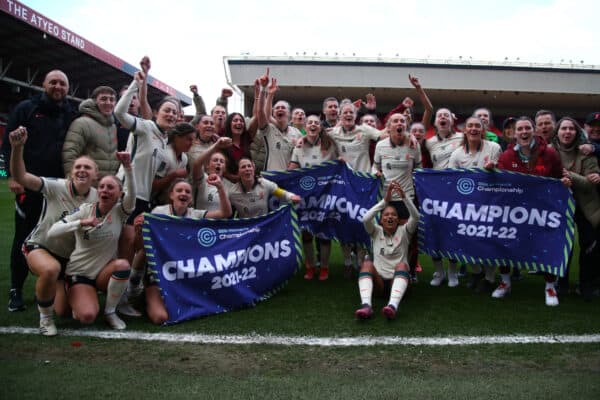 And while Jurgen Klopp‘s first team have been “an inspiration for everybody,” the role the women’s team play for the younger generations is not lost on the Liverpool skipper.

“You get young girls coming and they’ve got ‘Bo Kearns’ or ‘Lawley’ or ‘Fahey’ on the back – and young boys also getting inspired.

“We have a huge role to inspire the next generation and it’s going to be massive for them going forward for what they can see themselves being in the future.”

A huge and exciting day awaits at Prenton Park and tickets for the occasion, with all under-16s costing just £1, are available to buy here!

* Liverpool Women will lift the Women’s Championship title on Sunday, April 24, at Prenton Park, fans can tune in live on the FA Player here at 12pm.