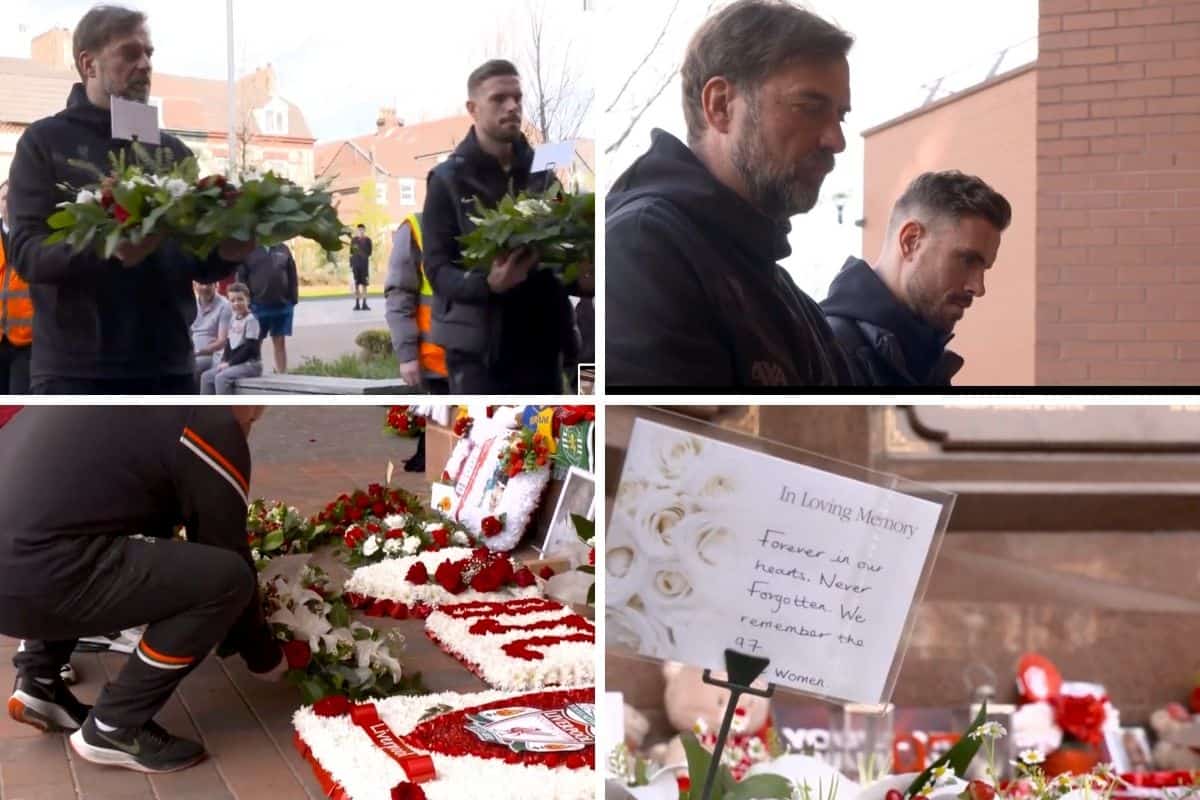 Jordan Henderson and Jurgen Klopp were among the members of Liverpool FC to lay floral wreaths at the Hillsborough memorial at Anfield on this, the 33rd anniversary of the disaster.

33 years on from that fateful day in 1989, Liverpool FC continues to pay respects and remember the 97 lives lost in the worst sporting tragedy in British history.

Henderson and Klopp led the tributes at Anfield on Friday morning, joined by Sir Kenny Dalglish and Ian Rush, who were part of the Reds’ squad at Hillsborough in 1989.

Earlier today, former players, members of our men’s, @LiverpoolFCW and Academy squads paid their respects to the 97 children, women and men who lost their lives in the Hillsborough tragedy. pic.twitter.com/dik50pxn9W

Players across all levels of the club observed a minute’s silence on Friday ahead of training, and 97 balloons will be released on the Anfield pitch at 3.06pm – the time that the game was stopped in 1989.

“For those who lost loved ones on that awful day, the pain will never diminish,” said Klopp.

“For those who were there, who themselves were hurt or injured – or even witnessed the horror – they can never eradicate those feelings.

“So we must continue to support them and observe this anniversary in a manner which honours the memory of those we lost. But also acknowledge the courage, fortitude and reliance of the people who fought for justice in their memory for decades.

“The majority of us honoured to represent this club today can never truly comprehend the suffering, but we can express our love and our solidarity.”