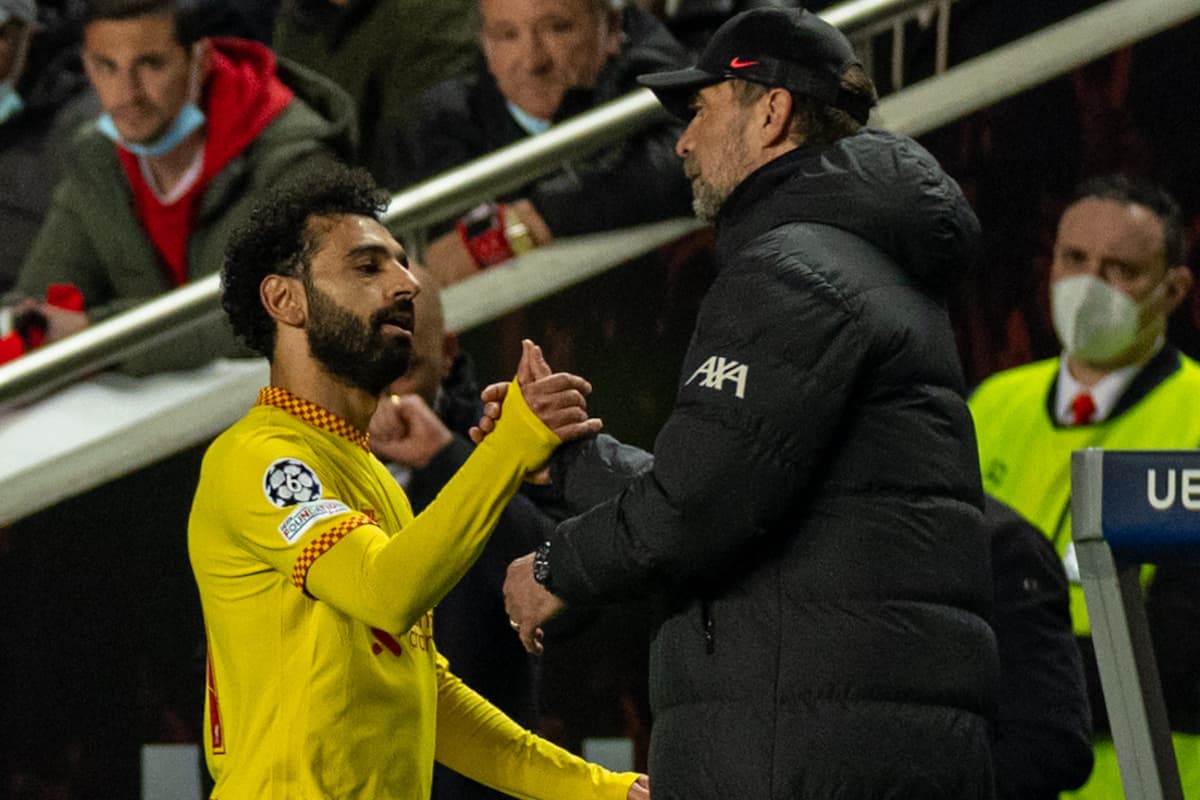 Jurgen Klopp had addressed Mohamed Salah‘s difficult run of form for Liverpool, without an open-play goal in eight games, admitting “all the stories” affect him.

Salah was once again far from his best as the Reds ran out 3-1 winners at Benfica, with the Egyptian brought off after an hour in Lisbon.

Liverpool’s No. 11 recorded at least two times as many unsuccessful touches as any other player (eight), while only Sadio Mane produced a lower passing accuracy than his 76.7 percent.

Crucially, it was another game without a goal from open play, with that eight-game run stretching back to mid-February and the 3-1 win over Norwich.

It was pointed out in Klopp’s post-match press conference that his exchange with Salah after his substitution was only brief, but the manager described that as “completely normal.”

“I did nothing different to what I do usually,” he explained.

“If the game is kind of decided, you are a bit more with the players who come off.

“If the game is open, like it was, then you just give a clap and about all the rest, we can speak later.”

The concern over Salah’s goal drought and overall loss of form comes amid a period of major scrutiny for the 29-year-old as speculation mounts over his future.

While he has toiled unsuccessfully with Egypt in losses to Senegal in both the Africa Cup of Nations final and their World Cup playoff, his agent has been making things more difficult with stories of talks over a new contract reaching an impasse.

As Klopp continued, he noted “all the stories” surrounding Salah at present, acknowledging a “tough period” after he missed a clear chance early on.

“Each player in that situation wants to score, and obviously with all the stories around it’s clear that Mo wants to score as well, especially in this moment,” he added. 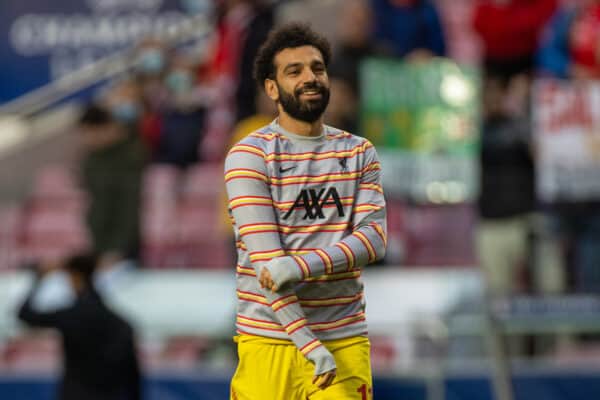 “But it’s all fine. It’s a tough period, both boys came back from Africa, it’s really not easy.

“[They had] massive pressure on both of their shoulders. Both had to sort it for their countries – the managers have their part in that as well, to put it on them, I think – and that now needs a bit of time to settle.

“That’s all, [it was an] important game for Mo and Sadio tonight.

“One could score, the other one unfortunately not, but everything will be fine.”