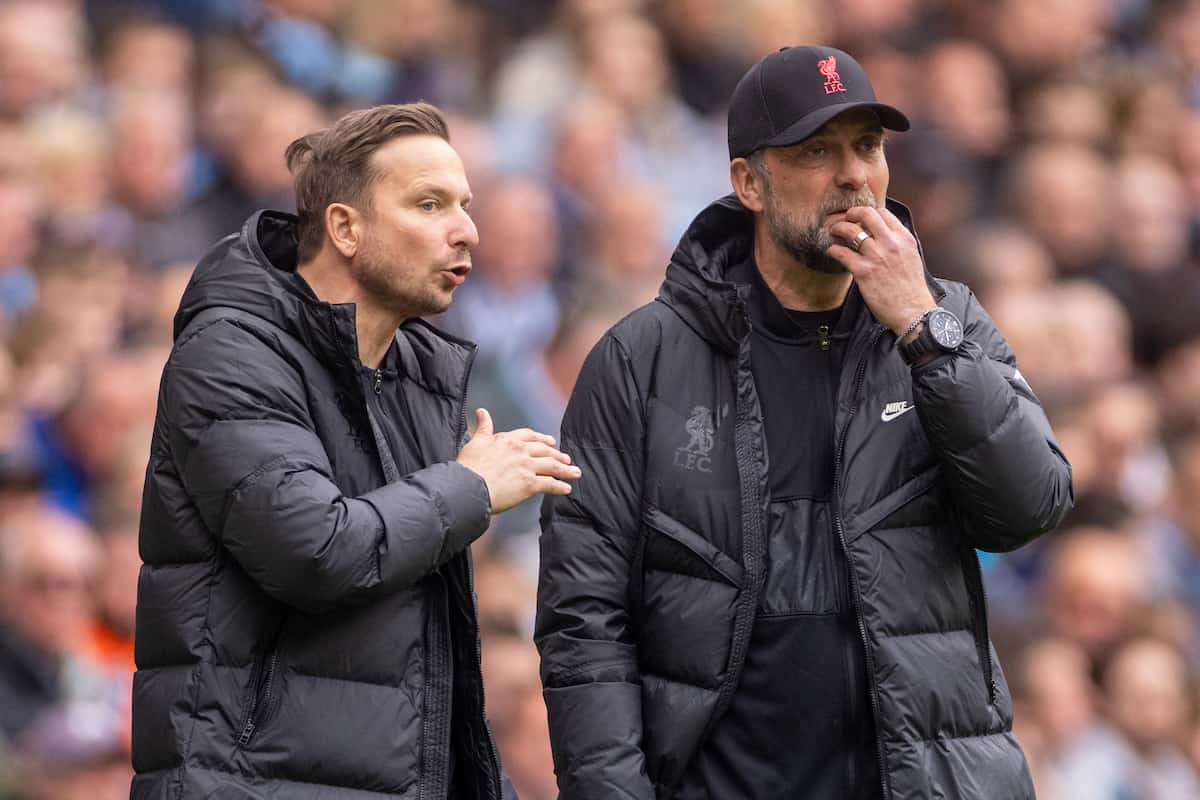 With Pepijn Lijnders signing a new contract along with Jurgen Klopp, the Liverpool manager insists the ambitions of his No. 2 will not get in the way.

When Klopp weighed up the prospect of extending his stay at Anfield, his decision rested on the agreement of three people in particular.

Primarily, that was his wife, Ulla, but also his assistants, Lijnders and Peter Krawietz.

It was always expected that, at some point, Lijnders would push for another managerial job of his own, having already left the club once for a short spell in change of NEC Nijmegen in his native Netherlands.

But given the freedom of the training ground at Liverpool, and a prominent position alongside Klopp in the dugout, the 39-year-old has committed his future to a supporting role until 2026.

And asked about Lijnders’ ambitions, Klopp has insisted that though he would never “hold anybody back,” the pair had agreed that the best platform for his talents at present was on Merseyside.

“I know Pep will be an outstanding manager in the future, he will. But what we really enjoy is the work together,” he told reporters. 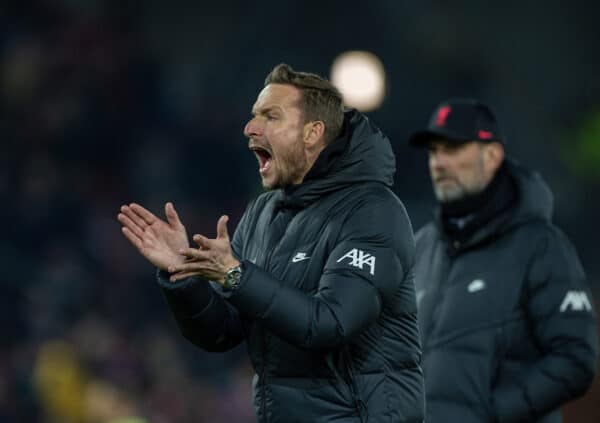 “How Pete says it, we bought fully into this project. That’s it.

“He’s not even 40 yet, so there’s obviously a long time after all these things to be by yourself. In the moment, we all enjoy the work here together.

“His own ambitions will never stop and I will not stop it.

“I’m a pretty experienced, [from] an elder generation, I would say – crazy to say that, but it’s the truth – manager. My big strength is that I bring in really good people and then let them flourish.

“It doesn’t mean that I tell them all the time ‘no, no, no – we did it like this in the past’. No, I listen. I listen because they are much closer.

“Vitor Matos is doing the badges at the moment, so it’s really interesting what they tell me now, not what I could tell them all the time what we did in the past.

“Life is progress, you keep up with all the developments around you, and that’s what we do.

“They keep me on track and I keep them calm, in line and obviously I can help as well a little bit.

“We have now the agreement for another while and everybody is really happy about it. We don’t hold anybody back. 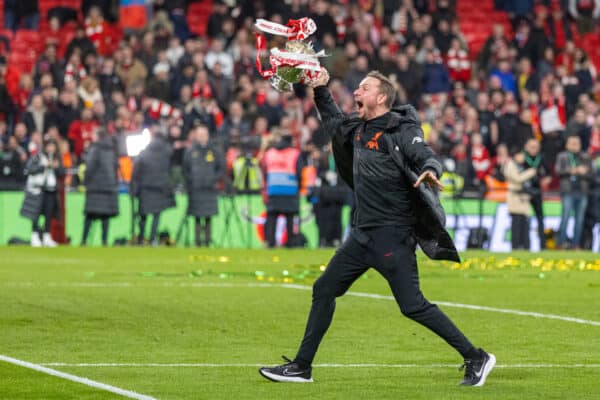 “What is better, being first-team coach with massive influence at a world-class club or going out there, being at the wrong club, being the main man and losing more often than not?

“We are smart enough to know that this situation, you cannot take it for granted.

“The club gave us the opportunity to build a really good football team; now we have it, now let’s try to be as successful as possible.”