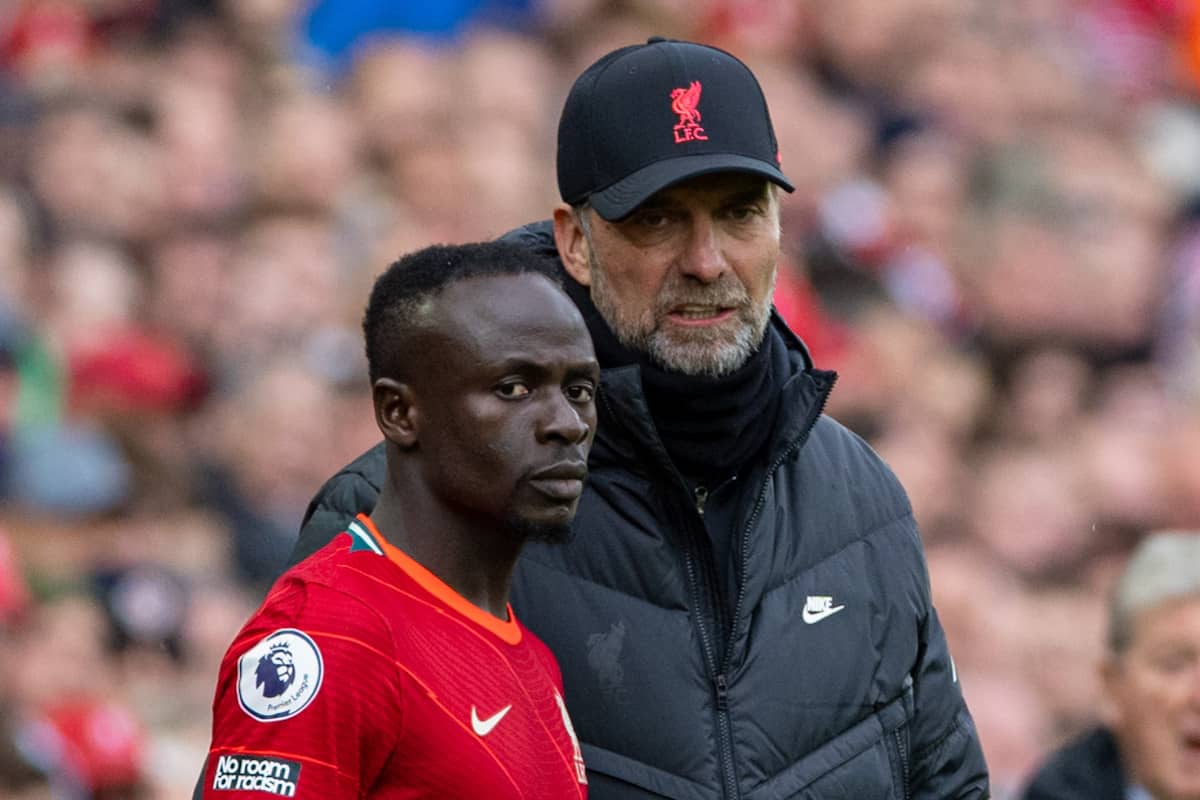 Jurgen Klopp has refrained from comment regarding Sadio Mane‘s contract situation after finding himself on the end of some “misunderstandings” when discussing the status of Mo Salah.

Liverpool have five core members in their side with contracts set to expire in 2023, including Mane, Salah, Naby Keita, Roberto Firmino and Alex Oxlade-Chamberlain.

In recent months it has only been Salah’s situation under the microscope as Klopp, the player and his agent all made one comment or another about the ongoing talks.

But with Mane enjoying success on the international stage and with nine goals since the turn of the year, three more than Salah, it has been the No. 10 that the spotlight has now shifted to.

At the start of April, Mane’s agent said talks are on hold until the summer regarding a new deal and now Klopp has said the media will not be getting much out of him until there is something to announce.

“It’s my fault, I made a mistake with talking to you about the Mo contract situation which I usually don’t do,” Klopp said after being asked about Mane’s situation.

“It led to plenty of misunderstandings and you ask again, so I go back to my former approach and close the door again.

“There’s nothing to say about any kind of negotiations of contract stuff, not for me here.

“When there is something to announce, you [the media] are the first group to get the information, until then you just have to wait.”

After a vital double over Man City over the weekend to take his tally to four goals in four games, Mane’s recent performance have drawn plenty of attention, but it’s no surprise for Klopp.

“And about the quality of Sadio we really don’t have to talk because that’s absolutely incredible the quality he has,” Klopp continued.

“Obviously, what happened in the last two months for him was a boost, that’s clear.

“I’m not sure you’d find a bigger legend in Senegal, even if you would try to. I’m really happy for him and all the rest we will see.”