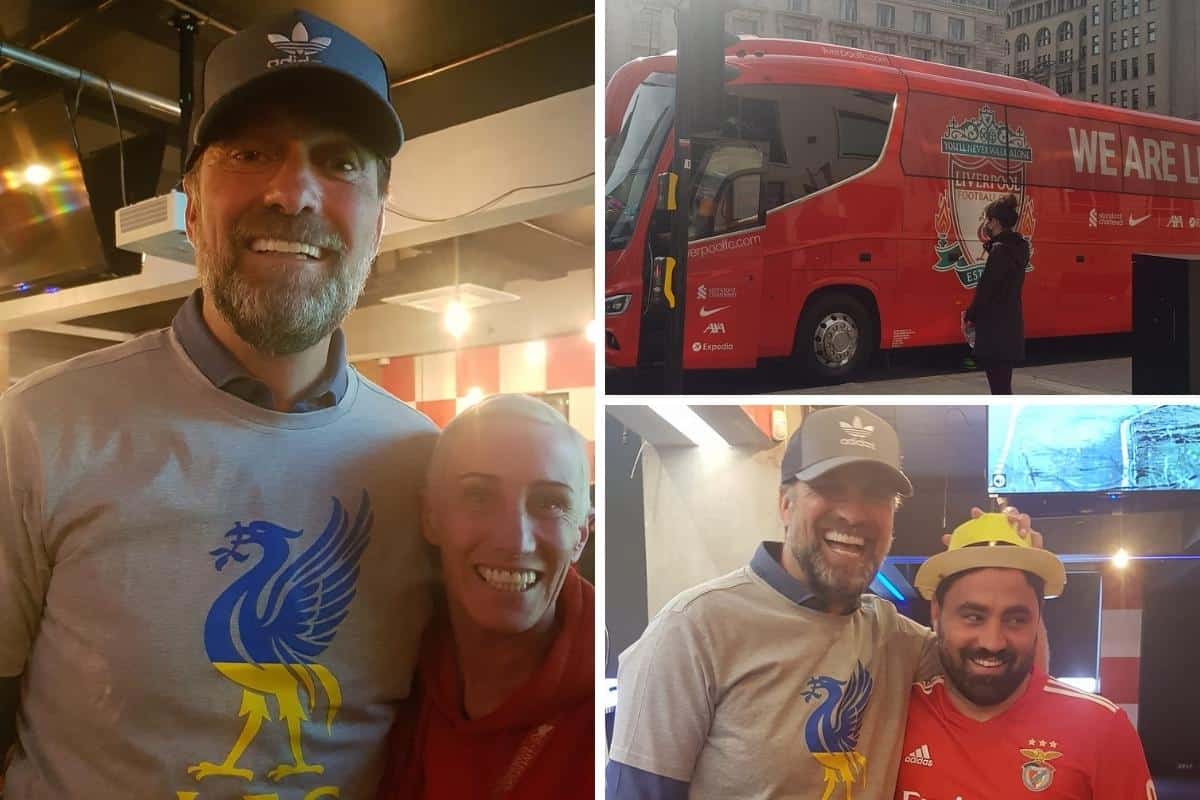 On a rare break from club duties during Liverpool’s ridiculous end-of-season run, Jurgen Klopp and Vitor Matos made a visit to Jurgen’s Bierhaus in the city.

Klopp is in the midst of arguably the busiest period of his career as a manager, with Liverpool still battling for silverware in the Premier League, Champions League and FA Cup.

It is a demanding role for the German, who admitted before the FA Cup semi-final win over Man City that he looks like a “different person” from when he took over in 2015.

“Unfortunately I see myself in the mirror every morning,” he said, “so the last six years have been pretty intense.”

But his affinity for Merseyside and the city of Liverpool is clearly pushing him through a relentless job at Anfield, which showed as he headed to Jurgen’s Bierhaus this week.

In a series of photos shared on Wednesday, Klopp could be seen beaming alongside elite development coach Matos inside the bar on Brunswick Street.

“I just had to come in and see my pub!” he told staff upon his arrival.

Klopp posed for selfies with customers and took photos of his own alongside Portuguese assistant Matos – who was wearing a Benfica shirt, following the Reds’ meetings with the Primeira Liga side in the Champions League.

One staff remember revealed those at the bar were “in complete shock” when Klopp walked in, praising him as “so friendly and down to earth.”

It was only a brief stop for the pair, though, with Klopp and Matos soon departing for the team bus which was waiting outside.

Before leaving, Klopp walked past a mural bearing his likeness – produced by Paul Curtis, who is also responsible for the Jordan Henderson and Alan Hansen mural on Old Barn Road near Anfield, among others.