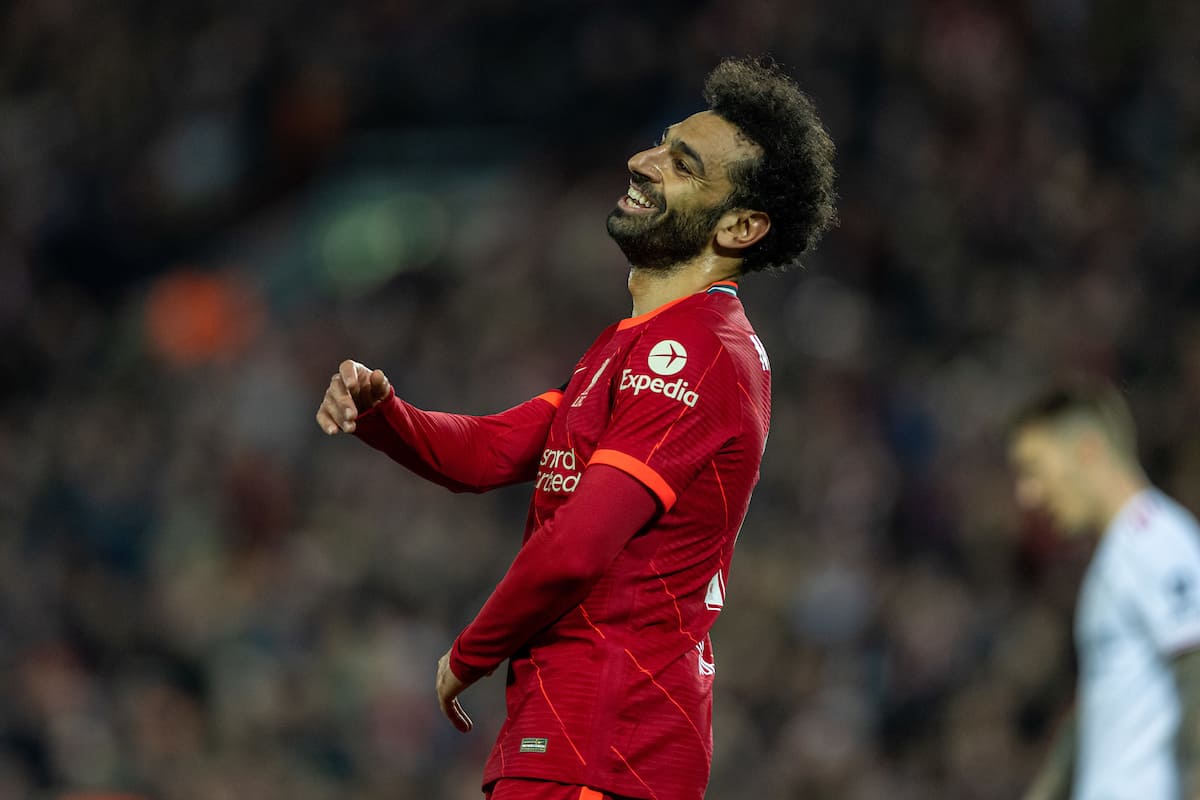 Jurgen Klopp knows it is simply a matter of time before Mohamed Salah finds his goalscoring boots, with the manager not needing to make any interventions to break the dam wall.

Salah has gone 11 games without scoring a goal from open play, with his three goals in that time all coming from the penalty spot.

It ensures the spotlight is firmly on his form in front of goal and just as Andy Robertson and Trent Alexander-Arnold know goals are “only a matter of time,” the manager is of the same mind.

It is simply a matter of when not if that Salah’s name is etched on the scoreboard to add to his 28 so far but in the meantime, there is no concern from Klopp over the Egyptian’s form.

“I liked [his] game against City, a lot. He played a really good football game. It is only a question of time when he will score as well. 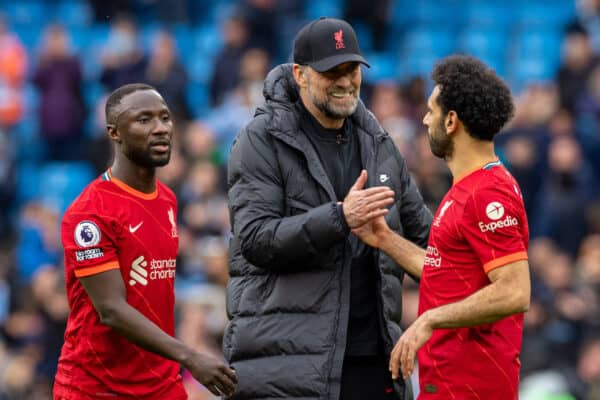 “Unlucky in these little moments, he was close enough now for a couple of times.

“The moment will definitely come and I’m really happy with the form he showed last week.”

As for any intervention talks, there has been nothing out of the ordinary from Klopp with Salah as his general play and form in training do not suggest he needs it.

“I see him more often in training than I see him in games, we play every three days – we have a look at it and then I have to make a decision if there is a need for a talk or not,” Klopp said.

“We had plenty of talks over the time we have worked together but in this specific moment, there’s no need for it.

“We talk, but not about the ‘situation’. We talk about the normal stuff, what he has to do in the game, what the game plan is – but that’s completely individual to all players.”