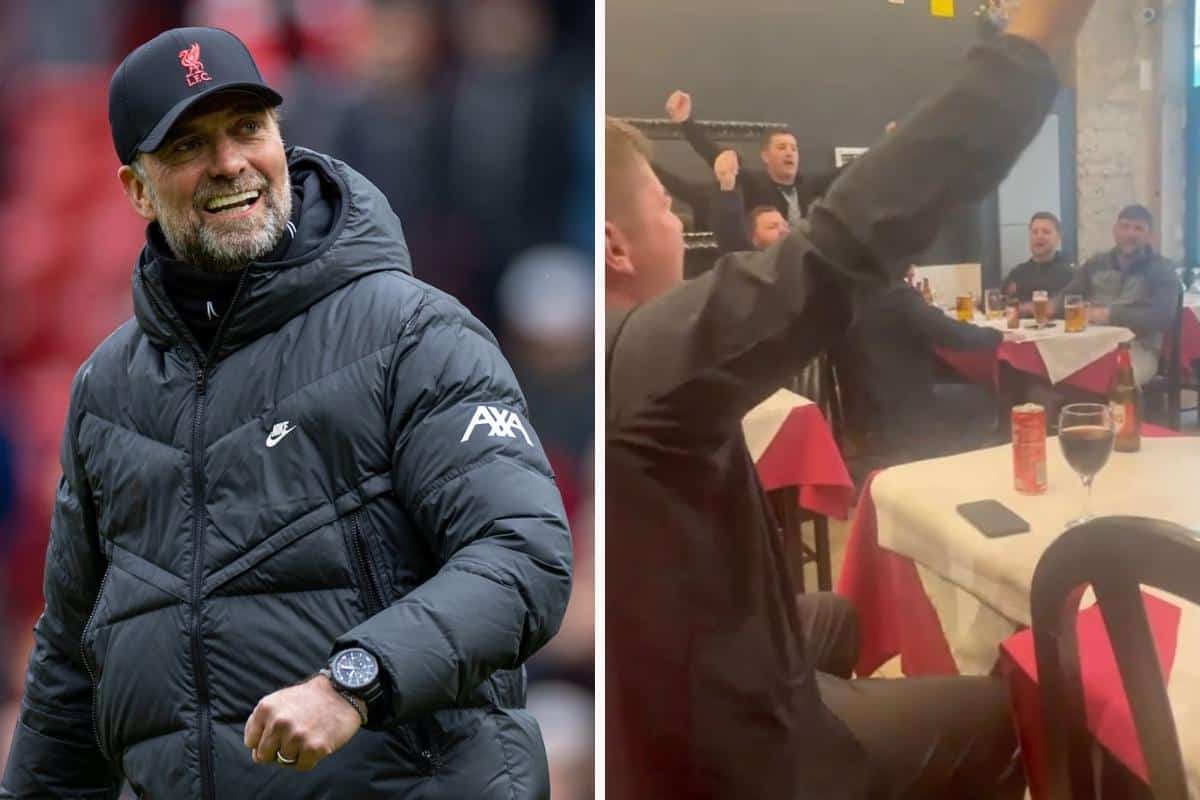 The Kop may have a new favourite song after a group of Liverpool fans unveiled their tribute to Jurgen Klopp in Lisbon, to the tune of the Beatles’ ‘I Feel Fine’.

You can’t fault Liverpool supporters for their creativity.

But the one man more deserving than any other is Klopp, the manager who has turned Liverpool’s fortunes around and built a title-winning dynasty.

Still in with a chance of a quadruple this season, Klopp saw his side take another step forward in the Champions League with a 3-1 win over Benfica on Tuesday.

And while in Lisbon, a group of fans debuted a new song in tribute to the German, belting it out in a bar in the Portuguese city:

Inspired by the Beatles’ 1964 single ‘I Feel Fine’, the lyrics are as follows:

Just like the new Jota song, it may take some getting used to, but it would be no surprise to hear it in the near future.

Perhaps that could even come as early as Sunday, with a vital trip to Man City that could see Klopp continue to cement his legacy as one of the greatest managers in the history of the club.