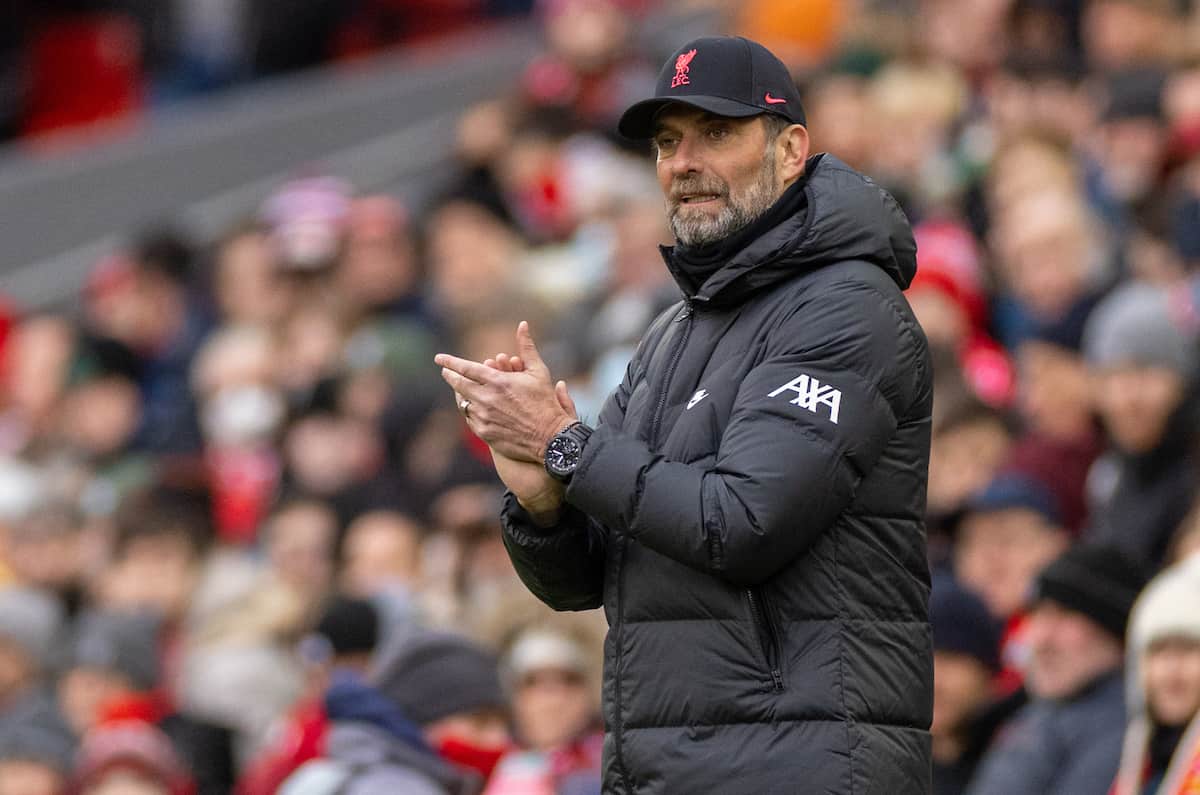 Jurgen Klopp could work with a fully fit squad for Liverpool’s busy April, but a minor issue for Naby Keita and concerns over freshness loom ahead of Watford.

The Reds play their first of eight games this month on Saturday, with Watford the visitors for a 12.30pm kickoff at Anfield.

It was a welcome boost then, that Trent Alexander-Arnold returned to training this week, leaving Keita as the only absentee after aggravating a knee injury.

In his pre-Watford press conference, Klopp was asked about the prospect of utilising his full squad for the weeks ahead.

“It’s not the first month we’ve ever had with eight games. Not sure you could fit in a ninth game, if it would be possible somebody would try,” he said, seemingly oblivious to the semi-final date.

“Hopefully, we can use the majority of the squad, because that means the boys would all be fit.

“For example, yesterday Naby couldn’t train, he felt a little bit here and there.

“And I don’t know exactly, nobody called me yet about Naby for today, so we will see how he is for today.

“But apart from that, we had them pretty much all available, so hopefully they are fit and then we will use the majority of the squad, of course.” 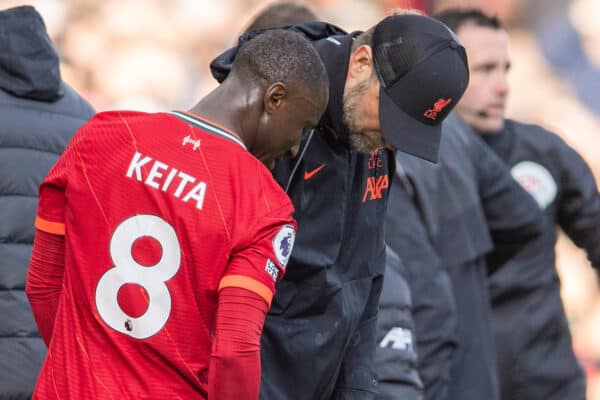 An early kickoff against Watford presents its own challenge, particularly on the back of a busy international break that saw Sadio Mane, Mohamed Salah, Virgil van Dijk, Luis Diaz and Diogo Jota top the list for minutes played.

There is a chance, then, that Klopp surprises many with his lineup on Saturday, with the manager outlining the need for “fresh” legs.

“They are fresh enough. It’s not a problem, they played Tuesday and this time of the year when they play Tuesday and we play Saturday, that’s obviously fine, but they travel.

“Some of them arrived yesterday. So we will really have to see what we do with it.

“But it’s not the first time that we have to deal with these things.”