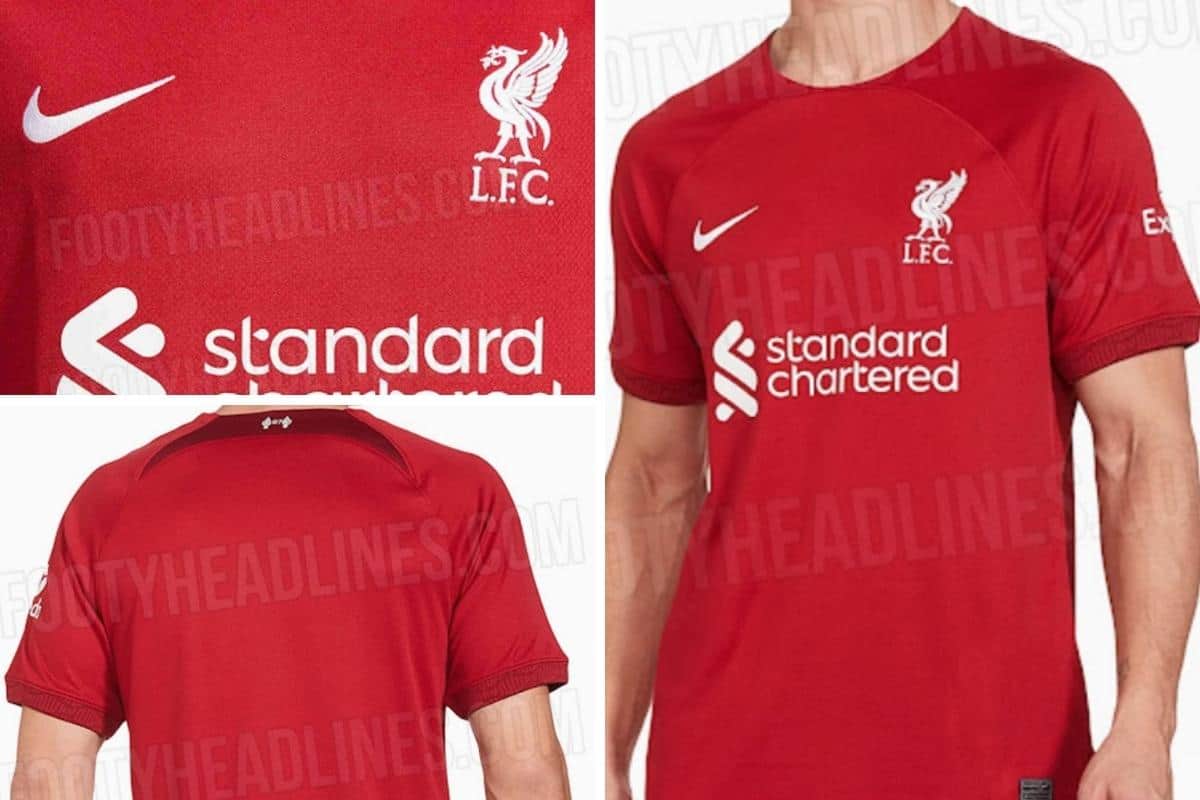 Further images of Liverpool’s replica home kit for the 2022/23 season have been leaked, with the fan issue home shirt the third offering from Nike.

There have been a number of leaks regarding the Reds’ expected home kit for next season, with the shirt taking on a similar look to that worn during the 2004/05 season.

The images depict a simple design for Liverpool in what will be their third campaign with Nike, with one defining characteristic being its boxy crew-neck collar as opposed to this season’s round look.

The reliable Footy Headlines have readily provided images of the Reds’ new look and have done so again ahead of the expected launch in early May.

Nike’s bid to look to kits of Liverpool’s past continues and we’ve now been given a glimpse at how the men’s replica version is to look, sans the new Vaporknit pattern on the player issue design.

Two different shades of red provide a touch of contrast, as too the cuffed sleeve that is a nod to Nike’s new graphic pattern.

It’s certainly an understated look with only white embellishments for the LFC crest, Nike logo and sponsors Expedia and Standard Chartered – both of whom see their deals end in the summer of 2023.

The new kit through its various leaks has received mixed reviews from fans, with its simplicity hitting the mark for some and missing it for others.

Liverpool will be expected to don their new home kit on the final day of the Premier League season on May 22 against Wolves.

As for what leaks tell us about next season’s away and third kit, the former is set to see Liverpool return to predominantly white whilst the latter is to include the colour combination of Dark Atomic Teal, Rio Teal and Siren Red.