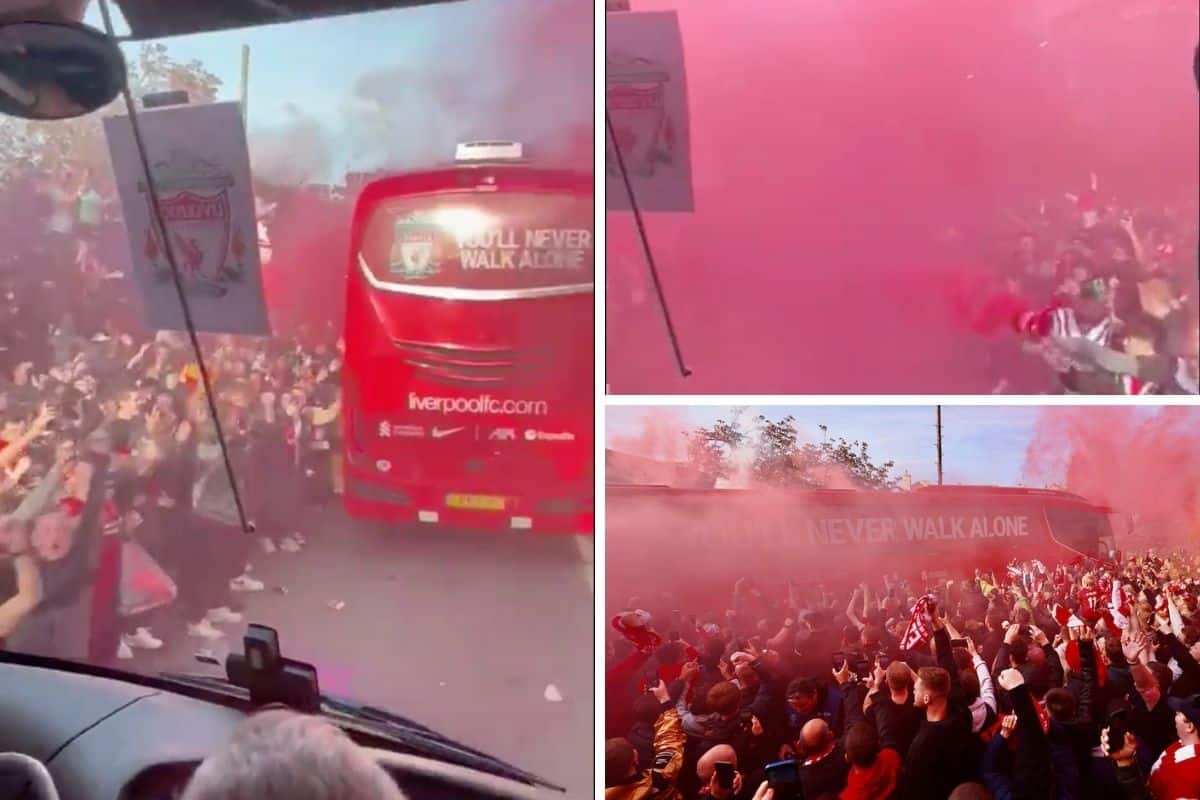 Liverpool arrived to a red mist on Anfield Road on Wednesday night, with fans providing the Reds with a pyro-covered coach greeting ahead of the Champions League semi-final.

When Villarreal arrived at Anfield last time, in Jurgen Klopp‘s first season in charge in 2016, the coach greeting was certainly a memorable one – added to by some scaffolding on Anfield Road outside a house being renovated providing a unique perspective for some fans!

Ahead of the Spaniards’ arrival again in 2022, Liverpool’s coach arrived past the new Mo Salah wall mural into a complete mist of red smoke on Anfield Road.

The Reds currently arrive in two coaches, something that was introduced during covid times, and backup goalkeeper Adrian was able to capture the scene from the second coach.

All because of You??
INCREDIBLE ATMOSPHERE?? #YNWA pic.twitter.com/6qvT2PrWy5

The Spaniard provides no commentary in the video, instead taking in the incredible reception that he and his teammates received.

What may not be lost on some is the driver calling one over-zealous fan a “b***end” after the 33-second mark, providing a little comedy value!

Both drivers certainly deserve a pay rise for driving in those conditions!

An arrival like this must give Jurgen Klopp and his players an enormous feeling of worth ahead of a huge game.

It is also telling that Adrian, who has only made one League Cup appearance this season, still feels part of the fun, highlighting the team spirit Klopp has created.

Just two more home matches remain this season – against Tottenham and Wolves. That last day of the season could be another huge one, fingers crossed.