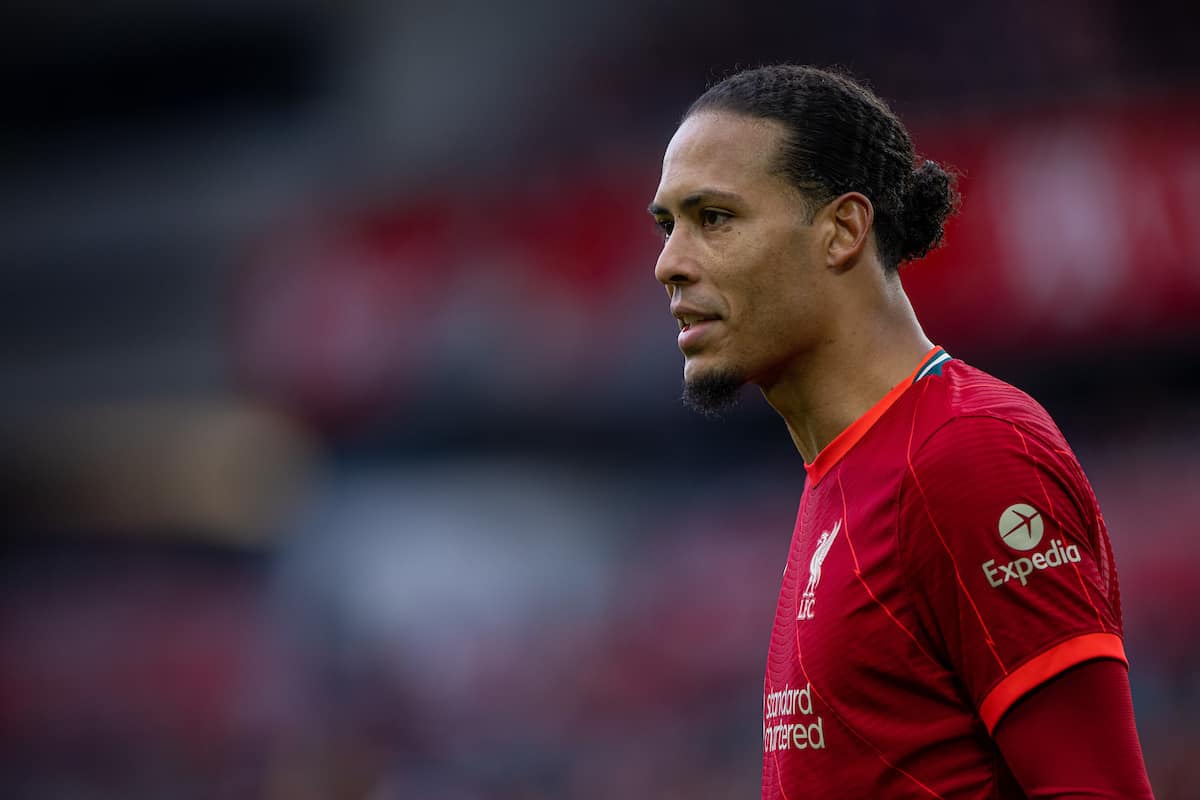 Virgil van Dijk admits feeling “taken for granted” in the first half of the season having returned from a nine-month injury, as “everyone expected the same.”

They are words that will resonate with many Liverpool fans, who saw Van Dijk slot back into the defence at the start of the campaign and felt that all was fine with the world again.

It is, in fact, remarkable that the Dutchman was able to recover from his ACL injury and recapture the best-in-the-world form that he is hitting in the second half of the season.

But speaking in his pre-Benfica press conference on Monday, Van Dijk explained how he felt he was held to a higher standard than perhaps he needed to be so soon after returning.

“I must say, before the international break in January, I did care a little bit that it was going unnoticed,” he said when asked about the recent focus on Liverpool’s defensive success.

“I think I said it in an interview as well, that I felt a bit taken for granted, coming back from a long-term injury, that everything was sort of normal, everyone expected the same.

“It’s quite difficult. But after the break I really didn’t, and maybe that helped the performances, personally.”

Praise for Liverpool’s defence comes amid a record of just six goals conceded in the last 19 games since the 2-2 draw with Chelsea on January 2, with 13 clean sheets in that time including five in the last six.

This time last year, the Reds were heading into a Champions League quarter-final against Real Madrid that saw Ozan Kabak and Nat Phillips start at centre-back, with the injury problems extending way beyond Van Dijk’s long-term layoff.

But while the return of key names has been central to a new-found rigidity, the No. 4 has insisted that “everyone is involved in it.”

“We’re just doing it together. We’re going for it. Everyone is playing their part, everyone is involved in it as well,” he continued.

“The back four plus Ali changes at times as well. If you look at the cup final with Caoimhin coming in, being the hero, in the cup competitions Kostas left-back, Ibou coming in, Joe coming in now.

“So everyone is getting involved in the success that we have as a defensive unit.

“But the way we defend is we do it all together, and everyone feels the responsibility for that as well.” 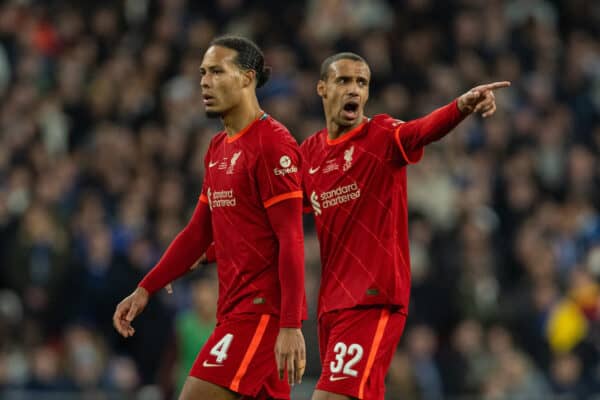 There has been a strange emphasis this season on Liverpool’s high line as a flaw in their approach, despite the obvious evidence against this.

But when asked about the situation, Van Dijk stressed that it was nothing new and that the introduction of the late offside flag in the Premier League has led to unnecessary concern.

“It’s now been highlighted, but I think if you look back at the last couple of seasons, we always tried to play with the high line,” he said.

“We don’t play for offside, but obviously if you can put the player offside, it’s only an advantage.

“I think this season and last season, when they started with the rule that we keep playing on and then the linesman puts the flag up, it looks a bit that we are conceding chances against us.

“Even the other day [against Watford], when obviously Ali had to make the save, it looked like we were vulnerable when he was offside.

“I think that rule, first and foremost, has to get out of the way.”