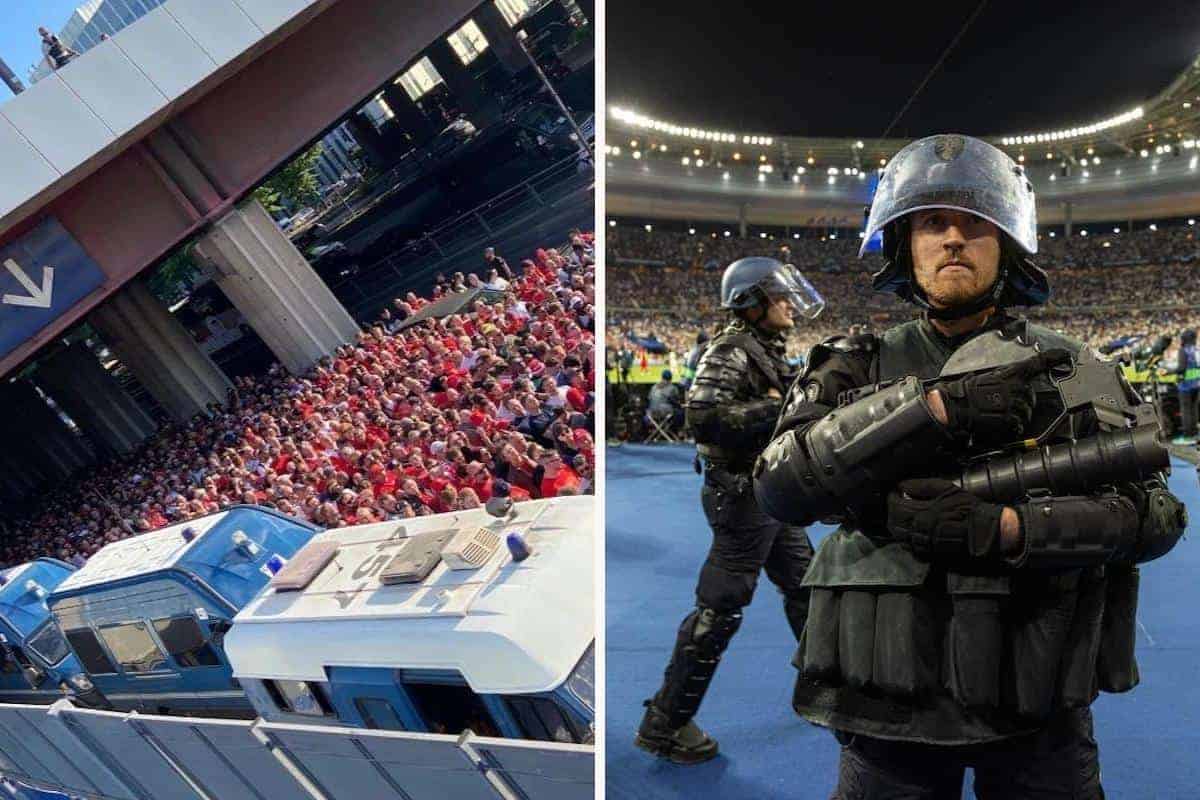 What was to be one of the best nights of any football fan’s life turned into a nightmare, and Danny Dwyer recounts his experience of a hostile and terrifying evening in Paris.

I’ve been too emotional and struggled to articulate my thoughts so have been retweeting others’ views on what happened on Sunday night, still processing what I witnessed pre-match. What should have been one of the best nights of our lives, unfairly and avoidably turned into a nightmare.

We will not be wrongly painted as the bad guys again. Once more, we’ve been let down by the complete negligence of local authorities, this time the French Police, and what seemed like a clear plan from UEFA to create unrest amongst Liverpool fans.

Local ticketless Parisians, who had no business being anywhere near the stadium, created havoc, jumping the barriers and easily escaping riot police, attacking and robbing our fans, leaving them ticketless and bloodied. So much security, so little protection.

I got through the first checkpoint at 6pm, with a vague ticket check and no body search. My pockets were bulging with personal belongings and I expected to be checked. I could’ve had anything in there. That raised alarm bells as to how security would operate at the Stade de France. 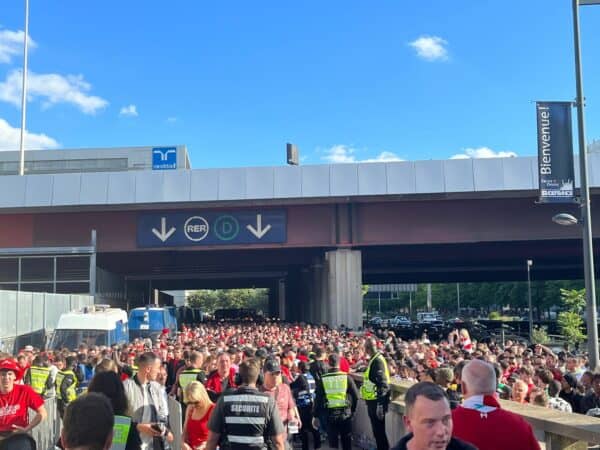 Locals managed to get to the turnstiles with knives, which would be used in random and unprovoked attacks on peaceful, innocent people with genuine tickets. Stewards didn’t care, and actually laughed in my face when I showed them my ticket through the railings asking for an update.

I saw one Liverpool fan covered in blood absolutely raging at somebody he claims attacked him and stole his ticket, whilst the riot police stood around the man in question protecting him as if the Liverpool fan was the enemy.

The crush at Gate A was terrifying. I felt faint and on the verge of throwing up with fear. Middle-aged and elderly men in tears, clearly triggered and fearing the worst. We all knew how this could have ended.

I broke down, crouched against a wall, inconsolable. I’ve never cried like that in my adult life. A fellow Red came and picked me up to give me a hug. I needed it. I’d been separated from my mate who had, fortunately, successfully entered at Gate Y moments before all gates closed. 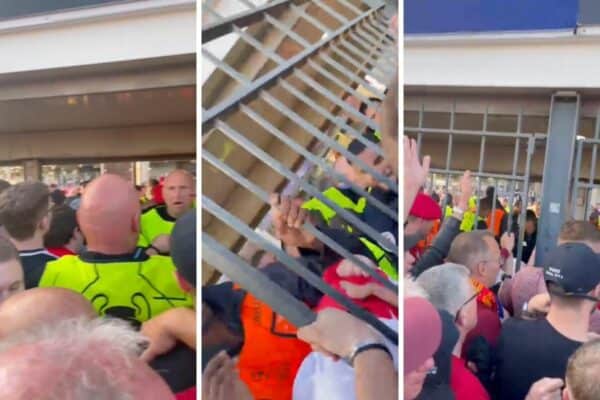 I called my girlfriend back home and told her what was happening, sobbing and very open about how scared I was. I felt the need to make the call. Was I next to be randomly attacked? Was I gonna end up in a crush I’d be unable to escape? All of this is on UEFA and French police.

We were all there hours early, in good spirits, peaceful and having a good time. Even when the gates were closed with a lack of explanation we were all so patient, expecting whatever was causing the delay to be sorted soon. They were closed so abruptly as fans behaved normally.

I eventually got in the ground at approximately 9.20pm, via the Madrid gates. The ticket I paid well over face value for wasn’t even scanned. I might as well have bought a blag for £30. Section gates were slightly open, allowing us to get to the Liverpool end and into our seats.

The football didn’t matter. I struggled to sing during the game due to the stress and being upset, but I managed it. I didn’t take a single photograph at a European Cup final. Incompetent crowd control and organisation from authorities had ruined the night for thousands of us.

I feel so sorry for the dads who had brought their kids to their first European Cup final. Losing is part of being a fan, but being tear-gassed by police and denied entry is not what you expect to deal with. I know loads gave up and didn’t get in at all, I’m so sorry for them.

The bottleneck continued after the game as we were all forced into a narrow street which had been further narrowed by police vans, riot squads and barriers; glass bottles were thrown into the crowd by local gang members. It was so hostile and intimidating.

You had to have eyes everywhere because the abuse from locals was coming from all angles. We all had our heads down completely deflated with one thought in our minds – get the fuck out of Paris.

None of it was provoked by us. There were no interventions from the police.