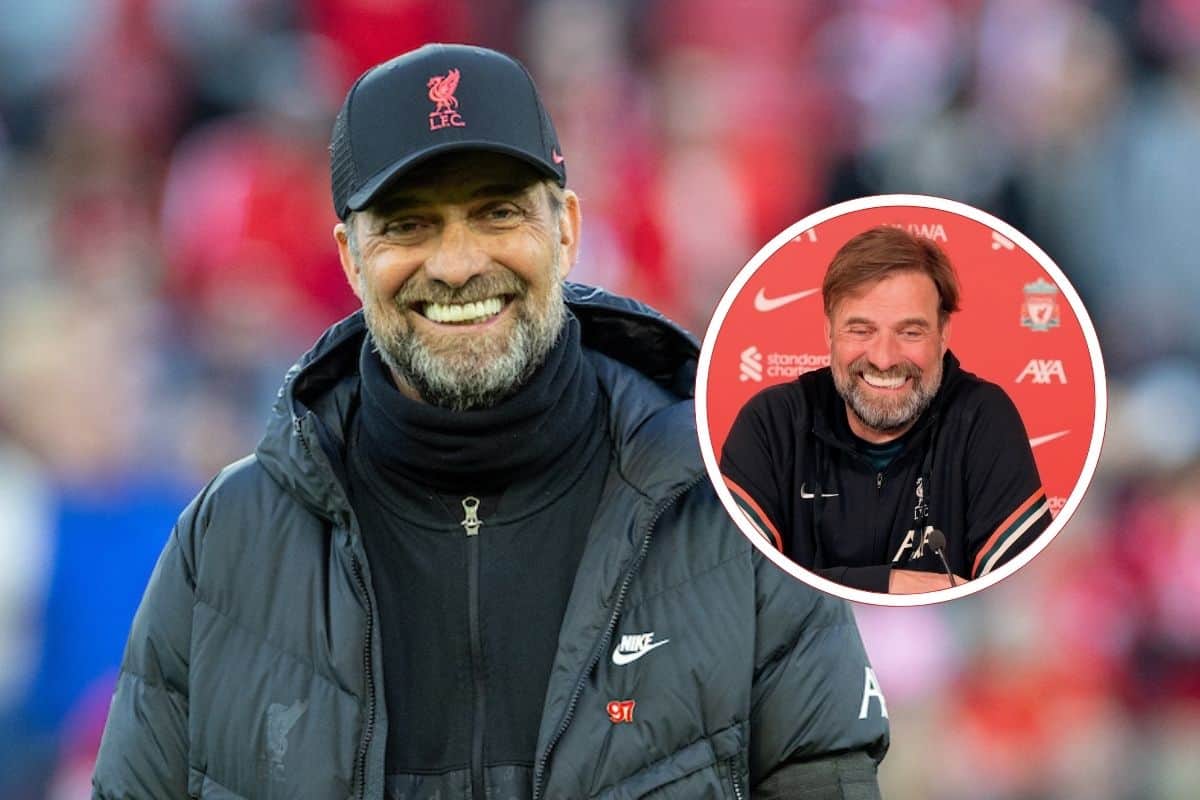 Pep Guardiola flummoxed many when he spouted that “everyone in this country supports Liverpool” without being invited to discuss the Reds, and Jurgen Klopp has responded.

Both Guardiola and Klopp thrust themselves into the spotlight this week following their post-match comments, the former for a bizarre Liverpool rant and the latter for Tottenham‘s tactics.

But it was the Man City boss’ words, after watching his side demolish Newcastle 5-0 in a sport-washing derby, that spread like wildfire as he said: “Everyone in this country supports Liverpool, the media and everyone.”

It came as a humorous shock to Liverpool supporters as it’s most certainly not the case when you consider the ‘welcome’ from other supporters when travelling up and down the country.

And in his press conference on Monday, Klopp was asked about Guardiola’s words – to which he laughed off as it has not quite been his experience.

“I live in Liverpool so a lot of people here want us to win the league, that’s true, but even here it’s probably only 50 percent – other people are involved in another fight,” Klopp said.

“So what I said [after the Spurs game], would I say it again? No. What I said after the game, they play like they play are still only fifth.

“It felt good in that moment, but wrong. It was just my feeling at that moment and I couldn’t respect Antonio more and how he organises his team, my god.

“I don’t really know the situation Pep was in after getting knocked out of the Champions League, that’s obviously already really difficult enough to take but then, of course, Liverpool made it to the final.

?? "Everyone in this country supports Liverpool, the media and everyone… Our destiny is in our hands, this is important."

“You have these kind of things, ‘they played Villarreal and we played Real’. Then, you say what you say.

“I was right about Tottenham and [Pep] was right that we only won the Premier League once.

“I have no idea if the whole country is supporting us, I don’t know that, it’s not the feeling I get, actually, when we go to other places and play there, it’s actually the opposite.

“But maybe he knows more about that than me.”