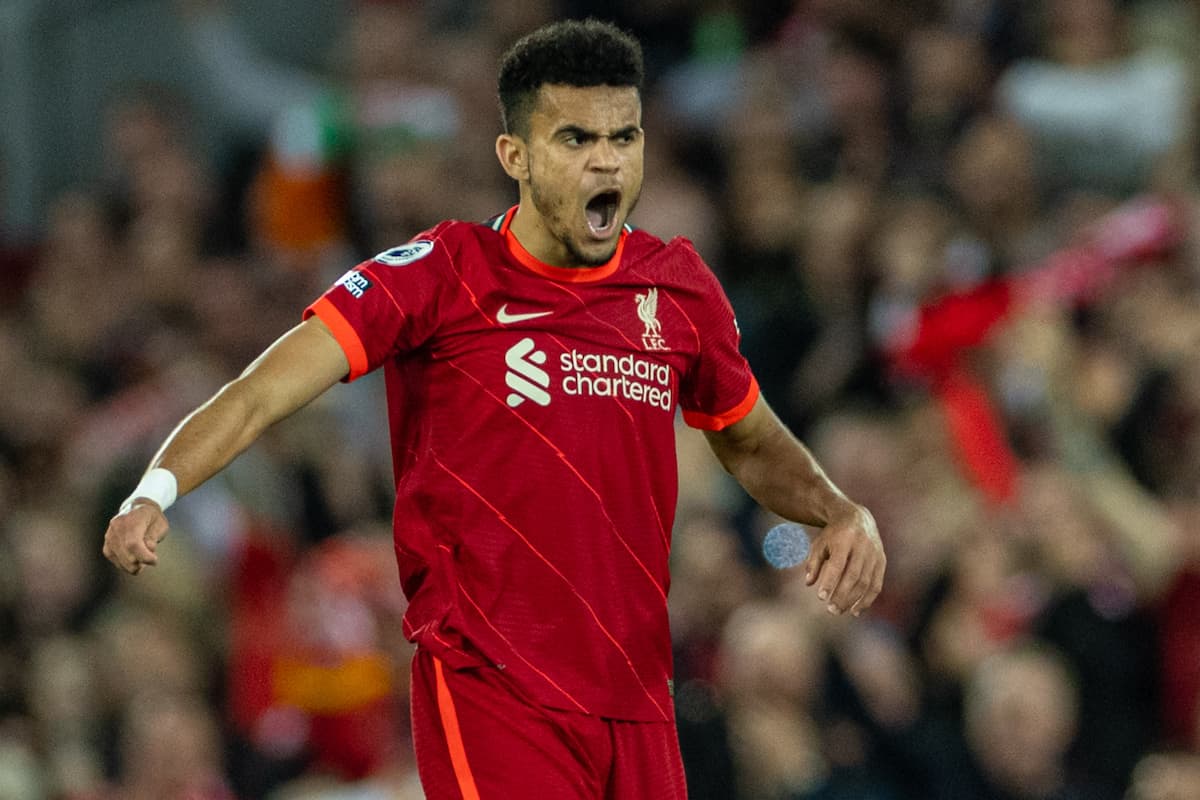 Too many Liverpool players dipped below their highest standards in their 1-1 draw with Tottenham, but Luis Diaz shone yet again.

The Reds knew that a win would take them two points ahead of Man City in this relentless Premier League title race, but it wasn’t meant to be.

Son Heung-min fired Spurs into a second-half lead after a well-worked goal, before Diaz equalised with time starting to run out.

Liverpool weren’t able to find a winner, however, as the game petered out a little in what was a tired performance. 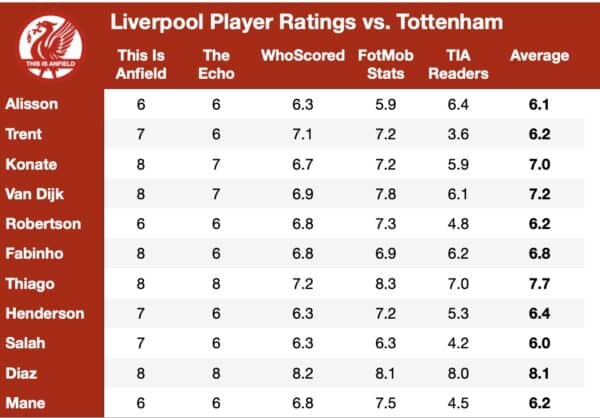 Diaz (8.1) was Liverpool’s star man at Anfield, having looked a constant threat against Antonio Conte’s side.

The Colombian gave Liverpool hope with his deflected equaliser and he was one of the few who didn’t look fatigued on the night.

TIA’s Mark Delgado felt Diaz produced “lots of hard running and a few glints of the jazz we’ve loved these past few months,” in what was another vibrant showing.

Ian Doyle of the Echo said that the 25-year-old “constantly caused the Tottenham right flank issues,” as he continues to prove a stunning signing.

Second in the ratings was Thiago (7.7), who produced his usual class in midfield and never stopped battling.

FotMob pointed out that the Spaniard enjoyed a 91 percent pass completion rate against Spurs, as well as winning both of his tackles and making six recoveries.

Virgil van Dijk (7.2) also found a place in the top three, coasting through proceedings in his usual manner.

The centre-back was “totally relaxed and unruffled,” according to Delgado, while Doyle felt he thwarted Harry Kane “for the most part.”

Mohamed Salah (6.0) got the lowest average – possibly a first for the season – as he almost tried too hard to force things on the ball.