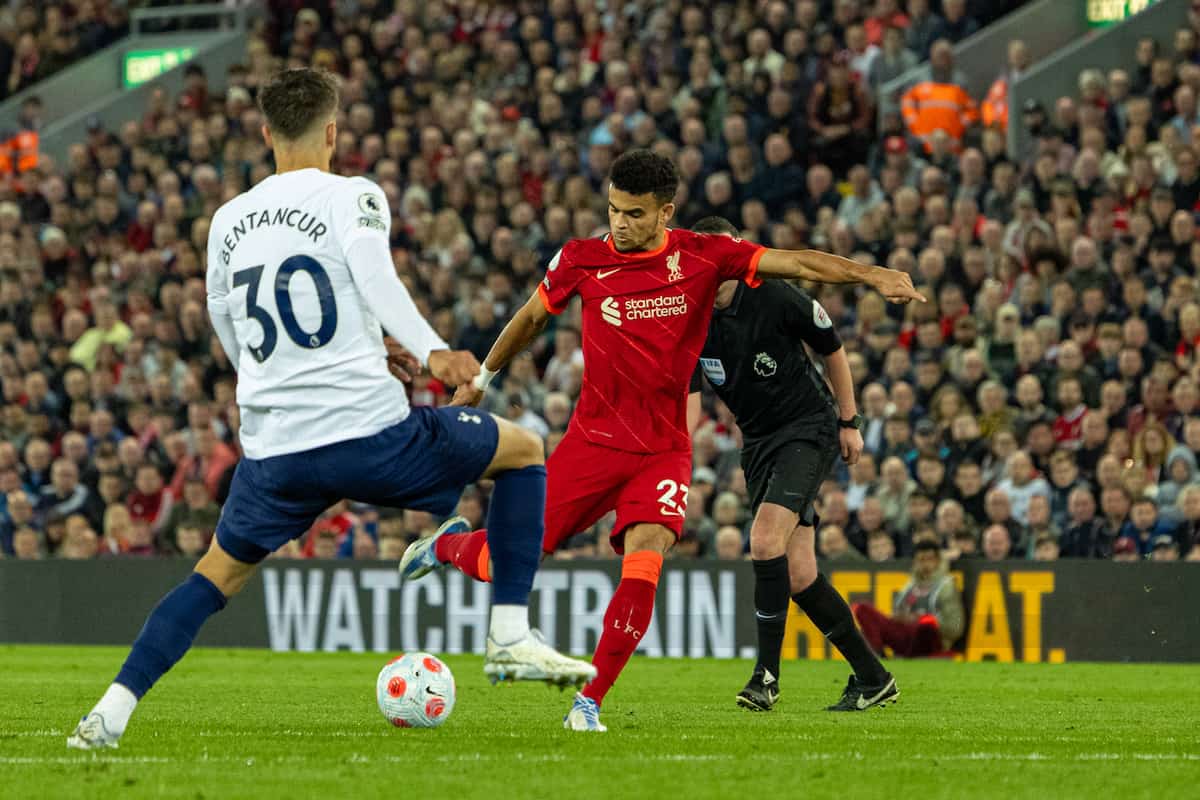 Liverpool knew they needed to be perfect in this title run-in and they had been until now, coming undone with a draw against Tottenham to drop points at home for the first time since October.

Matchday 35 for Liverpool in the Premier League title chase, the penultimate home game of the season. The Anfield crowd certainly brought the noise to play their part.

Liverpool started fast, backed by a vociferous crowd. Spurs were deep, with a five-man defence and three midfielders in front of them.

For all Liverpool’s dominance of the ball, though, it needed a superb block from Jordan Henderson to deny Harry Kane early on.

The closest the Reds came in the first 45 was Virgil van Dijk‘s header off Trent’s corner that hit the top of the bar.

Shortly after, Spurs broke and Emile Hojberg hit the outside of the post from distance.

Goalless at the break. A massive 45 awaited.

Ten minutes after the break, Spurs got the opening goal. Harry Kane was given too much time and space on the edge of the box and he played the ball out to Sessegnon on the left, whose low cross was turned home by Son Heung-Min. 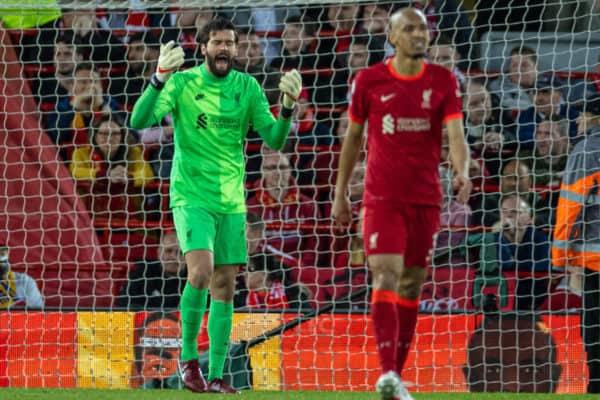 Salah cut inside and rifled off a shot, but was blocked by Ben Davies.

Then Luis Diaz let fly from the edge of the box and his shot deflected into the bottom corner of the net via a deflection. Anfield erupted, as loud as its ever been.

15 minutes to get a winner. It was tense. Liverpool pushed but Spurs defended well and there were few chances found.

Five minutes of stoppage time offered hope for a hero but none arrived. A point gained, now level with Man City at the top, but it’s a massive two dropped and it feels fatal.

Incredibly, this was the first points dropped at Anfield since a draw against Brighton last October.

Next up: a trip to face Steven Gerrard’s Aston Villa on Tuesday night. In the meantime, hope for a miracle off Newcastle at Man City on Sunday.