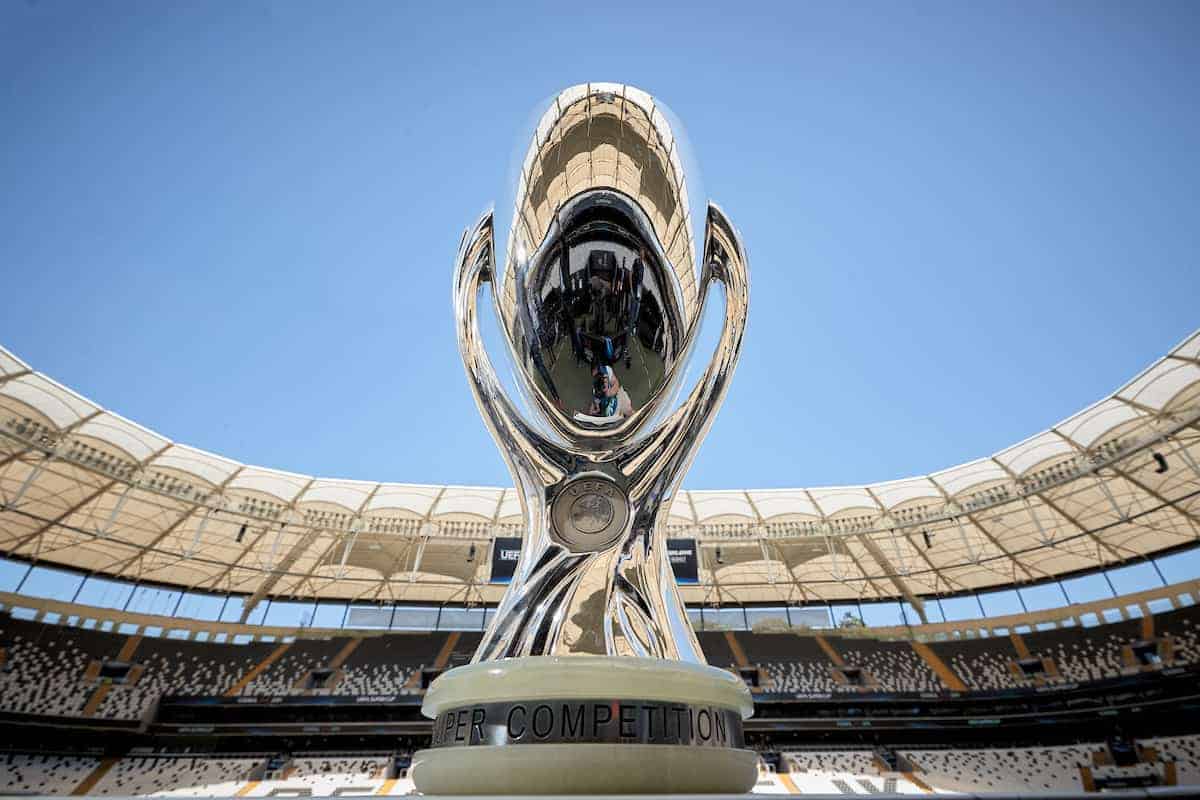 With the Europa League winners now crowned, one side of the UEFA Super Cup bracket has been filled and now Liverpool know their potential opponents should they overcome Real Madrid.

The Reds are just nine days away from the Champions League final and their shot at bringing No. 7 back to Anfield, and victory in Paris would add to their schedule next season.

That includes the UEFA Super Cup, a meeting between the Champions League winner and the Europa League winner – scheduled for August 10 at the Helsinki Olympic Stadium.

And skip this part if you don’t want to feel ticket anger surface, the stadium’s capacity is only 36,200 so you can guarantee that’s less than 10,000 tickets per finalist from UEFA.

On Wednesday evening, the Europa League final was contested between Eintracht Frankfurt and Rangers in Seville.

After a goal apiece in the 90 and a stalemate in extra-time, the game was decided on penalties – and with Aaron Ramsey the only player to see his effort saved, Eintracht Frankfurt were crowned victors.

The 5-4 win on penalties for the German side came after Rangers had opened the scoring in normal time through Joe Aribo, before Rafael Santos Borre Maury equalised to send the match to extra-time.

Ex-Red Ryan Kent then saw a golden chance to win the game in the final moments of the 120-minute clash denied by a world-class save from Kevin Trapp, forcing penalties.

Eintracht Frankfurt’s victory ended a 42-year wait for their second European trophy and secures their place in the Champions League next season and in the contest for the UEFA Super Cup.

The latter is where they will certainly meet the winner of Liverpool and Real Madrid, and, to note, the Reds have won the cup in each of their last three attempts (2001, 2005 and 2019).

Liverpool and Eintracht Frankfurt have met only twice in their shared history, in the UEFA Cup first round in 1972, which saw the Reds emerge as 2-0 victors on aggregate.

But a third meeting is not to be on Liverpool’s radar as before then they must inflict Real Madrid’s first European Cup final defeat after seven successive cup-winning appearances in the showpiece.