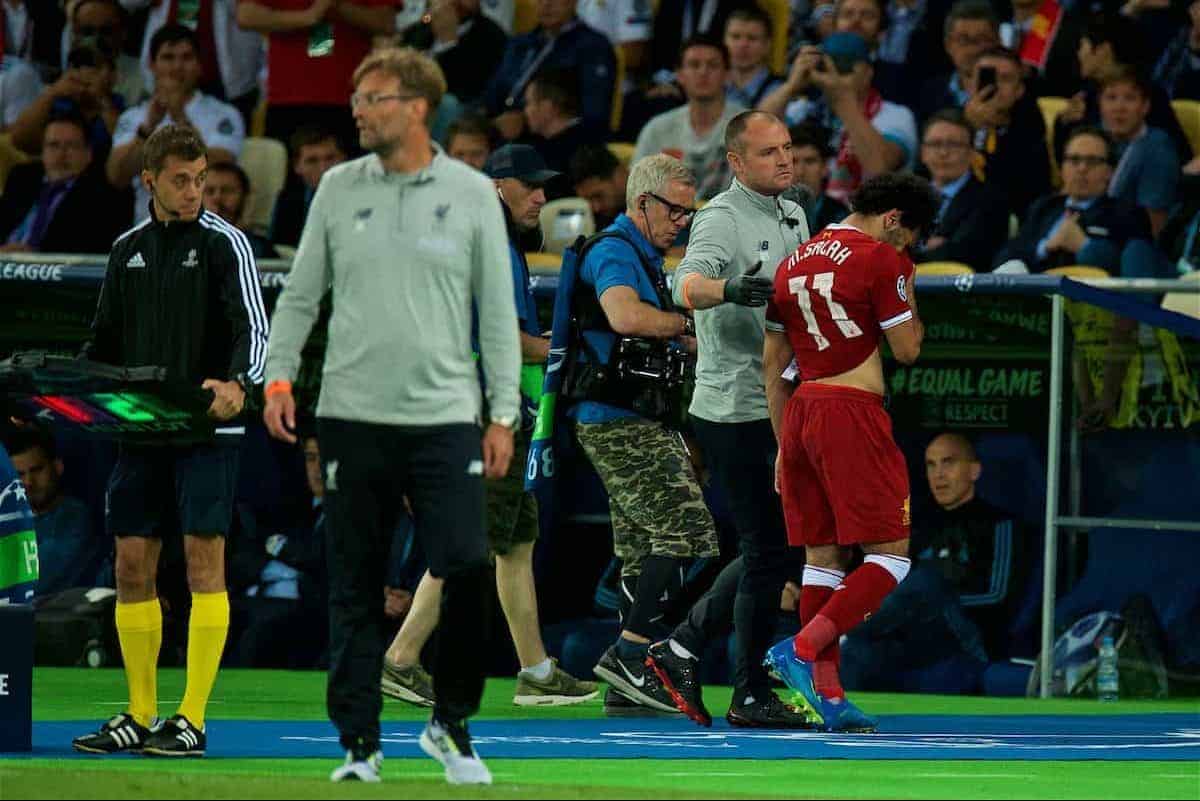 Real Madrid assistant coach Davide Ancelotti says Mohamed Salah’s desire for Champions League final revenge is understandable, but he has warned Liverpool that the Spanish giants “never give up”.

The two clubs meet in Paris on Saturday in a repeat of the 2018 final, which Real won 3-1 in Kyiv after Salah was forced off in the first half with a dislocated shoulder.

Salah left the field in tears that night and responded to Real’s semi-final victory over Manchester City on social media earlier this month by saying Liverpool have a “score to settle” with them.

“It is a great game to play against Real Madrid and I understand that a player has the ambition to play against the greatest team in the competition,” Ancelotti, son of Real manager Carlo, told the PA news agency.

“The players at this level are really competitive, so it is good that a player can find motivation thinking about revenge.

“But the thing we have at Real Madrid is that we are always in the fight.

“We never give up and this is part of the history of these players and this club.

“It has been amazing to experience it (the journey to the final). I have been lucky to live this experience alongside the players and will never forget it.”

Real’s path to the Stade de France – and what could be a record 14th success in the competition – has been a remarkable roller-coaster journey that included a group stage defeat to Moldova’s FC Sheriff.

They recovered from a two-goal deficit against Paris St Germain in the round of 16, before staging dramatic comebacks to knock out both Chelsea and Manchester City.

Ancelotti said: “We are facing a team that maybe is the best in Europe right now.

“But there are no favourites in the final. I think it is 50-50 because a Champions League final is unpredictable.

“Of course my father has a big history against Liverpool. In 1984, he was a player for Roma but was injured and could not play that final.

“In 2005 at AC Milan they were winning 3-0 and lost. In 2007 there was another Champions League final against Liverpool and they won.

“As a manager he will have played five Champions League finals and this is the third against Liverpool.

“He also managed Everton, of course, so Liverpool (in the final) was his destiny.” 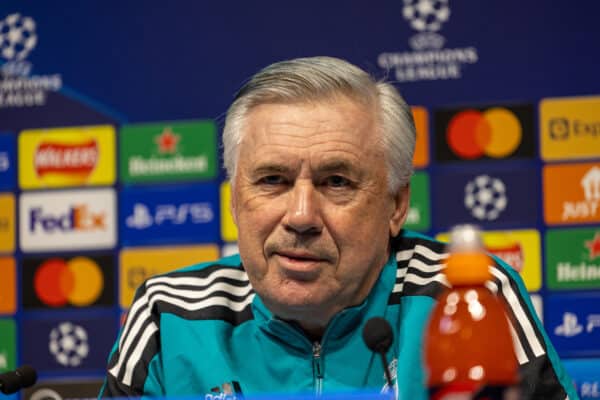 Gareth Bale scored twice for Real against Liverpool in 2018, and the Wales captain has won the Champions League four times during his nine years in Spain.

Bale is leaving Real this summer, but the 32-year-old could yet make a farewell appearance after spending the last six weeks sidelined by a back problem.

“Gareth is a guy that is loved around the place, from the coaching staff to his teammates,” said Ancelotti, who was in Wales last weekend attending the FAW’s National Coaches Conference at Newport.

“This season he has struggled with injuries but we are happy to have him available for the final.

“He already gave a lot of trophies to Real Madrid and has a chance to give the club another one.

“He has written the history of the club because, if you see the pictures of the trophies in the big moments of Real Madrid, there is Gareth and, of course, he will be remembered there.”