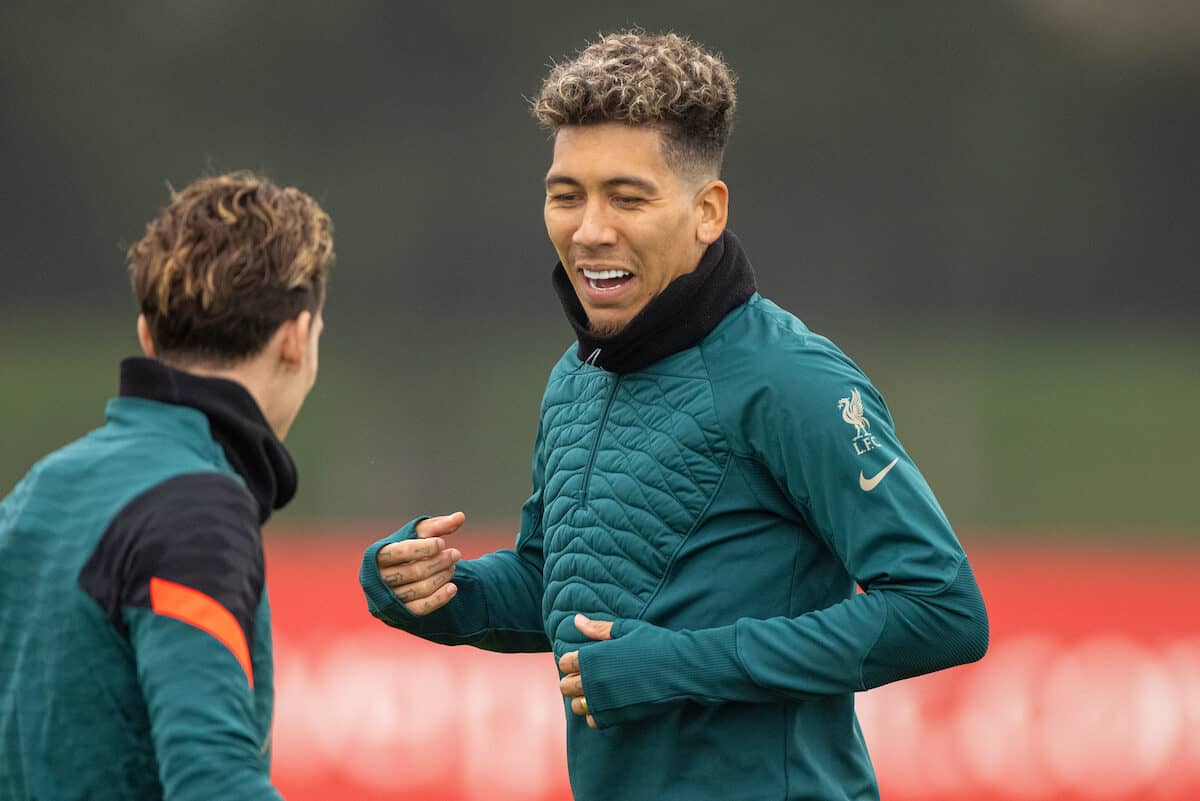 Roberto Firmino is closing in on his return from a foot injury that has already seen him miss four games, but Jurgen Klopp has ruled him out against Villarreal.

Liverpool head to Spain this week for the second leg of their Champions League semi-final, and Firmino will be among those flying out.

However, the No. 9 will not be considered part of that available squad as he continues to recover from a foot injury picked up in the final minutes of the FA Cup semi-final.

Firmino was not part of the training group at Kirkby on Monday afternoon, instead working on an individual programme, running around the perimeter of the pitch.

In his pre-match press conference, Klopp provided a further update on the Brazilian, with the manager hopeful he will be back “sooner rather than later.”

“Bobby is now running, so it’s OK,” he explained.

Bobby Firmino continuing individual training today as he works his way back from injury ????? pic.twitter.com/9LLUaJdOap

“I said it’s nothing serious, it’s not serious [but] very painful.

“[He has] a little strain on the middle foot bone – at least how we’d say in Germany. It’s very painful, each step, but he was running again today.

“He will travel with us, but will not be involved in the squad yet. But we hope sooner rather than later.”

Meanwhile, Divock Origi returned to training on Monday after sitting out of the 1-0 win at Newcastle with the same illness that had sidelined Curtis Jones and Kostas Tsimikas.

“We had the issues with the stomach bug,” Klopp added. “They are all back, so I think that’s it – no concerns.”