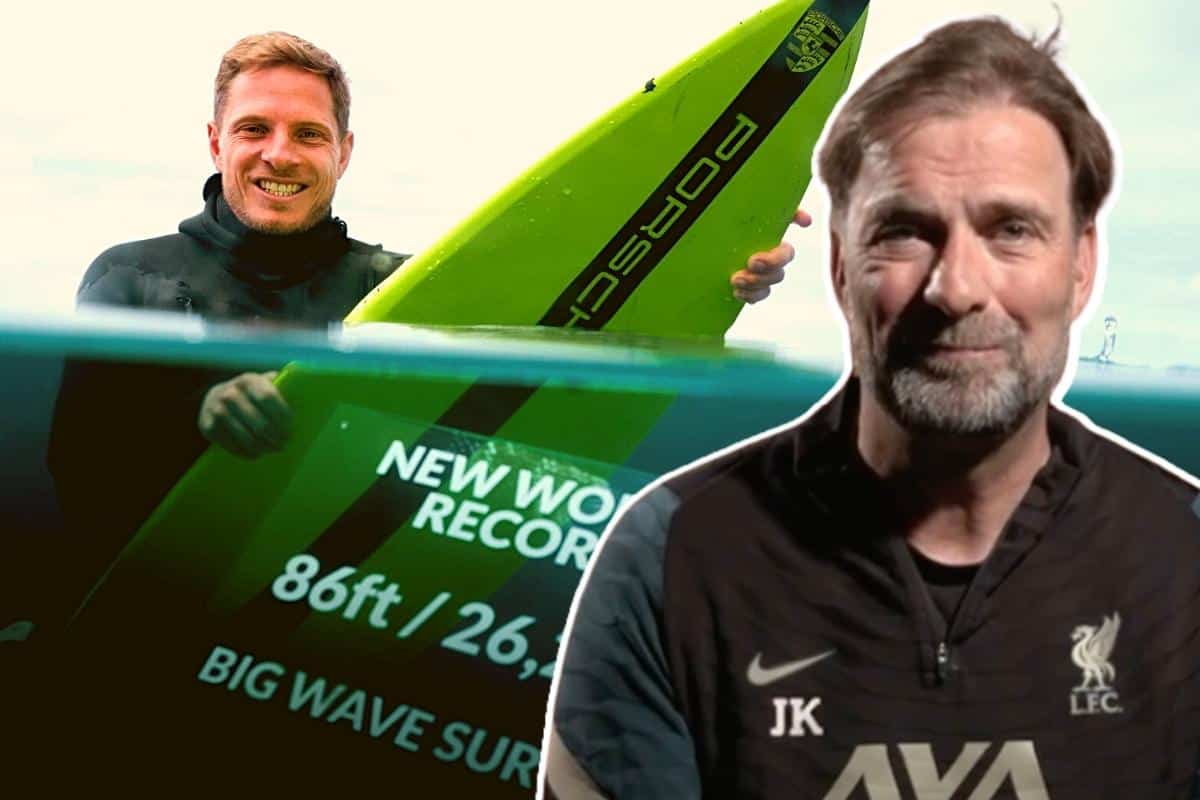 Jurgen Klopp has paid tribute to world-record big-wave surfer Sebastian Steudtner in a special video message, after a meeting during Liverpool’s pre-season camp.

This week, Steudtner was officially recognised as having surfed the highest wave since records began, reaching 26.21m (86 feet) in October 2020.

Though it took almost two years for the record to be honoured, the German was acknowledged by both the World Surf League and Guinness World Records on Tuesday.

Steudtner achieved the feat in Praia do Norte in Nazare, with the ceremony also held in the Portuguese town.

In 2019, Steudtner held sessions with the Liverpool squad during their pre-season training camp in Evian, including a number of underwater breathing challenges to test and improve their mental strength.

“He explained how to cool down your mindset, how to bring yourself in another, maybe happier, place so you can do that for longer,” Klopp explained at the time.

Steudtner clearly made an impression on Klopp and his players, and the Liverpool manager has paid tribute to his world record in a video message.

“But we will never, ever reach the height of your wave – 26.21m is absolutely insane.

“Congratulations from the bottom of my heart. I knew you are the greatest, now the whole world knows it, really.

“Enjoy the night, enjoy the awards and you should be proud – I am. So have a great night, all the best and see you on the next biggest wave.