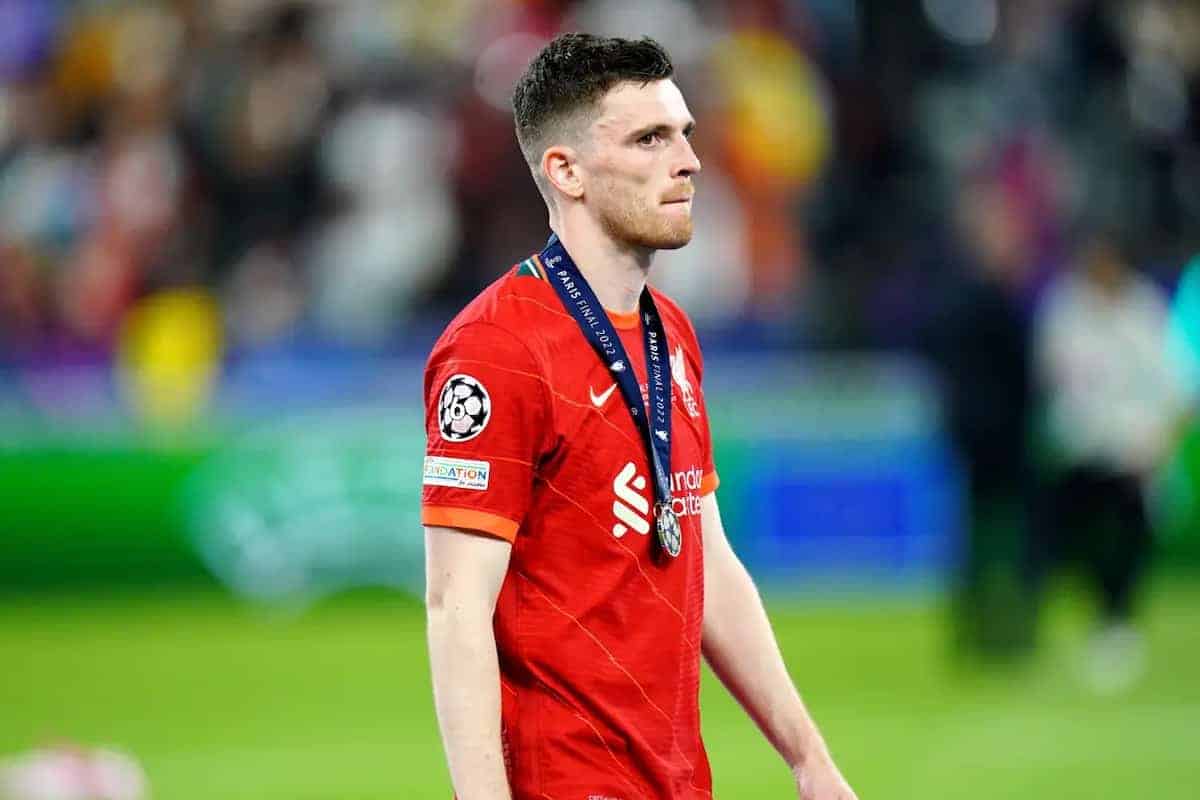 Andy Robertson has joined a four-man injury list for Liverpool after the end of the club campaign, pulling up with an issue while on duty with Scotland.

It was a relentless season for Liverpool, and particularly for Robertson, who clocked the fifth-most minutes of any outfield player for club and country (4,664).

The Scotland captain did not stop after the Champions League final, though, having joined his national team for their crucial World Cup playoff against Ukraine and UEFA Nations League clashes with Armenia and the Republic of Ireland.

He played 256 minutes over those three games, but has missed out on the reverse fixture against Armenia on Tuesday evening due to injury.

While the nature of Robertson’s injury is undisclosed at this stage, it is a setback for the 28-year-old regardless – and he is not the first Liverpool player to have endured one this post-season.

Diogo Jota pulled up with a thigh problem after Portugal’s 1-0 loss to Switzerland on Sunday, while Mohamed Salah missed the last two games for Egypt and Thiago left the Spain squad.

At least three of that quartet are expected to be given an extended break beyond the start of pre-season on July 4, with Thiago also potentially granted further rest.

But it remains a concern due to the ridiculous strain on players with the scheduling of up to four international fixtures at the end of a long campaign.

Some national team managers have shown care when it comes to the workload on players, with Virgil van Dijk and Trent Alexander-Arnold released early and Jordan Henderson left out of the England squad by mutual decision.

Others, though, are clearly too reliant on the world-class talent within Jurgen Klopp‘s squad, and it is taking its toll after a season that saw Liverpool compete in every game possible.