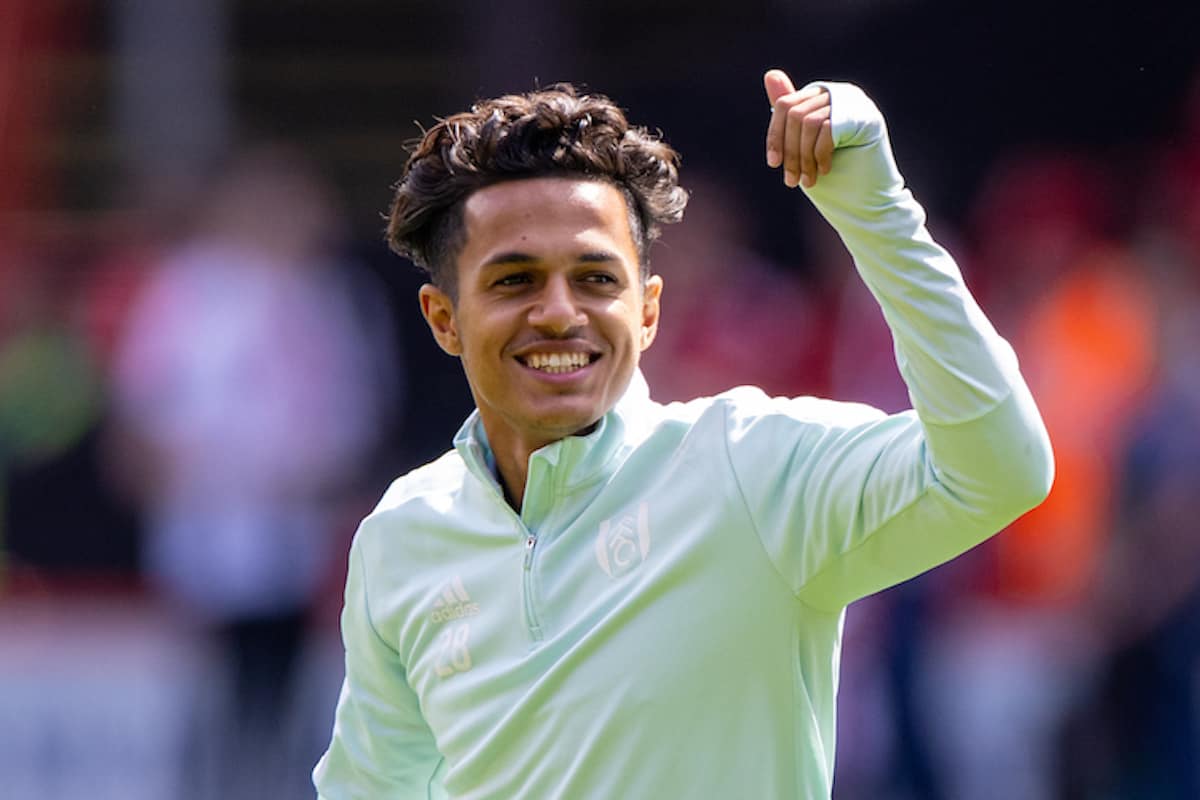 Fabio Carvalho continues to show what he is capable of for the Portugual under-21s, with the teenager needing no time to find his touch and score in a 9-0 rout against Liechtenstein.

The 19-year-old is only a matter of weeks away from linking up with his Liverpool teammates for the first time, but before then he is enjoying international action at youth level.

Having chosen to represent his birth country of Portugal earlier this year, Carvalho’s European U21 Championship qualifying campaign continued on Tuesday evening.

Unlike his previous outing against Belarus on the weekend, where he duly impressed, Carvalho started from the bench against Liechtenstein and was introduced at the 77th-minute mark.

The scoreboard at the time already read 6-0 in Portugal’s favour, and Carvalho did not wait long to make his mark on the emphatic rout.

It was less than two minutes, to be exact before the 19-year-old worked himself into the penalty box and with a first-time finish on the half volley found the back of the net to make it 7-0.

His outswinging corner delivery then set in motion Portugal’s ninth goal just 12 minutes later, with his outing proving to be an impressive cameo that showed off his finishing and composure.

It maintained Portugal’s unbeaten run in qualifying, but their place in the Euro U21 finals next summer was already secured prior to kickoff thanks to results elsewhere.

But they still have one more game to contest, against Greece on June 11, before Carvalho can bring a close to his season and start his summer break before joining his new club for pre-season on July 4.

Carvalho was not the only Liverpool youngster to find the net on Tuesday, with Sepp van den Berg scoring his first goal for the Netherlands U21s in a 6-0 win over Gibraltar.