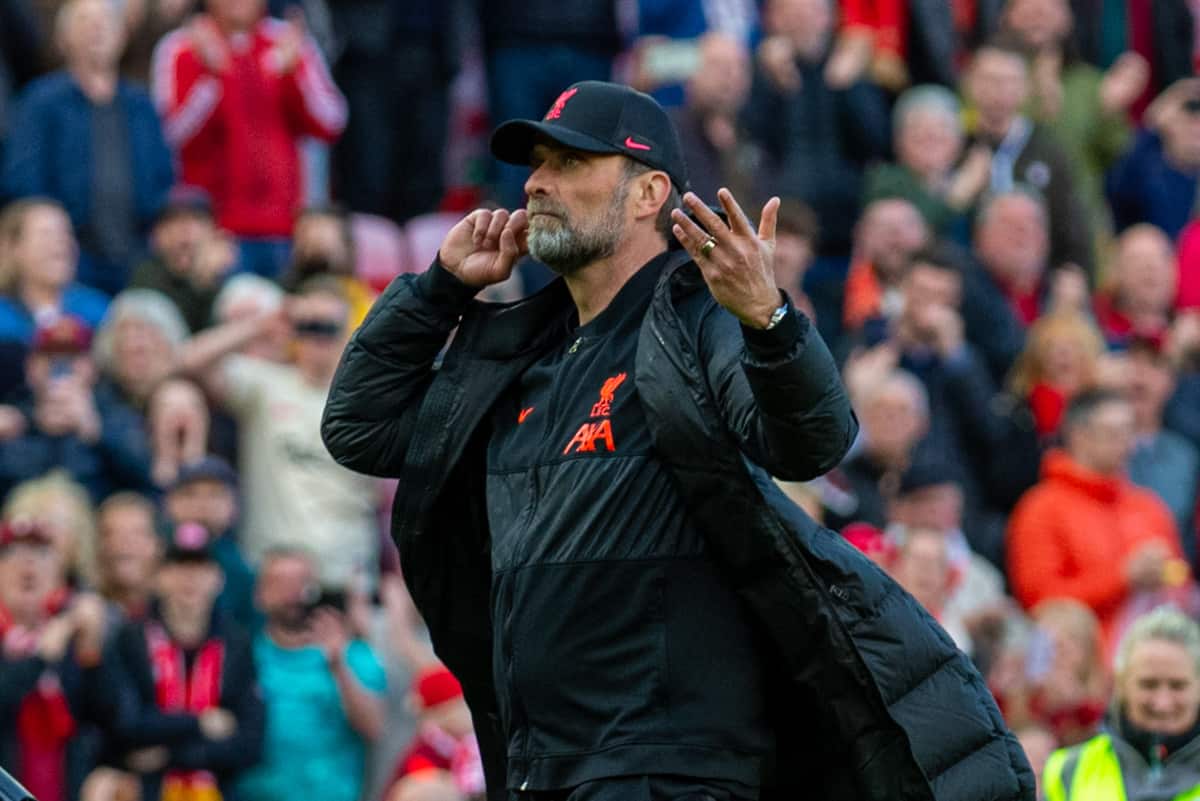 Liverpool’s season starts with a road trip to Fulham and also ends away from home, and fans were left with two contrasting emotions as a result.

The stepping stones to the 2022/23 Premier League title have been confirmed, with it all now in Liverpool’s hands as to how they navigate the campaign when it returns in August.

The Reds will head into the new season off the back of yet another narrow margin of defeat in the title race and will be eager not to see a similar script unfold for the third time in quick succession.

Liverpool’s full fixture list makes for interesting reading and it all kicks off at Fulham, with Crystal Palace then making the journey to Anfield before a trip to Man United.

And it all left plenty for fans to take in…

For what feels like the 10th year in a row we are facing the Championship Champions in the season opener. Don’t think we’ve drawn or lost one in a while? https://t.co/SoRh9KP0uf

Liverpool facing Manchester United, Everton, Chelsea, Arsenal, and Tottenham away by early November is quite a start to the season.

Fulham are much stronger than Norwich. https://t.co/lJqn1B1kRe

Good 1st fixture facing Fulham, good early fixtures (happy to play United away early on in season) and good closing fixtures in May ending vs Saints. April looks like the toughest month difficulty wise, though when you add in Champions League matches that gives a fuller picture.

So Liverpool have got Fulham away first up then Palace at Anfield then Man Utd away. Hopefully that means 3/3 and 9 points. A good start to the 2022/23 season.

But there were some sticking points in the schedule…

Southampton away last game of the season is so shit

I swear there's meant to be a rule that you don't have an away game first and last of the season? https://t.co/AiIgfDh7NN

Brighton away in the winter again I see. Convinced there’s a conspiracy on the go.

Some tricky looking weeks around CL matchdays, but that mainly depends on who #LFC draw in the group stage and the order of those fixtures.

Overall, a fairly nice-looking set of matches for Jurgen Klopp's side, I would say, with the big games spaced out across the season.

While it feels as though one season only just finished, the new one is now only less than 51 days away, with Liverpool returning to pre-season in less than 18.

It’s going to be here before we know it!