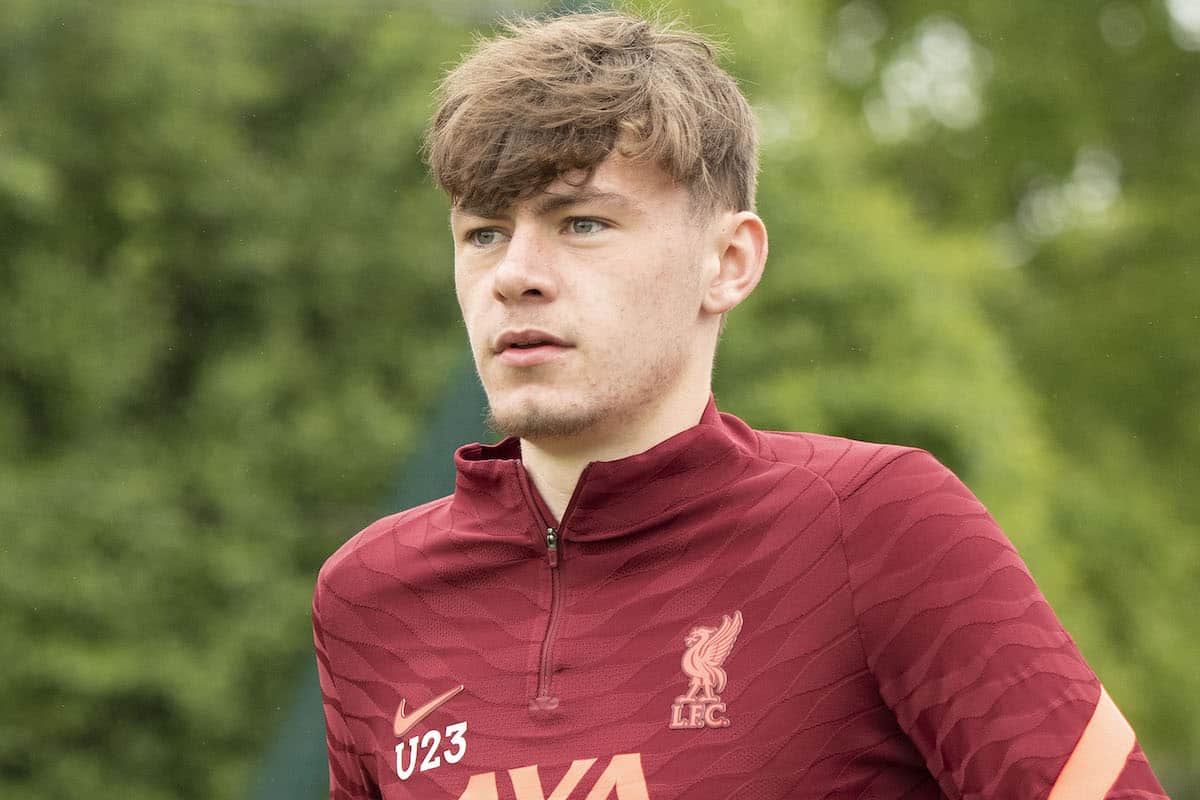 Liverpool youngster Conor Bradley made his unofficial debut for Bolton on Tuesday evening as they opened pre-season with a 9-0 win, assisting three goals.

This season brings a big opportunity for Bradley, whose breakthrough with Liverpool and Northern Ireland last term has marked him as one to watch for the future.

The 18-year-old right-back has joined Bolton on a season-long loan, with manager Ian Evatt expecting him to challenge for a first-choice starting role with the League One club.

Bradley made his first appearance for Wanderers on Tuesday evening, then, as they took on local side Longridge Town in a pre-season friendly.

? Great to have you onboard, Conor! pic.twitter.com/QIeZ49yaQW

Evatt named two XIs for either half, with Bradley starting in the second 45 alongside the likes of Dapo Afolayan, Dion Charles, Declan John and former Liverpool youngster George Johnston.

It was a big impact from the teenager, who teed up three goals as Bolton struck six times in the second half to seal a comprehensive 9-0 victory in the perfect warmup.

After just nine minutes on the pitch, Bradley had laid on his first, winning the ball high up and then playing it through for Charles who began his hat-trick.

Great linkup play with Aaron Morley saw the youngster cut back for another for Charles on the hour, before he was brought down in the penalty area after a trademark burst to allow the striker to get his third of the night.

A trio of assists was certainly not a bad way to make his mark, as Bradley looks to capitalise on his chance at Bolton.

That is particularly so given he only joined up with his new team-mates for the first time the day before.

“I just can’t wait for the challenge,” Bradley said in an interview with Bolton’s official website.

“I know it’s going to be tough, I know there will be ups and downs, but I just can’t wait for it.

“Hopefully I can do as best I can, hopefully the team can also do as best we can and push for that promotion.”

He added: “If I get playing the amount of games I want to, then hopefully I can also impress Liverpool by showing them that I can do it in League One and Bolton, with loads of fans in most games.

“It will be massive for me, playing week in, week out with stuff on the line, because obviously there’s not much on the line when you play U23s football.

“I think it will be a massive learning curve for me in my career.”

Bradley is not the only Liverpool youngster already in action with his loan club this summer, with Jakub Ojrzynski having played 45 minutes in Radomiak Radom’s 1-0 loss to Korona Kielce last week, keeping a clean sheet in his half.

Billy Koumetio was not involved as Austria Wien beat FC Traiskirchen 3-0 on Tuesday.