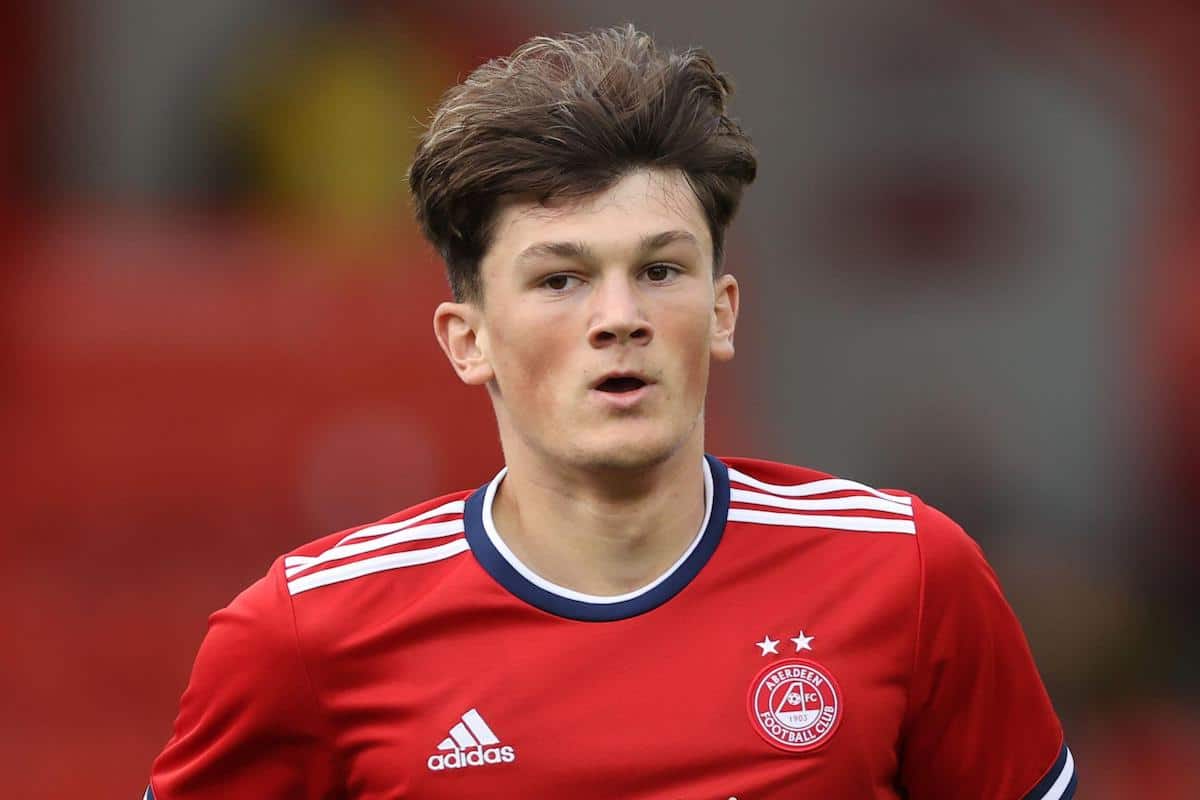 While the focus remains on Darwin Nunez‘s potential club-record move to Liverpool, the club are already “close to completion” on Calvin Ramsay.

It stands to be a busy summer for the Reds in the transfer market, with Fabio Carvalho already signed and at least two more deals lined up.

With Sadio Mane expected to depart for Bayern Munich, the club have identified 22-year-old Benfica striker Nunez as his ideal replacement.

Meanwhile, talks are ongoing over a deal for Aberdeen right-back Ramsay, who is tipped to join Liverpool in a deal worth around £4 million.

Ramsay, 18, shone at first-choice right-back at Aberdeen this season, with one goal and nine assists in 33 outings, attracting interest from the likes of Leeds, Bologna and Sassuolo.

However, with Liverpool his preferred destination, Leeds instead sanctioned the £10 million signing of Rasmus Kristensen from Red Bull Salzburg.

Now, it is claimed that Liverpool’s pursuit of Ramsay is “close to completion,” with the Mirror‘s David Maddock among the journalists on Merseyside to report the news.

Goal‘s Neil Jones adds that the deal is likely to go through “in the next few days,” with the Mail‘s Dominic King suggesting the teenager “is in line to complete a medical at some point in the coming days.”

Ramsay’s arrival will have a knock-on effect on the rest of the squad, with Neco Williams set to leave on a permanent transfer worth between £10 million and £15 million, as Fulham and other clubs circle.

Youngster Conor Bradley could also leave on loan, with the Northern Ireland international’s first-team chances reduced after five appearances in 2021/22.