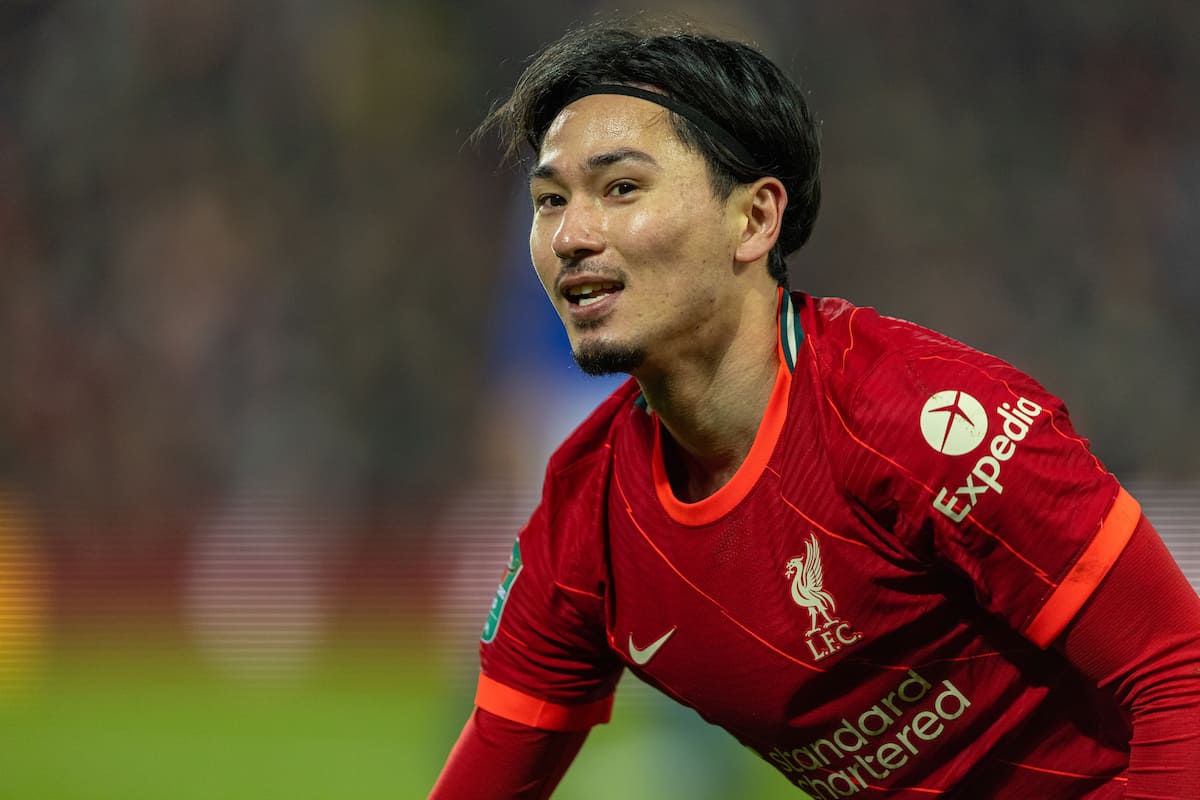 Takumi Minamino was left motivated by “anger” of his limited playing time at Liverpool and the desire to consistently play in meaningful matches and make a valuable contribution.

The 27-year-old made 24 appearances for Liverpool last season, his best return since joining in January 2020, but still a distance from his desired target.

While taking up a place on the fringe of Jurgen Klopp‘s squad, Minamino provided a valuable contribution to Liverpool’s domestic cup double, with seven goals combined in both competitions.

Minamino’s presence made the triumphs possible and after his crucial goal at Southampton in the penultimate Premier League match, the manager said “it’s a crime Minamino doesn’t play more.”

And a summer departure this summer will come as no surprise, with Monaco emerging as frontrunners while Lyon are also involved in negotiations for the Japan international, who is valued at £17 million.

With question marks over his future, he reflected on the limited opportunities he has at Liverpool and what he uses as motivation when his greatest wish is to make consistent and valuable contributions.

“Many of the games I played weren’t of interest to anyone,” Minamino said, via Japan outlet Sanspo.

“Even if I left the results, there wasn’t much response. I was trying to inspire myself to prove my worth. I was doing personal training other than team training.

“I didn’t want to keep up with my body when I entered the game because I wasn’t in the game, so I did personal training with Plus Alpha. I was thinking that I would leave something behind when I went to the match mentally. 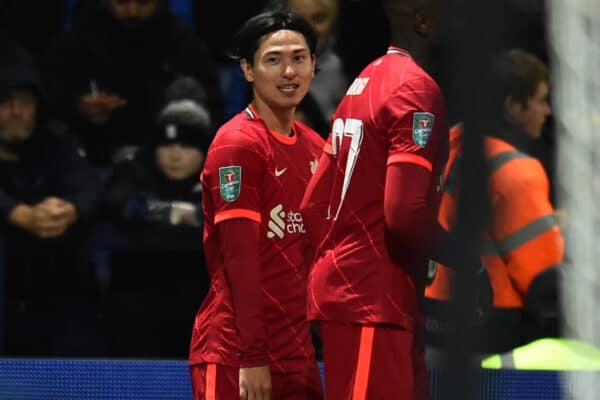 “I felt motivated by regret and anger every day.

“I’ve never had this much time as a player. It was difficult to maintain the condition and connect with my feelings, but it was a season that seemed to have grown. It was disappointing but fulfilling.

“At the same time, it makes sense to play an important game and leave a result, so it is said that I got out and got a result, but I do not think it was a big deal.

“I just did the obvious thing. It was more disappointing than the response. I want to do my best to be a player who can produce results in important games. ”

It’s an honest assessment from Minamino that also leaves a tinge of sadness on his behalf, with his time at Liverpool not quite reaping the consistency he so clearly craves.

There’s a strong desire to leave his mark and while he did so in the League Cup and FA Cup this season, he, rightly, wants that feeling on a regular basis beyond just those competitions.