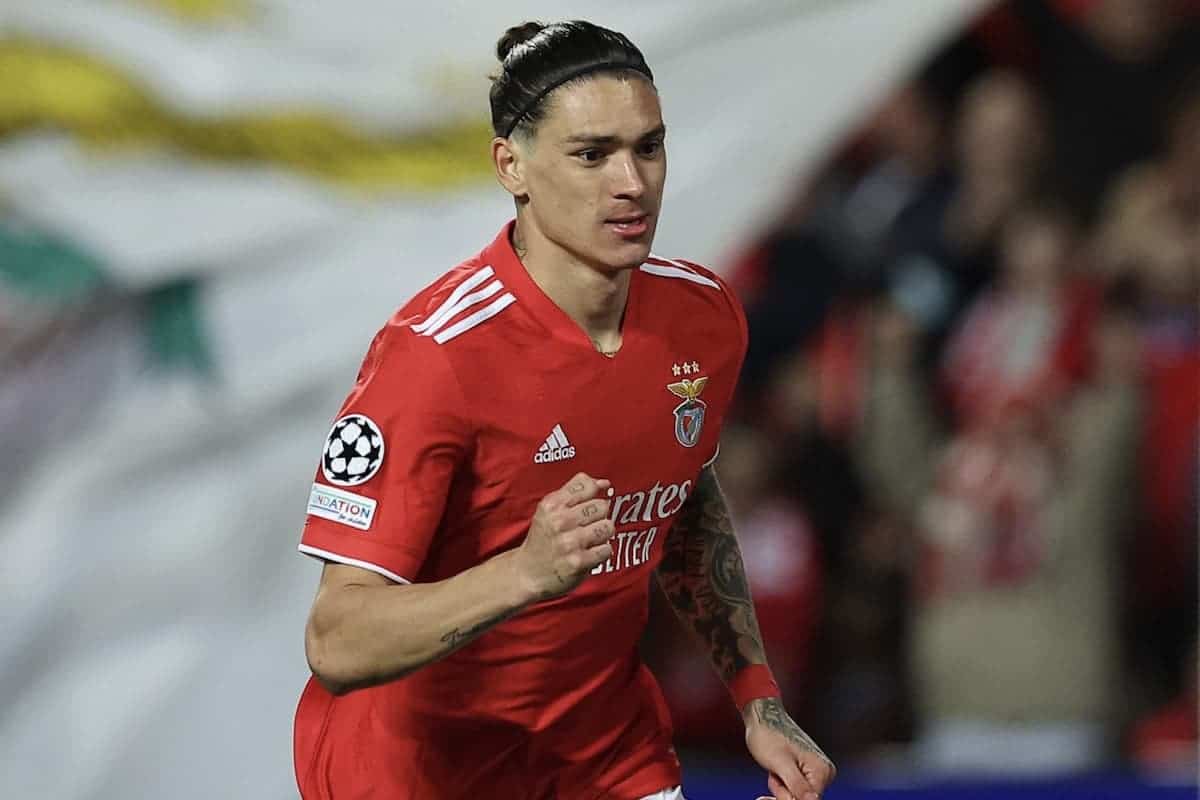 With the news of Bayern Munich’s opening bid for Sadio Mane, a leading Liverpool journalist has confirmed the club’s interest in Benfica striker Darwin Nunez.

The Reds have reportedly turned down an initial bid of £21 million rising to £25 million for their No. 10, which despite having only a year left on his contract is a very low offer.

But this is only likely to be the start of a back-and-forth between Liverpool and Bayern, with Mane expected to depart this summer after six years at Anfield.

It will be a blow to the Reds, but there is an acceptance that the club will absorb it and continue to grow, with a replacement to be identified before Mane is permitted to leave.

Over the weekend, the Independent‘s Miguel Delaney claimed that Man United would “rival Liverpool” for Benfica’s Nunez, which came out of the blue in terms of interest from Merseyside.

But now top-tier source Paul Joyce, writing for the Times, has corroborated this information, confirming that “there is interest” in the 22-year-old.

It is rare for Joyce to outrightly name a transfer target, which could indicate the level of interest – or, of course, Nunez is simply being used as a smokescreen for another candidate.

Amid claims Benfica could seek anywhere between €80million and €100 million for their 34-goal forward, Joyce adds that a deal would not be sanctioned “at any cost.”

That would suggest that Liverpool are only prepared to do business with Benfica on more reasonable terms, though it could be argued that the lower end of their valuation, which is around £68.4 million, could be agreeable.

Delaney had previously claimed that Nunez had “favoured” a move to Anfield this summer, but was “prepared to listen” to United’s offer. 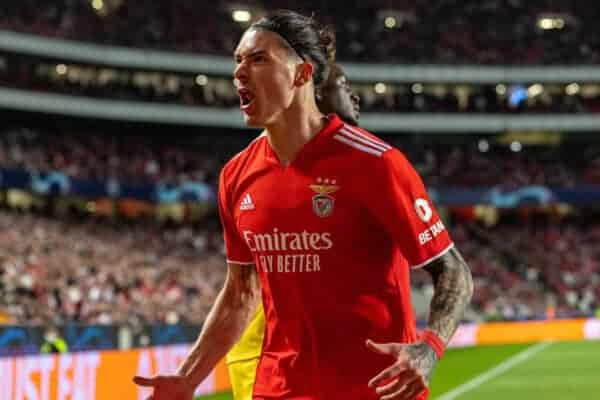 The Uruguayan scored 34 times in 41 appearances for Benfica this season, including one in each leg of the Champions League quarter-finals against Liverpool, between which he received glowing praise from Jurgen Klopp.

“He played pretty much in front of me [in Lisbon] with his tough battles with Ibou Konate,” the manager said.