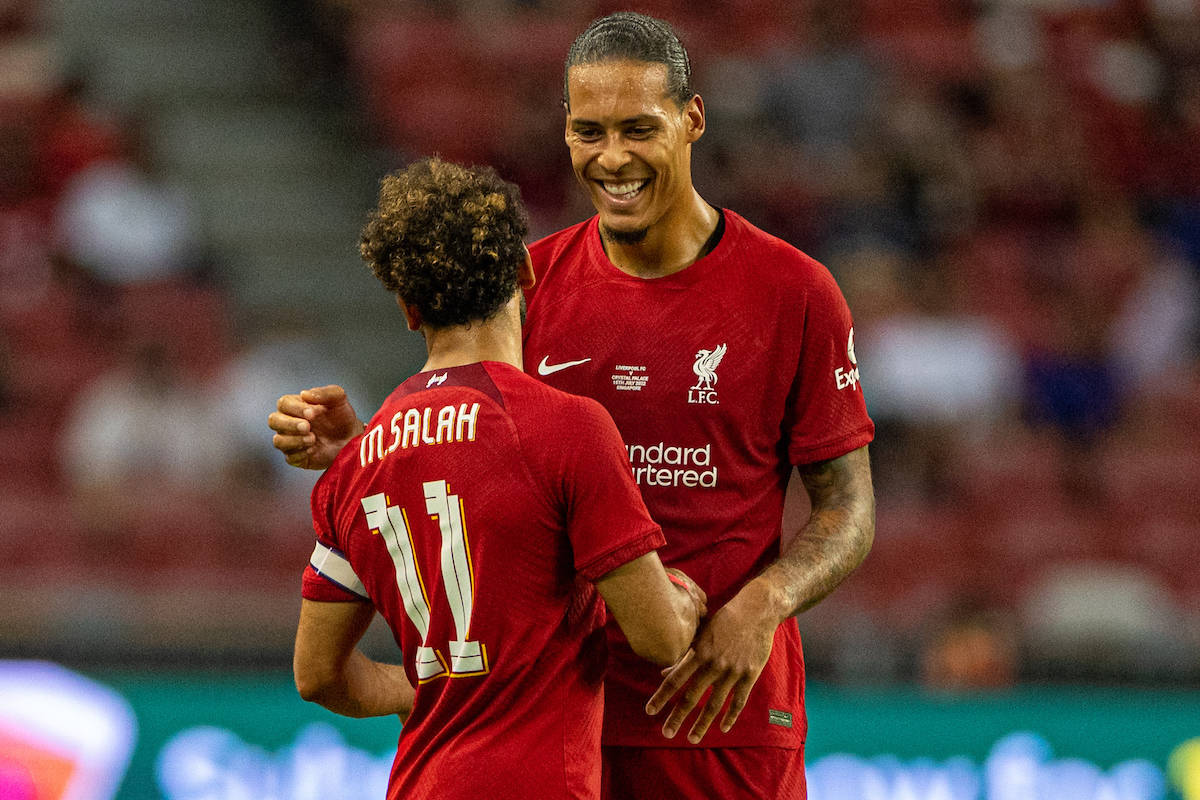 Liverpool are in Germany for their third pre-season friendly of the summer, with Jurgen Klopp naming a strong team to face RB Leipzig tonight.

Six days on from the Reds’ last friendly in Singapore and Klopp’s side is now in Germany for the start of their next stage of pre-season after a handful of days back in England.

The trip to Asia did result in a handful of injuries to see Alex Oxlade-Chamberlain and Diogo Jota left out of the travelling squad, but both Alisson and Calvin Ramsay were included.

With the Reds’ No. 1 not ready for an immediate return, Adrian starts at the Red Bull Arena with Trent Alexander-Arnold, Ibrahima Konate, Virgil van Dijk and Andy Robertson making up the back four.

In midfield, Fabinho, Thiago and Naby Keita all start.

And Mo Salah, Luis Diaz and Roberto Firmino all line up in attack.

With plenty of options off the bench, changes will be in reckoning and it is expected the majority of those will come at half-time as Klopp continues to ramp up the minutes for most of his squad. 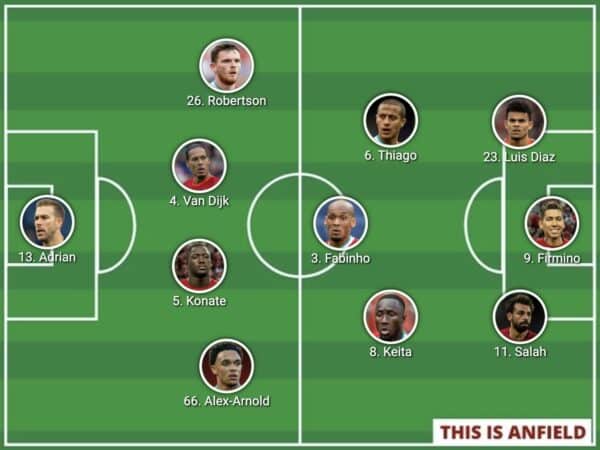 Of the 31-man travelling squad, Alisson, Fabian Mrozek, Calvin Ramsay and Kaide Gordon are the four missing figures from the matchday squad, with all but Mrozek working their way back to full fitness.