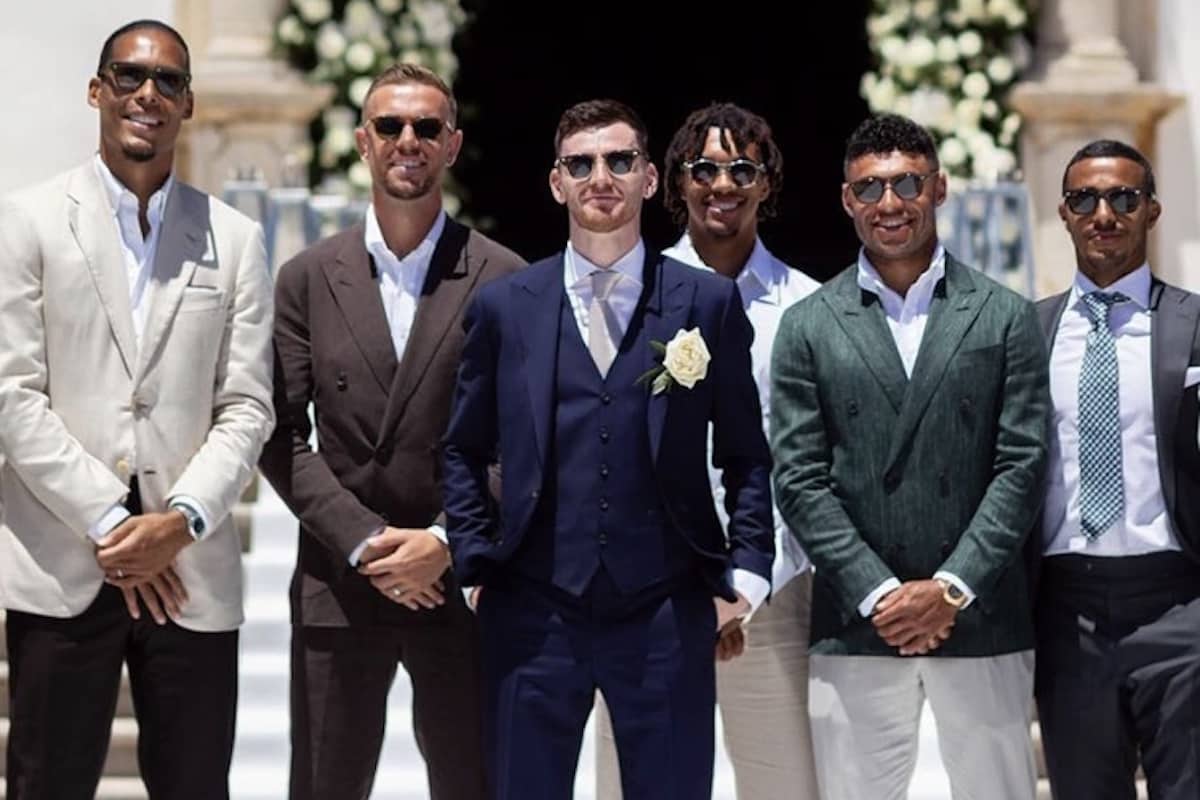 Andy Robertson married his long-term partner Rachel Roberts in a ceremony earlier this summer, with the Liverpool squad turning out in numbers.

While it was a short off-season, the Reds made the most of it as they took time off ahead of the return to pre-season.

For some, it was simply about relaxing on holiday, while others were able to enjoy time with their families – and for Robertson, it brought an opportunity for a wedding.

The left-back married his partner Rachel in a ceremony before the start of pre-season, after what may well have been his stag do in Las Vegas.

And in a photo shared by Jordan Henderson on Instagram, Robertson can be seen flanked by six current Liverpool team-mates and one who has now departed:

In the comments, Lallana joked that he had “drawn the short straw standing next to VVD,” given their height difference.

The ceremony is believed to have been held in Portugal, with the players then embarking on separate holidays ahead of the start of pre-season training.

Robertson is already back in action with Liverpool, having featured in both of the summer friendlies so far, as he ramps up his minutes with under three weeks to go until the campaign begins.

Liverpool will head to Austria for a training camp later this week, flying via Germany where they will take on RB Leipzig on Thursday evening.

They then play Red Bull Salzburg (July 27), Man City (July 30) and Strasbourg (July 31) before the curtain-raiser at Fulham on August 6.