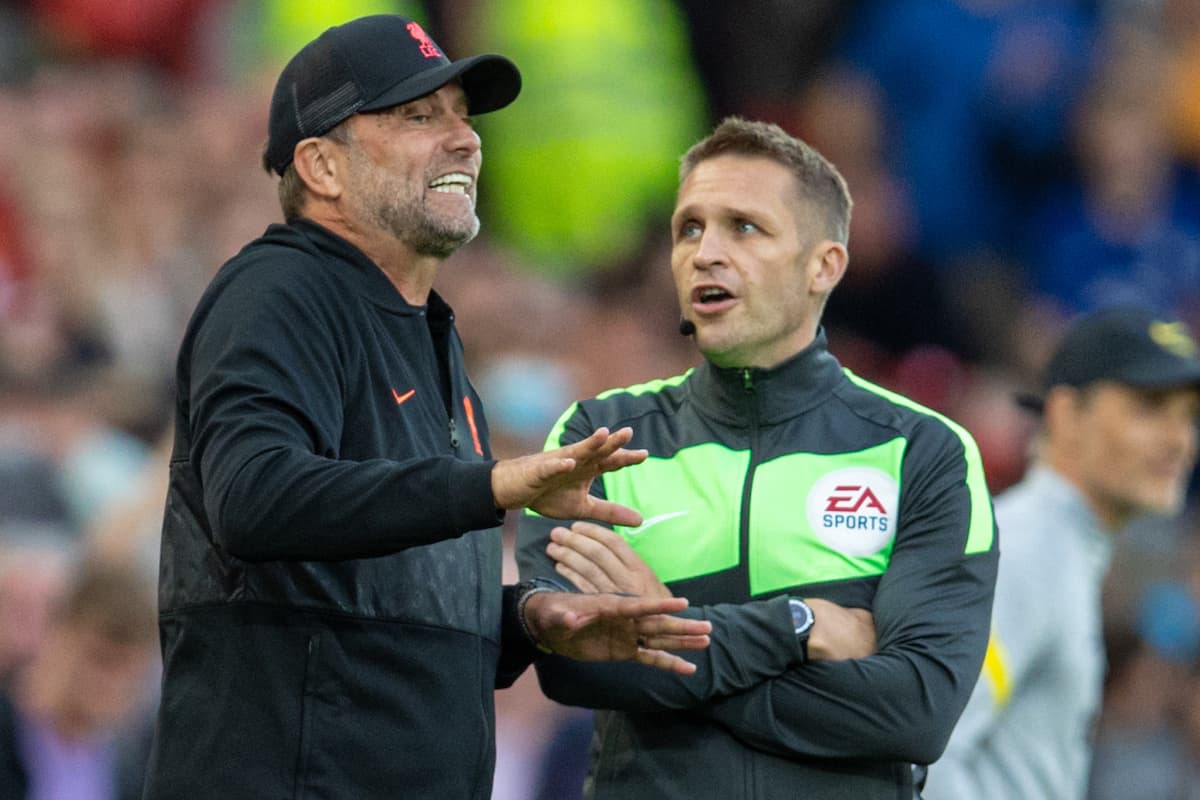 Craig Pawson has been confirmed as referee for the clash between Liverpool and Man City in the Community Shield, with the official criticised by Jurgen Klopp.

The Reds technically kick off their season on July 30, taking on Man City at the King Power – though the Community Shield is, of course, a glorified friendly.

Nevertheless, it will mark Liverpool’s first opportunity at silverware, and given it pits the Premier League‘s two ongoing title rivals against each other will be a hotly contested tie.

With just over three weeks until the game takes place, the FA have confirmed that Pawson will be the man in charge in Leicester.

He will be supported by assistants Harry Lennard and Nick Hopton, with Darren England fourth official and John Brooks in the VAR booth.

It comes after four high-profile referees announced their retirement this summer, with Pawson likely seeing his duties increase with Mike Dean, Martin Atkinson, Jon Moss and Kevin Friend all stepping down. 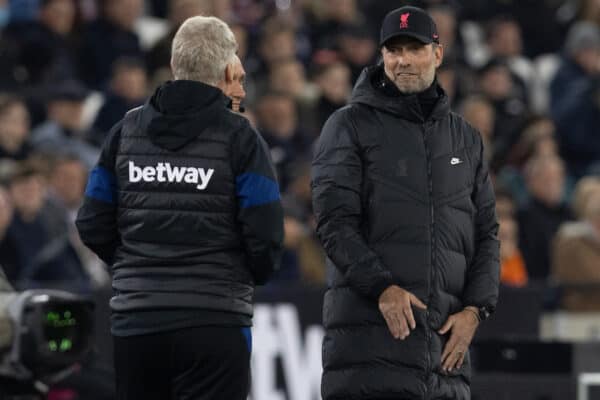 Pawson is not the only referee to have come in for criticism from Klopp, but the Liverpool manager’s words on the 43-year-old in November were particularly stinging.

Following the decision to award West Ham a goal in the Reds’ 3-2 loss in east London, despite a clear foul on Alisson, Klopp accused Pawson of “hiding” behind VAR.

“It’s just the situation, he thinks ‘OK, let’s see what he says, so I don’t whistle it’. But he did that today, definitely.”

He added: “It’s just, don’t do anything, let’s see what the VAR is saying.

“And then we have the problem with the ‘clear and obvious mistake’ because whoever is then there in the VAR hides behind that phrase. 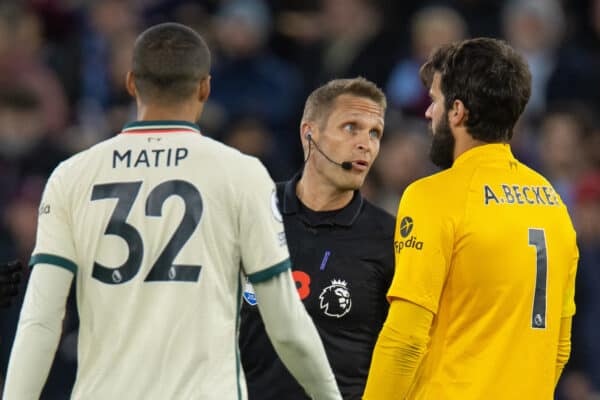 “Then we have two people hiding and in the end we have the wrong decision.”

Stuart Attwell was VAR that day, with the pair both expected to be handed more major fixtures after a natural promotion through the ranks.

Of active referees, only Paul Tierney (27) and Anthony Taylor (28) were appointed for more Premier League games last season than Pawson (26), who was level with Michael Oliver.