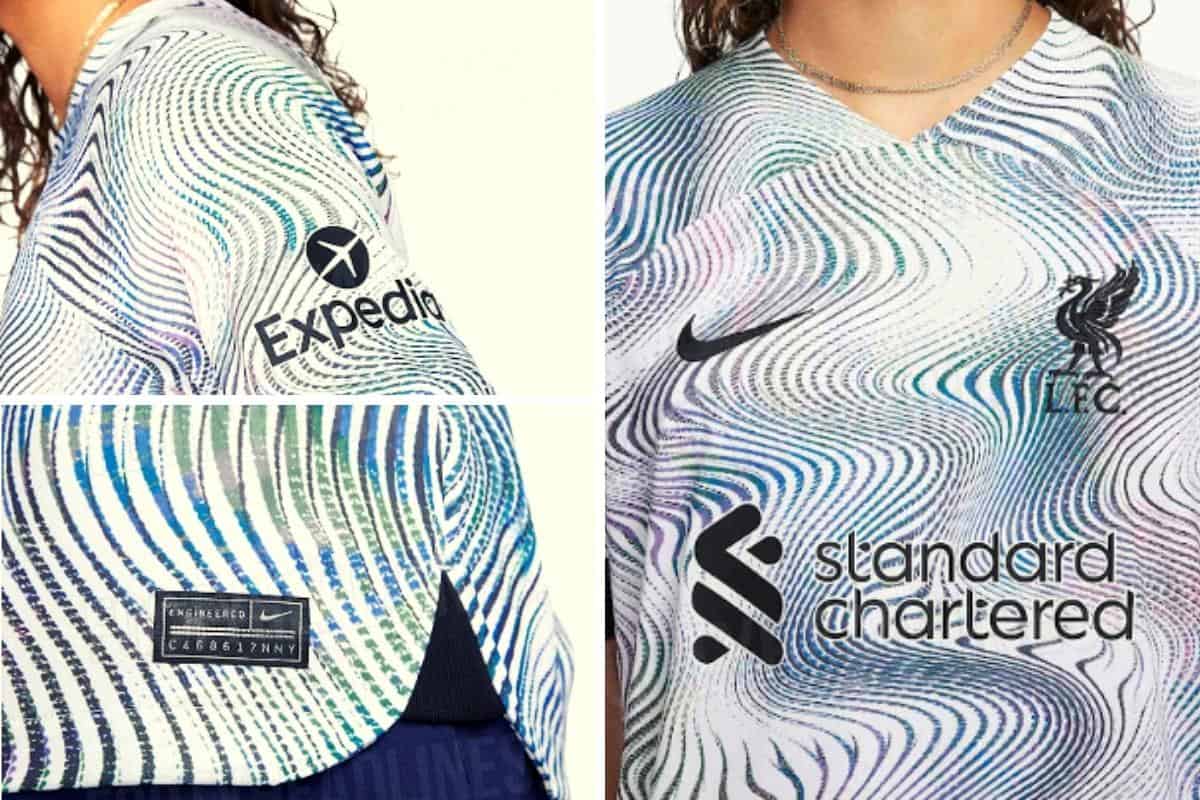 The design for the new away kit for the 2022/23 season has been leaked numerous times but more images have now surfaced of Nike’s latest efforts.

The Reds already know what their home strip looks like for the upcoming season and the next kit release will no doubt divide supporters.

Nike has opted for a touch of experimentation with their design, with iridescent patterns front and centre on the shirt as they take their template design to the next level.

Previous leaks have shown us what to expect and now the reliable Footy Headlines has provided more images of what will be the final product: 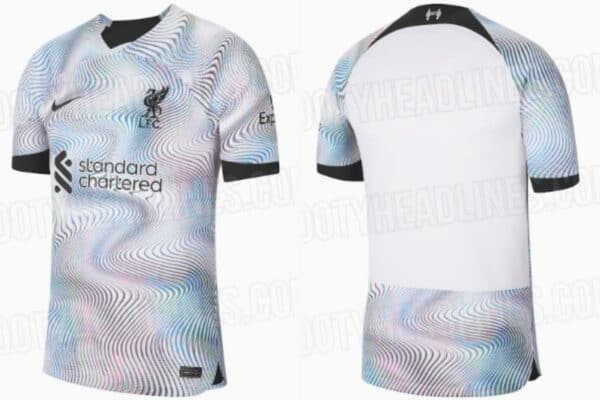 The design, considered ‘trippy’ by many, is finished off with black accents for the sponsors, logos and sleeve cuffs, while there is a white panel on the back to accommodate the player numbers and names.

And the updated Hillsborough ’97’ tribute is centred on the neckline.

The colour palette for the away kit is listed as predominantly white and black, with the respective training wear to be a little less psychedelic on the eye.

The away kit, though, is similar in design to the third kit which was seemingly leaked by an ASOS model back in June, with a colour palette of dark green and vivid red accents.

This Is Anfield understands that the away kit will be worn during the Reds’ first pre-season friendly against Man United on Tuesday.