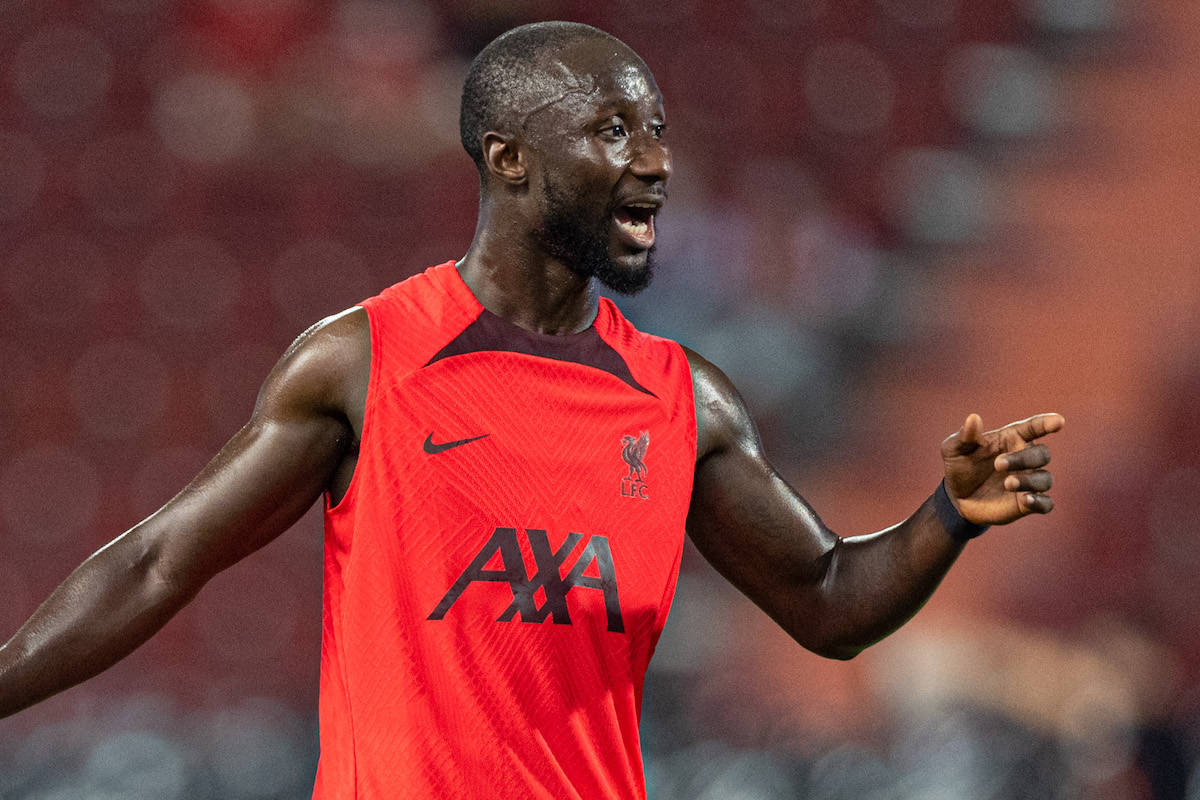 The two midfielders both came on late in the Community Shield against Man City 24 hours earlier, Keita played the final five minutes and Jones came on in the fifth minute of stoppage time.

Therefore, they were both expected to line up for the friendly at Anfield on Sunday – as did James Milner and Harvey Elliott, who each played the final 20 minutes against City.

However, the duo were surprisingly absent from the teamsheet against the French opponents, and Klopp has explained why.

The boss has said that Keita is ill, while Jones has some sort of knock.

“Naby is ill and Curtis felt a little bit and we couldn’t take any risks,” Klopp said post-match.

“All of a sudden the team was really young and we play [against] a really strong Strasbourg side.”

The duo’s absence was added to by Ibrahima Konate being forced off in the second half, but Klopp hopes it is nothing significant.

“We don’t know exactly yet on Ibou,” he said. “But it doesn’t look too concerning, so I hope we caught it in the right moment.”

Klopp has even ruled Keita out of next week’s opening Premier League game against Fulham.

On Jones, the boss says “we have to see” and that his injury was not an impact injury, making it unknown what the issue is.

“He felt it today and he wanted to play desperately, but then the medical department said no and that we needed to make further tests. We will do that tomorrow and then we will know more.”