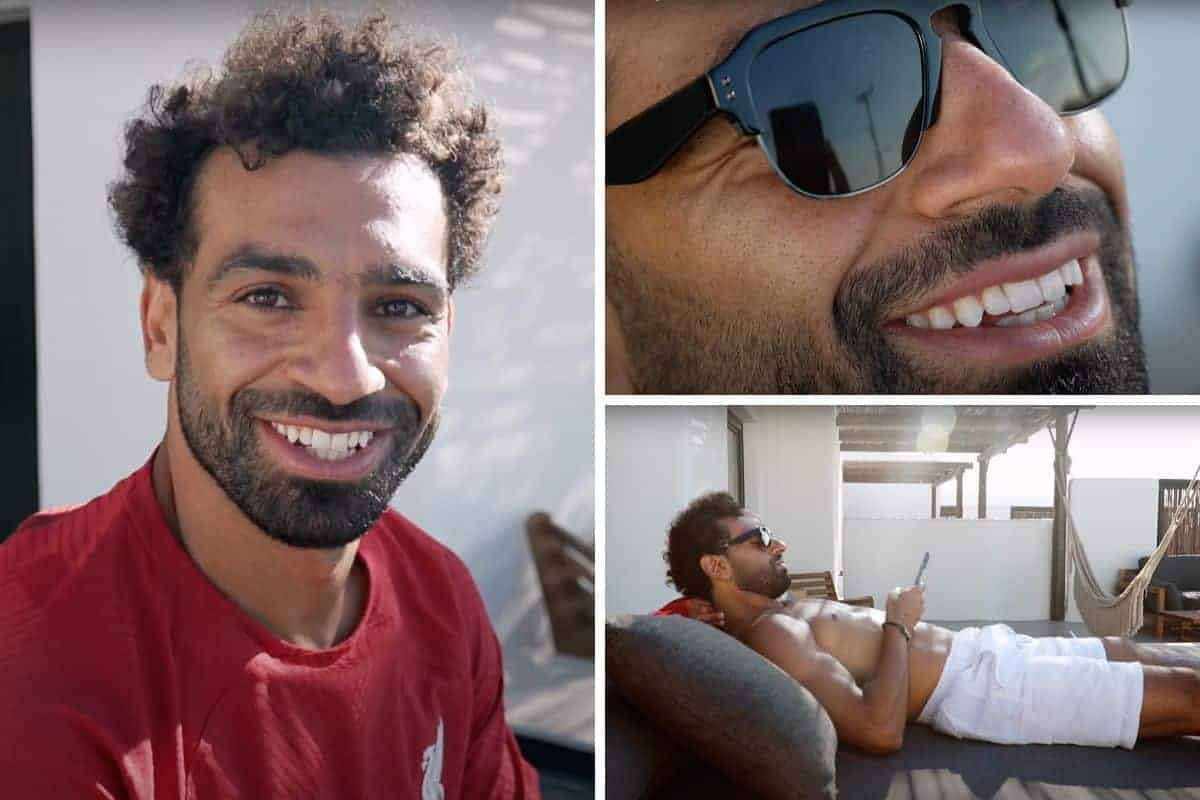 After a seemingly never-ending cycle of will he or won’t he, Mohamed Salah has FINALLY penned a new contract with Liverpool until 2025, and it was unveiled in style!

Salah had Liverpool fans constantly wanting one thing, a signature on a new contract to keep him at Anfield for the foreseeable future and he delivered just that.

And it was confirmed in the perfect way with all key parties involved, from Salah, his agent Ramy Abbas Issa and Liverpool.

It all started with yet another cryptic tweet with a laughing emoji from Abbas, which had fans rolling their eyes, and then some, before Liverpool’s Twitter account responded with a face slap emoji.

Then came the real delight, a video of epic proportions that was a throwback to how his arrival at Anfield was first announced in 2017.

It shows Salah lounging away on his holiday scrolling through tweets of fans discussing his contract on his phone with not a care in the world.

A contrast to ‘announce Salah’, it was instead demanding for ‘Salah stays’ and that’s what Mo delivered with a cracking smile, renewing his contract for three years.

“It takes a little bit of time, I think, to renew, but now everything is done so we just need to focus on what’s next,” Salah told LFCTV.

“If I look back to that time when I came [here], the club were not winning many things but I think I told you I had come [here] to win trophies.

“I think we have won good trophies together [since]! And I think we can do it again.

“We won so many things together. We had some disappointments, but this is football.

“I have enjoyed my football here at the club and hopefully I will continue to enjoy it and win many trophies.”

We hope for the same, Mo! And there was also a message for the fans after the announcement was made, with Salah now eager to do the talking on the pitch.

“My message [to the fans] is the players in the team want to give our best next season to try to win all the trophies,” he said.

“As usual, you stay behind us and give us a big push and I am sure we are going to win trophies again [together].”