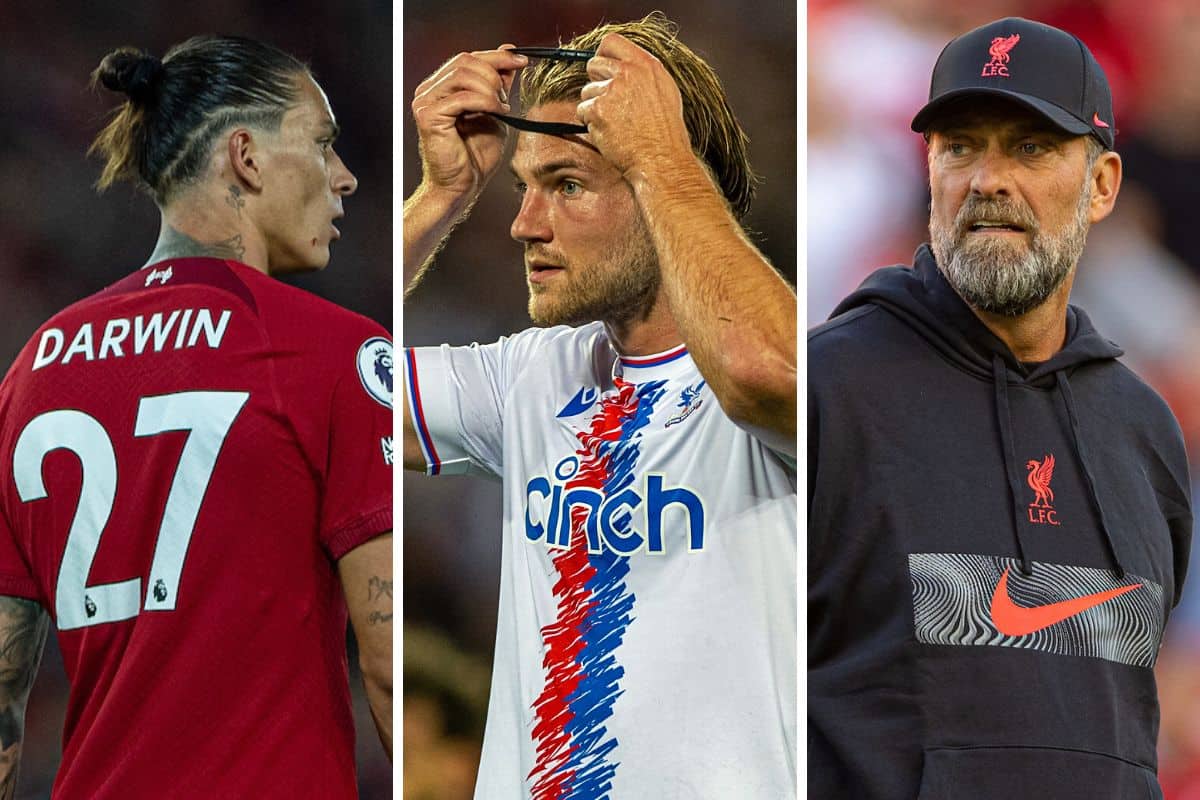 Joachim Andersen has contacted the police the day after Darwin Nunez was sent off for a headbutt on the Crystal Palace defender, while Jurgen Klopp has revealed when a Liverpool striker could return from injury.

After an altercation with Nunez, which led to the Liverpool striker being sent off on his Anfield debut, Crystal Palace defender Andersen has been subject to a torrent of online abuse in the aftermath.

The Denmark defender posted several examples of the abuse he has received, including death threats, to his Instagram story on Tuesday, and according to various reports, he has now chosen to speak to the police.

The PA news agency claim Andersen has chosen to engage Palace’s police liaison officer and the Premier League, who have a team set up to investigate the abuse.

“Got maybe 300-400 of these messages last night,” Andersen said on Instagram.

“I understand you support a team but have some respect and stop act tough online.

“Hope @instagram and the @premierleague do something about this.”

Us too, Joachim. There is simply no place for abuse like this in football.

An underwhelming result last night, but that should take nothing away from Luis Diaz‘s equaliser.

More of the same next week please, Lucho!