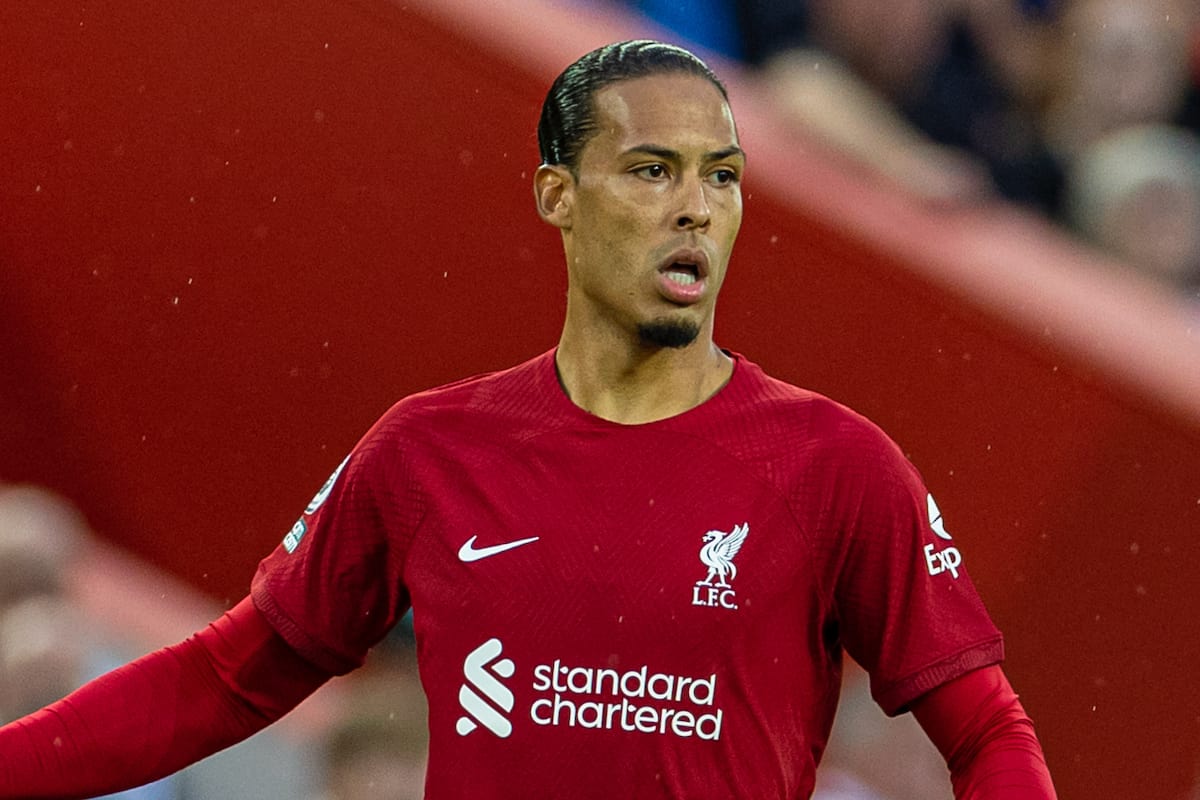 Liverpool defender Virgil Van Dijk insists Darwin Nunez has the full backing of the squad despite his red-mist moment against Crystal Palace making life even more difficult for them.

With an injury list running at nine, the last thing manager Jurgen Klopp or the team needed was another absentee.

The 23-year-old summer signing’s sending-off in the 1-1 draw at Anfield, for headbutting Joachim Andersen following a running battle with the centre-back all night leaves Klopp currently without a recognised striker.

There is hope Roberto Firmino will have recovered from a problem which forced him to sit it out against Palace in order to lead the line against Manchester United at Old Trafford next Monday – a match Nunez will miss as he serves a three-match suspension.

But as the summer signing, who arrived from Benfica for a potential club-record £85million fee, continues to integrate himself into the team, there will be no finger-pointing from his teammates.

“Obviously he was disappointed and also probably with himself but it’s a learning curve and obviously we will always back him,” Van Dijk said.

“He’s got the backing from us and he knows it should not happen again and hopefully it will be that way.

“He has to control himself, definitely. I think that’s a separate thing. He has to manage himself, he has to be knowing that these things can happen, especially in the Premier League.

“It will be a learning curve for him and hopefully it will never happen again.”

Monday night’s draw against Palace marked the second straight match in which the Reds have dropped points and they are now already four behind leaders Manchester City.

Considering the close margins of the title race in recent years, Liverpool cannot afford to drop many more points but Van Dijk refuses to even consider the implications at this point.

“We’ve played two games so far this season and there’s still a long way to go so anything can happen,” he added.

“That’s been shown over the last years so we’ll focus on ourselves.

“We don’t read what the others from the outside say about us because nobody knows what’s really going on.

“We worked very hard to try and get three points but unfortunately it didn’t happen. We keep going.

“I think with 10 men we played outstanding. We put them under pressure. Obviously, we took a lot of risks because we had to score the equaliser and were hoping to get the winner.

“But (playing with 10 men) should not happen. Obviously, we’re disappointed to draw and not get the win, for sure.

“It’s funny because we played the Community Shield and won and everyone was saying loads of other things and now we have drawn twice and people will write us off. 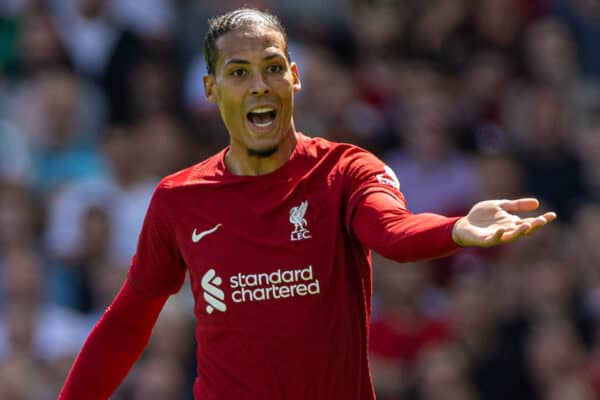 “But that’s the outside world and we concentrate on what we can influence and that’s our performance.”

The highlight of the night for the hosts was a brilliant equaliser from Colombia international Luis Diaz, who has big boots to fill after taking over Sadio Mane’s role on the left of the front three.

“He’s a fantastic player,” Van Dijk said. “It’s obviously something we need and he provided that bit of special action and he can be so much better.

“He’s an incredible player already so we’ll see what the future brings.”