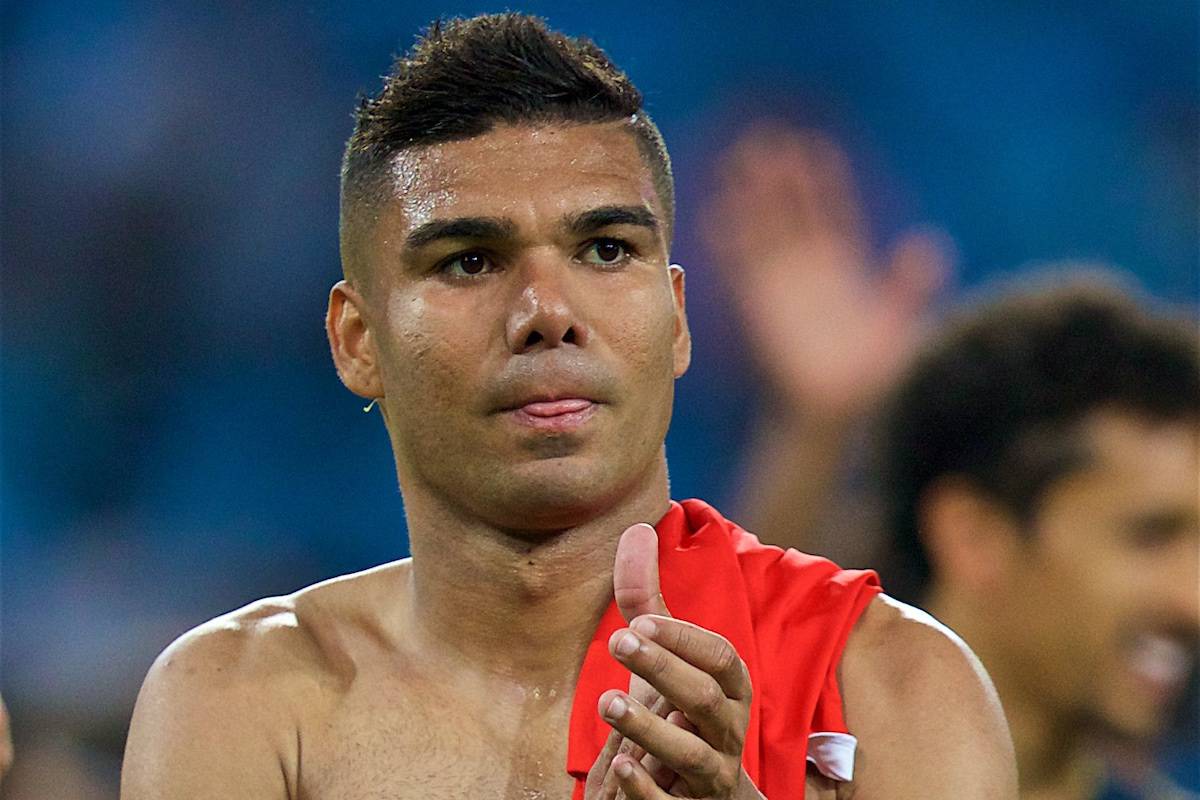 Though Man United are set to land Real Madrid midfielder Casemiro in a £60 million deal this weekend, the Brazilian will not be eligible to play Liverpool.

United’s dartboard approach to the transfer window appears to have finally landed on a viable signing, with the club in a dire situation when it comes to recruitment.

Their attempts to bolster the squad have resorted to fielding offers from agents, which has led them to 30-year-old Real midfielder Casemiro.

Casemiro is undoubtedly a top-level talent, but serves as yet another example of a confused strategy, as the Manchester side commit up to £60 million for a player that Real have already replaced with Aurelien Tchouameni.

But regardless of whether United get the deal over the line before Monday’s 8pm kickoff at Old Trafford or not, Erik ten Hag will not be able to include him against Liverpool.

As explained by The Athletic, United would have been required to register Casemiro with the Premier League by 12pm on Friday in order for him to feature in the upcoming round of fixtures.

That deadline has already passed, meaning the midfielder will be ineligible to play.

It leaves Ten Hag with a big decision to make for a crucial position in his side, having seen Christian Eriksen struggle in the deep-lying role in last weekend’s 4-0 loss to Brentford.

Fred – who Jurgen Klopp described as a “really good player” during his pre-match press conference – is almost certain to start, but it remains to be seen whether Eriksen or Scott McTominay will partner him.

Klopp and his assistants will likely have pinpointed that engine room as a key weakness for United, particularly as it serves to shield a fragile defensive spine behind them.

It has already been reported that Ten Hag is considering dropping Harry Maguire for Monday’s clash, with Raphael Varane expected to partner Lisandro Martinez instead.

David de Gea produced a shocking display between the sticks against Brentford, but there is no viable option to replace the Spaniard even if the manager wished to do so, with 36-year-old Tom Heaton next in line.