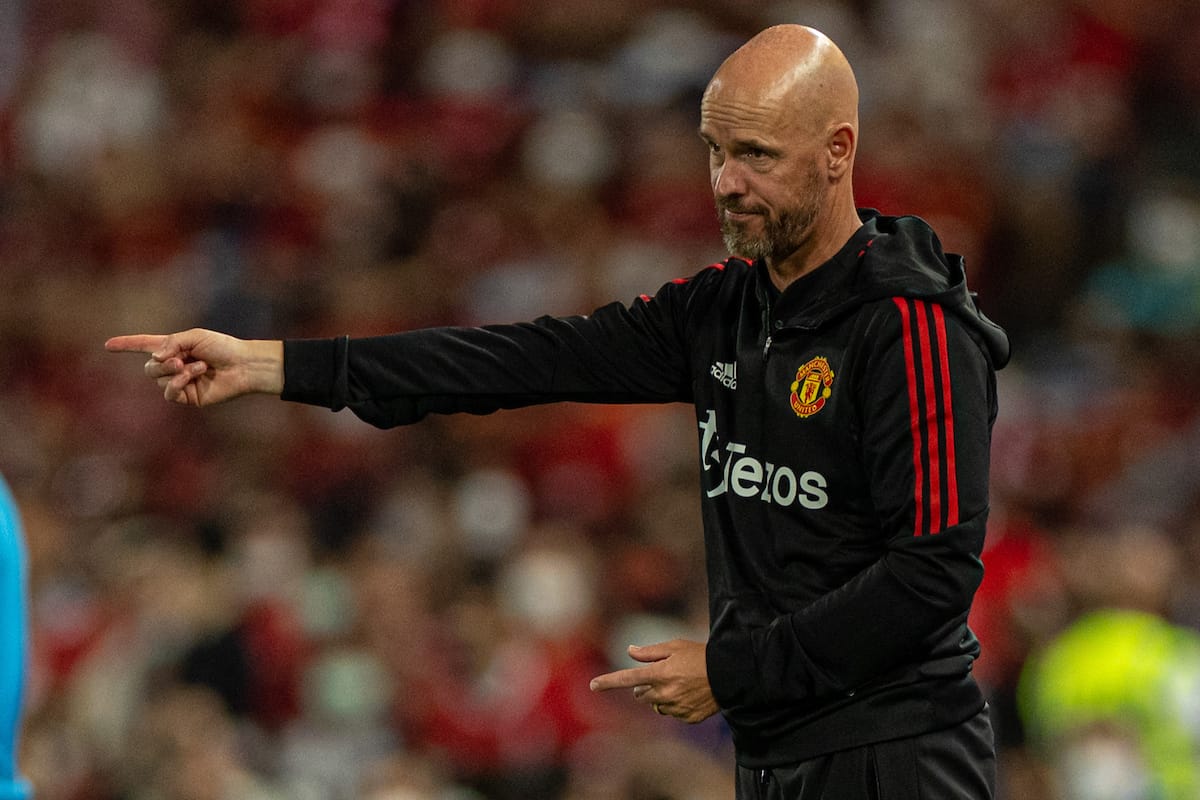 With Man United having suffered back-to-back losses to kick off the campaign, there appears to be unrest in the squad ahead of their clash with Liverpool.

Erik ten Hag is the sixth full-time manager to take charge of United since the retirement of Sir Alex Ferguson, and he already seems on a familiar path.

And while United supporters plan protests on the night of Liverpool’s trip to Manchester on Monday, Ten Hag could be undergoing internal scrutiny.

According to the Manchester Evening News, “some United players feel Ten Hag’s approach does not suit their skill set,” with a “more pragmatic approach” preferred.

It is difficult to pinpoint the exact approach Ten Hag has taken so far, particularly in his use of new signing Christian Eriksen, who has been deployed as both a striker and a defensive midfielder.

In the 4-0 defeat to Brentford last time out, Eriksen found himself under relentless pressure due to the amateur possession play of David De Gea and Harry Maguire.

The same report claims that Ten Hag is considering dropping Maguire for the visit of Liverpool, with Raphael Varane instead suggested as partner to Lisandro Martinez.

Neither Maguire and Martinez have impressed in the opening two games so far this season, with the latter, who stands at just 5’9″, beating in the air by an off-balance Ben Mee for Brentford‘s third on Friday.

Martinez was brought off at half-time in that game, with Varane taking his place, but as it stands they will serve as partners against Liverpool.

The absence of Maguire would be considered a shame for the Reds, with the England centre-back continually struggling in the years since his £80 million move from Leicester.

But after consecutive draws with Fulham and Crystal Palace, Liverpool will need to focus on their own issues before celebrating those of their opponents as they pursue a first win of the Premier League campaign.