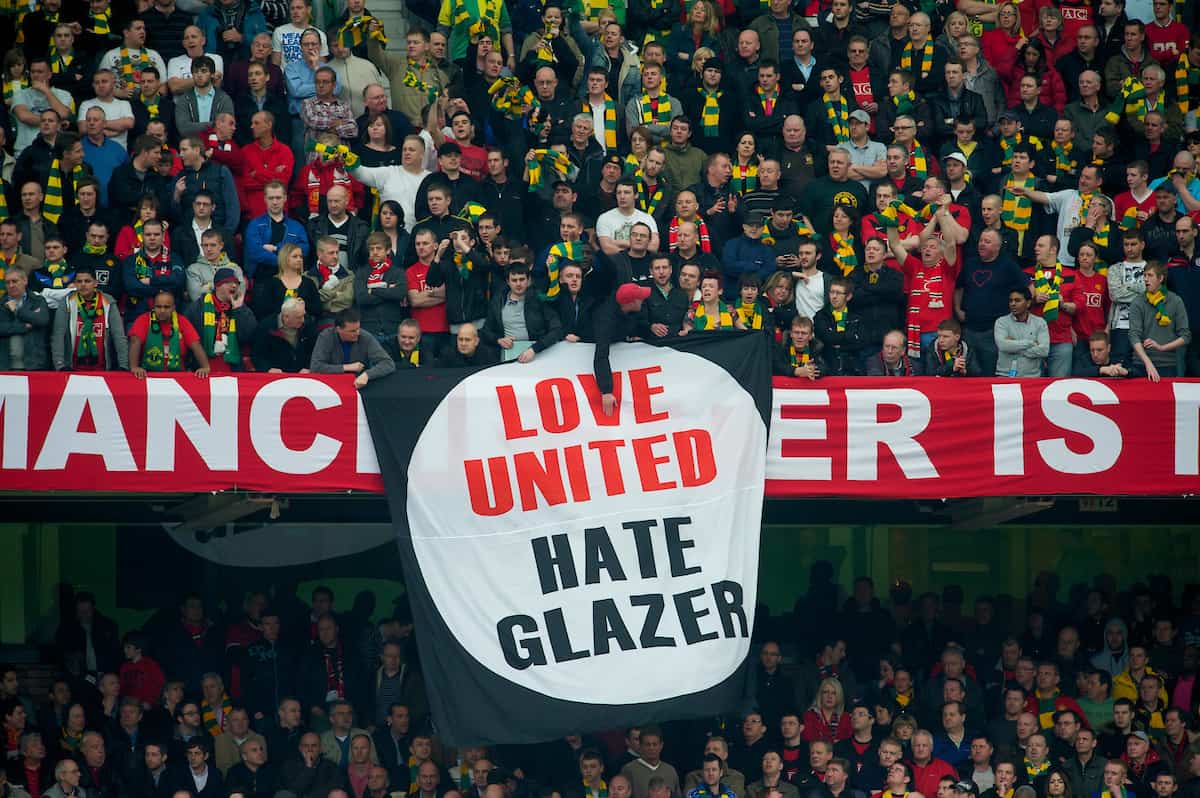 Man United fan group The 1958 have confirmed their plans for a protest against the club’s “vile ownership,” ahead of the meeting with Liverpool.

Liverpool travel to Old Trafford on Monday for their third game of the Premier League campaign, having been held to draws by Fulham and Crystal Palace so far.

It has been a disappointing start to the season for the Reds, but their Manchester rivals have endured worse fortunes, suffering back-to-back defeats to Brighton and Brentford.

That has only added to the bubbling discontent around Old Trafford, with fans continually frustrated with the current ownership of the Glazer family.

The hashtag #EmptyOldTrafford has been widely circulated among United supporters on social media, with plans to boycott the Liverpool game, while fan group The 1958 have now announced protest plans.

Please read our plans for Liverpool at home. Also on our website.

Share, retweet, and get the message to all Reds!

It’s down to all fans to let these owners know it’s time to go!

Some things are worth fighting for…

In a statement released on Twitter on Tuesday evening, the group denounced the club’s “vile ownership”:

“Today we release our plans for the Liverpool game. A game that will have the eyes of the world watching.

“A game for United fans to come together and show the world our deep discontent for this vile ownership. An ownership that is systematically starving and killing the greater football institution in world football, for greed.

“We cannot allow this to happen any longer!

“This is not about division, this is about unity. All United fans have the right to protest with the 1958 or individually. It is not about confrontation. Anything else plays completely into the Glazers’ hands.

“So, as we have said before, put our differences aside and come together. Join the march from 7pm. Protest on the forecourt. We will plant our flag as a focal point. Be loud, be proud, stand as one!

“We call on the old guard who previously carried the baton against the Glazers. Rejoin the fight. Stand with us.

“We call on young and old alike once again. Stand with us.

“We call on any United fan who may not have a ticket and given up hope. Stand with us.

“We call on any United fan with family and friends previously lost. Fight for them to get our club back. Stand with us. Stand with us in unity!”

It remains to be seen whether there are any plans to disrupt kickoff at Old Trafford, as was the case prior to the 4-2 win in May 2021 when fans broke into the stadium, forcing the fixture’s postponement by 11 days. 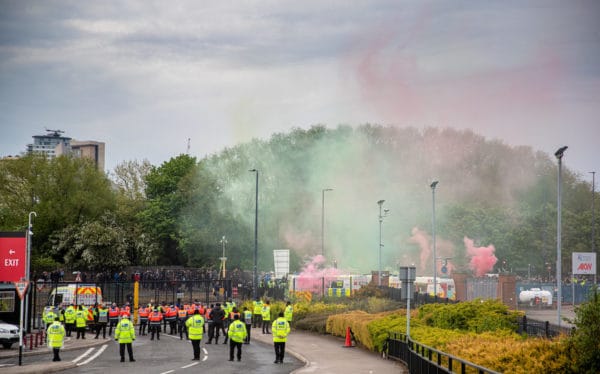 But The 1958 have urged that fans “must keep it peaceful” as they detailed a protest that will begin as early as two-and-a-half hours before kickoff:

“We meet at the tollgate. We have 30m fencing to hang your banners. Bring your colours and flags. Arrive any time from 5.30pm. We march at 7pm. We congregate at the Trinity.

“We appreciate emotions are running high. We must keep it legal, we must keep it peaceful. We don’t want any Reds getting lifted and giving the Glazer propaganda machine chance to spin the narrative.

“We have built great momentum and awareness. We are seeing support from key influences that can really make a difference. It is imperative this continues for us to follow and achieve our strategy.

“Bring the heat, bring the noise, bring the passion. Let’s show the Glazer family that this time it will not blow over. Love will always beat greed.

“Some things are worth fighting for…”

Liverpool are due to visit Man United for an 8pm kickoff on Monday night, with the two sides currently sitting 12th and 20th in the Premier League respectively.