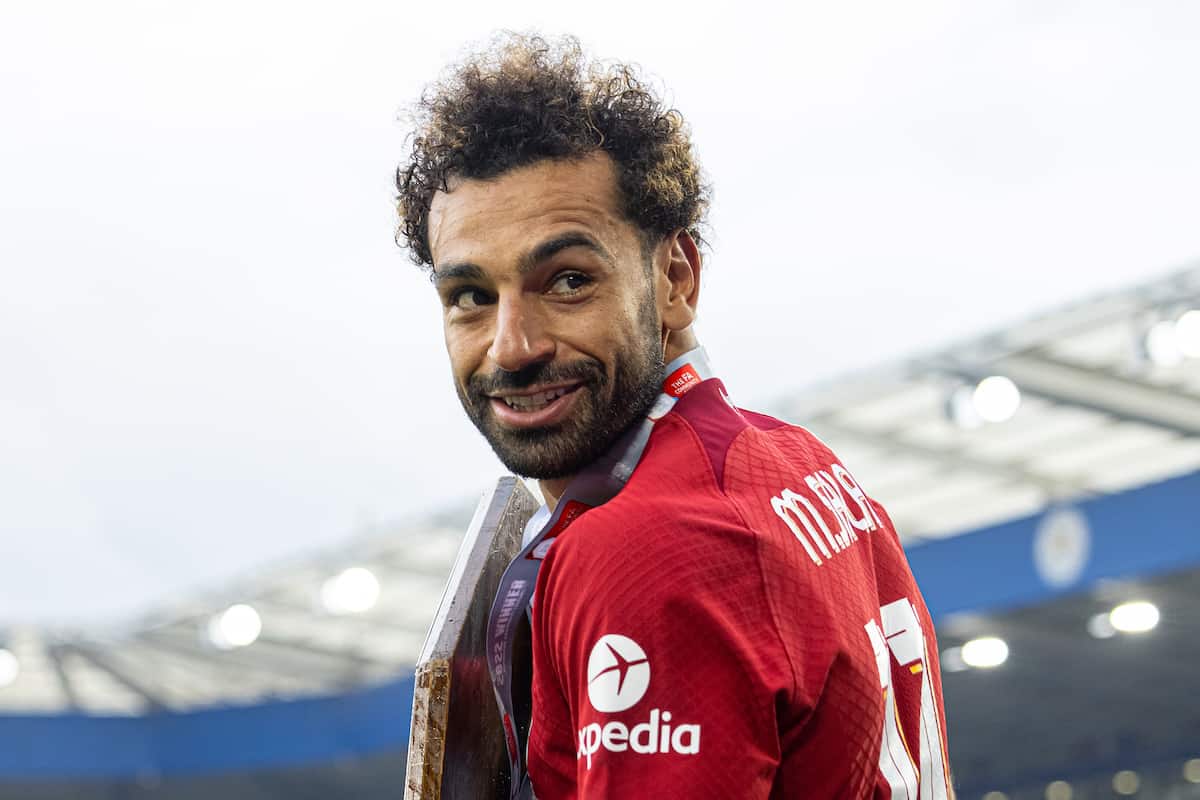 Mohamed Salah had quite a busy summer, signing a new contract and developing a new side to his game that has been welcomed by Jurgen Klopp.

The Egyptian enjoyed another prolific season for Liverpool in 2021/22, with 46 goal contributions (31 strikes and 15 assists) making up for 31.3 percent of the Reds’ total goals.

He is already off the mark this season, a campaign he heads into without the weight of his future hanging over his head after signing a new deal until 2025.

Added to that, Salah was able to enjoy rare downtime during the summer and Klopp was happy to see he returned to the club with a new ‘trick’ up his sleeve, that being “his right foot.”

The 30-year-old is proficient with his left foot but his right has always attracted attention, despite having scored some sublime goals with it, including that Anfield strike against Man City last season.

But his return to Liverpool this summer came with a new development to his game, not that it came as a complete surprise to his manager.

“I think he found a right foot on holiday,” Klopp told Sky Sports with a laugh. “He always develops.” 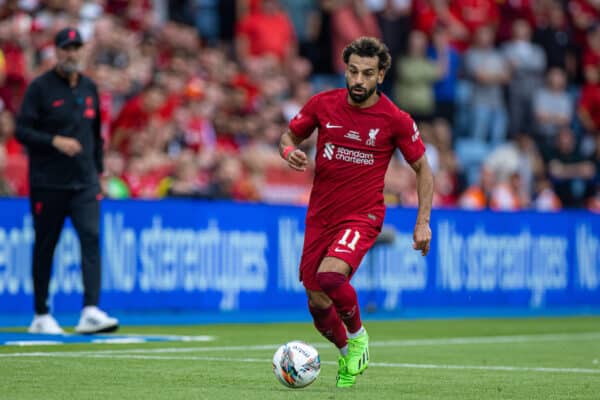 “It’s really crazy. I know a few years back he arrived and usually when a player comes from outside inside they use the inside of the foot to spin the ball, and all of a sudden he had the full throttle – the Chelsea goal is a pretty remarkable one.

“This year he arrived with crosses with his right foot.

“He’s obviously a top professional and he really tries to add on things into his game.

“He is a top, top, top striker and with the numbers he had, not only scoring-wise but assisting-wise as well, it’s big.”

Salah’s mindset is one of continually striving for that extra one percent and having a right foot as lethal as his left would only intensify the nightmare for opposition players.

Not to mention, accurate crosses with his right foot into the penalty box make for an exciting proposition if you are Darwin Nunez.