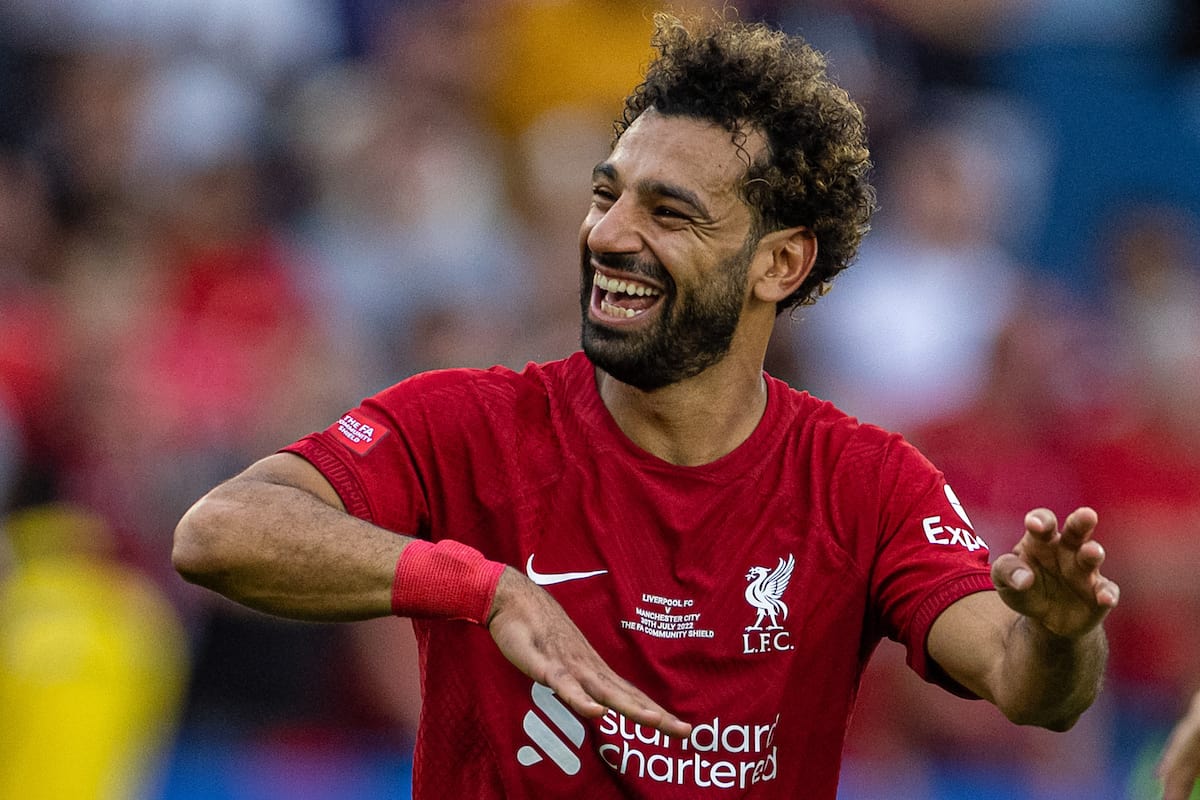 Mohamed Salah has his sights set on climbing to the top of Liverpool’s all-time top goalscorer list in the Premier League, and he knows just how many he needs to catch Robbie Fowler!

Liverpool’s No. 11 has never been shy in setting his targets, and his performances on the field ensure he walks the walk as much as he talks the talk.

Since arriving at Anfield, he has scored 119 goals in the Premier League, only two players have scored more: Robbie Fowler (128) and Steven Gerrard (120).

Salah needs only two more strikes to surpass the former Liverpool captain and ten to take the title for the most prolific scorer since the league’s inception in 1992 away from Fowler.

There’s no doubt in the Egyptian’s mind that he will achieve his goal, it is only a matter of when it will happen.

“Not on the pitch [thinking about the record], but outside, yeah. I think about it, I want to break that record,” Salah told Sky Sports.

“I want to be above everybody here at the club, with all respect for sure, they were legends here but I want to be the top scorer for Liverpool in the Premier League, that’s for sure.

“Even if I didn’t renew I was breaking it this season, because I think it is nine or ten goals.

“The way I look at myself, yeah, I’m going to break it, hopefully, early this season.”

It’s not the only list Salah can move up on this season, as he needs just 29 more goals to move ahead of Gerrard (186) and into fifth place in the club’s all-time goalscorer list.

Salah has 158 career goals at Anfield to date and having signed a new contract to 2025, catching Gordon Hodgson (241) in third is certainly on the cards.

And he will have the backing of Liverpool fans to help him do just that, and more.

“The fans, the way they treat me, I feel the love everywhere. In the stadium especially,” Salah said when reflecting on his decision to extend his contract.

“The fans here are unbelievable, the way they sing the songs and the atmosphere in general.