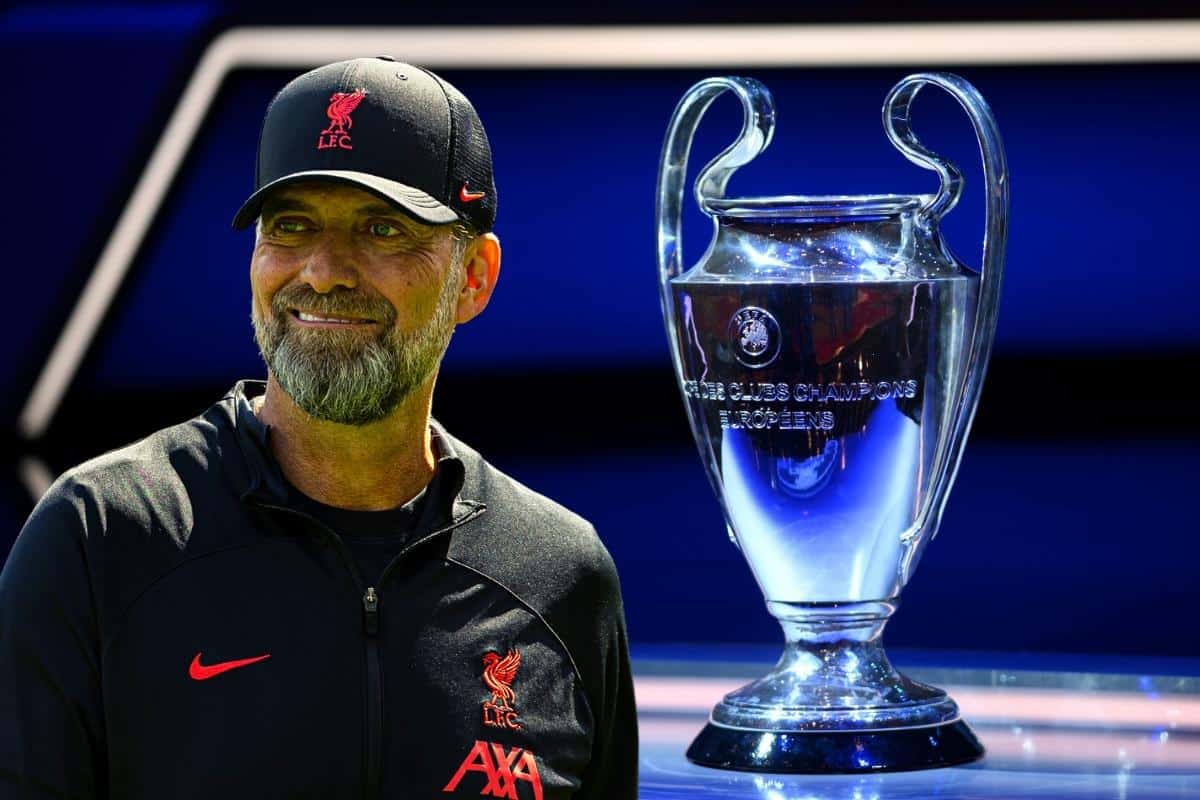 Jurgen Klopp knows there are six “really intense” games ahead for Liverpool after the group stage opponents were confirmed, which will see a reunion with a few familiar faces.

After falling short at the final hurdle last season, Liverpool’s shot at redemption must start by first successfully navigating the group stage.

On Thursday, the Reds were drawn with Ajax, Napoli and Rangers in Group A, a trio that boasts four European Cups between them – taking the group total to 10 when you account for Liverpool.

It poses another intriguing group to watch unfold and the manager knows that it will be one test after another, but is looking forward to reuniting with some familiar faces – including Ben Davies who only departed this summer.

“Rangers are a new opponent for us but we know them, too,” Klopp told the club’s official website.

“Their story over the last few years has been really interesting and they did really, really well to qualify for the group stage, given the teams they were up against in the qualifying matches.

“We also know a couple of their players well. Ryan Kent has had a great development since moving to Scotland and Ben Davies is just starting out on his journey with Rangers, so it will be good to come up against them.”

Rangers are just one of the teams to pose a “proper challenge” to Liverpool, though, and the manager is “excited” about the prospect of what lies in wait.

The group stage and all its intensity is to be played over the course of just eight weeks, asking plenty of Klopp’s squad.

“The first thing to say is this is a proper, proper challenge,” Klopp said of Group A.

“All of the clubs have quality, they all have pedigree and I would say they all have a chance. The good thing is that we do also, so it makes sense for us to look forward to the challenge and give it a try.

“We did not ask for any favours and we have not been given any but this is not a competition where you can look for easy ways through because the standard is always unbelievably high.

“The difference this year is that the group stage will be shorter than usual, so we will have to be ready not just for the quality of the opposition but also for the different demands and rhythms.

“We will not have to look too hard to find information about our opponents, though.

“The only certainty right now is that all of the six games will be incredibly competitive and really intense. I’m excited about it. It is a proper football group and, like I said, a proper challenge.”

The final dates and times of each of the group fixtures will be released in due course, expected to be Friday.