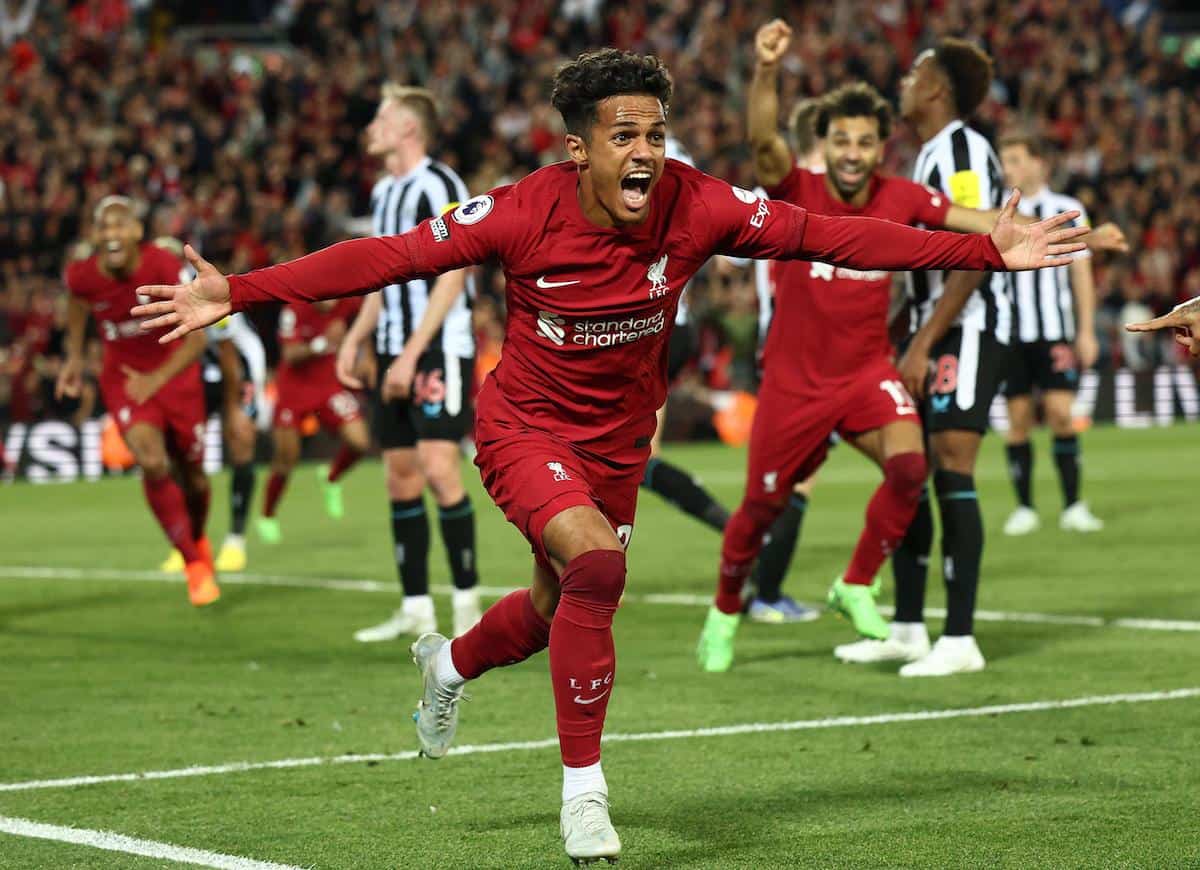 Liverpool made it back-to-back wins at Anfield after Fabio Carvalho scored deep into stoppage time to beat Newcastle 2-1 draw…after we fell behind first, again, mind. 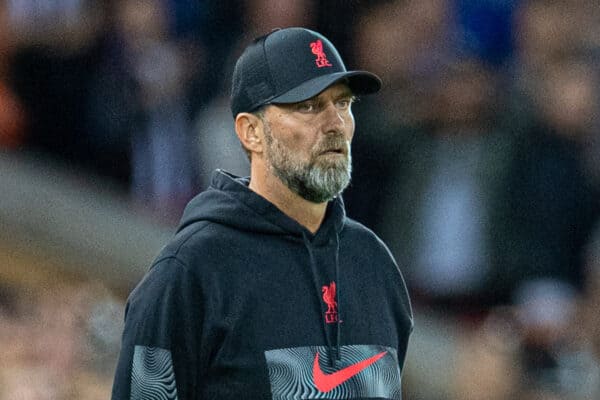 Nothing new in terms of line-up, though in truth few changes would have been expected anyway after a 9-0 win at the weekend!

But amid news a few faces are either back in training or will be over the coming days, two returning names were picked on the subs bench, in Joel Matip and Curtis Jones.

While they are not necessarily game-defining individuals themselves, it adds a couple of senior faces to the squad which had previously had roughly three senior options to change games with, including teenager Fabio Carvalho.

Options are at least starting to come back for Jurgen Klopp and by the time the derby rolls around, it could even be the case that we don’t have any reserves or untested youngsters on the bench, or perhaps just the one goalkeeper.

Wouldn’t that be nice?

What do you mean, you want a new signing there too? 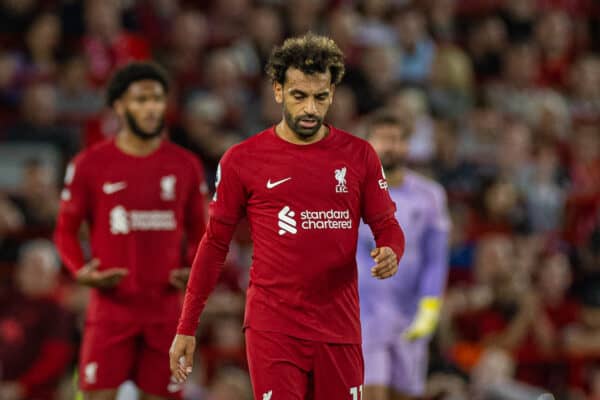 We’re not there yet, are we? We’ll absolutely take the points, but too many key performers are still quite a distance below their best, starting most notably – given their importance in most games – with the full-backs.

Neither Andy Robbo nor Trent Alexander-Arnold were able to find the consistency in crossing, the ability on the set-pieces or even the reliability in passing that we are accustomed to seeing from them.

Trent in particular was part-culpable for Newcastle‘s opener, giving away possession far too easily, and although it’s always a big call from Klopp to sub him off, it was the right one here. Robbo meanwhile has been subbed in four straight Premier League games, unheard of previously.

Virgil isn’t at his best, Jordan Henderson had another very difficult game, Mohamed Salah isn’t firing at all.

Add in the remaining injuries and suspensions and it’s perhaps not the biggest surprise we have too many below-par: a combination of needing the starters to do the job every time, not enough current competition for places and, worryingly, a lack of energy about a few even at this stage of the season.

Thankfully, a few of the kids are alright!

Bobby back in the groove in front of goal 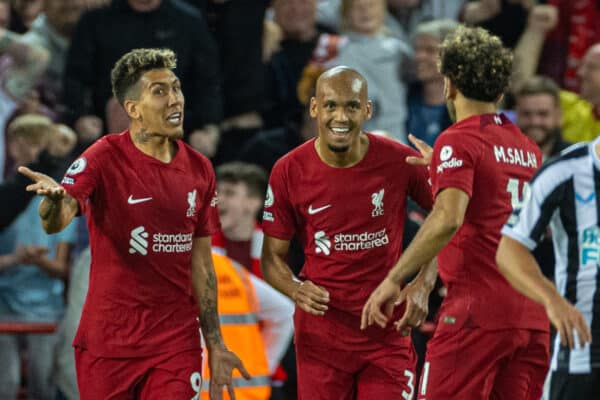 Two years without a league goal at Anfield you say? It was never in doubt. 11 in a row in this competition on the road, many of them important ones, but Firmino returned to Anfield celebrations last time out with a brace against Bournemouth.

And in the name of all things Fowler, did we need him to repeat the trick again tonight.

As the game approached the hour mark, Liverpool hadn’t even had a shot on target and were again trailing. Then Elliott crashed one in on target, saved, and Firmino rolled in a brilliant equaliser.

The move was simplistic, but finally effective – Salah teeing it up, Bobby doing the rest without fuss.

There were a few moments of misplaced passes and slightly lax moments, for sure, but Firmino was as usual one of the hardest-working players, tracked back constantly and helped the build-up play speed up when it was badly needed.

Time-wasting tactics a plague on the league 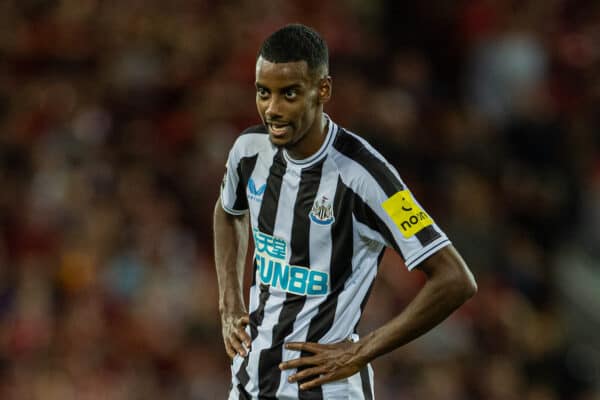 Exactly what is the problem with referees speeding play up appropriately? It’s extremely noticeable that Newcastle players in the team against Wolves had no fitness issues at the weekend as they chased a late winner, yet here – with several of them rotated in – struggling with “cramp” throughout.

Goal kicks taking an eternity, players taking facial “injuries” every five minutes in the first half and so, so, so many obvious delays in restarting the game, from knocking the ball away to arguing with the referee – it was utterly incessant.

It’s a frustrating, horrendous tactic to witness when used against your side, and there are supposed to be measures in place to prevent it being abused.

It would be nice if the referees started actually employing those measures instead of waiting about 85 minutes to start pulling up teams on it, with absolutely no effect whatsoever. Take a look around the rest of the Premier League – it isn’t restricted to Anfield and it’s an absolute horror aspect of the top flight.

And you know what?

It’s an absolute delight to see the game won deep into injury time as a result. Karma eh.

The greatest moment of last season was possibly Alisson collapsing slowly to the ground against Everton after Jordan Pickford had done the same all game long, before the Reds went ahead. Scoring eight minutes into five added on here was similarly cathartic. 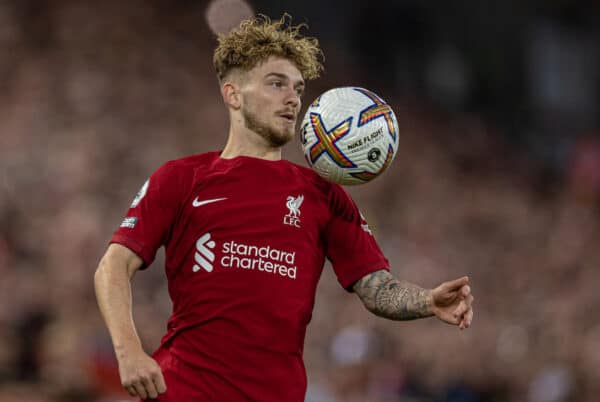 The whole atmosphere changed at Anfield in the space of about 10 seconds: fume, rage, bile, frustration – then massive elation.

Such is the impact of a late winning goal, Carvalho’s second in a few days off the bench. It’s far from convincing overall, as we’ve mentioned, but getting the points on the board was still key given we’ve got a much harder run now starting up.

That’s starting with the derby and then into the Champions League itself – it’s going to be relentless and incessant and we are a great distance from the levels of consistency we ideally need to be in.

Klopp’s big hope now has to be the confidence gained in very different ways from the last two games, plus those faces coming back, can spark us closer to top gear very quickly indeed.

These two wins at home should be a momentum shift for the season to kickstart.