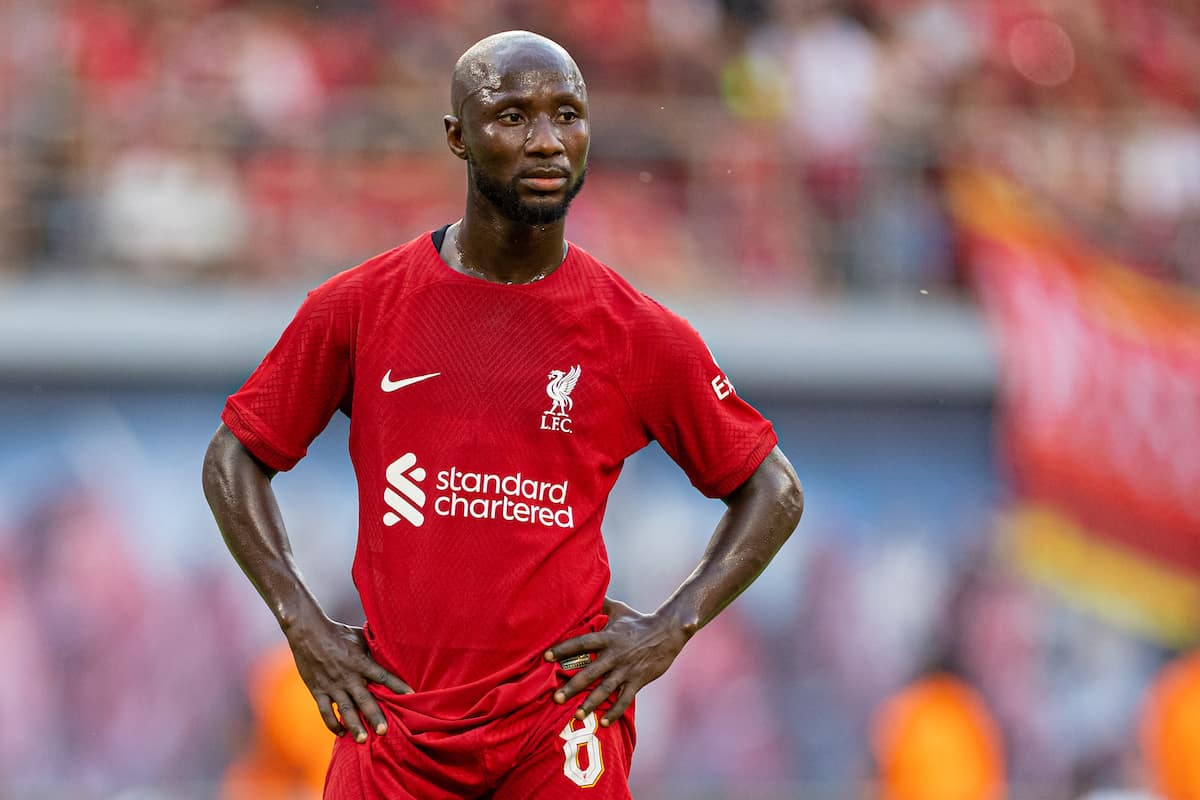 Naby Keita was expected to be in Liverpool’s matchday squad at Man United, but another layoff with injury is now expected after succumbing to an issue “out of nothing.”

The future of the No. 8 has been a hot topic of discussion after reports in Germany claimed he was unhappy with his situation at Anfield.

That has been rebuffed on Merseyside, but his absence at Old Trafford made the spotlight brighter on his future having trained without issue throughout the week.

Upon the release of the team on Monday, the club briefed journalists that Keita was injured, leading to questions of whether it was convenience or simply another ill-timed setback.

Sky Germany’s Florian Plettenberg – a source close to Keita’s agent Bjorn Bezemer and the first to break the story that Keita was “unhappy” – reported during the match that it is not a smokescreen and Keita is legitimately “injured.”

Jurgen Klopp then offered an update after the defeat, first telling beINSPORTS: “Out of nothing, Naby fell out [of the squad], crazy.”

In his post-match press conference, the manager added: “Yesterday he was injured. It needs further assessment, but it doesn’t look like he will be in training tomorrow.

“We need more assessment. He missed yesterday, today, and how much more, I don’t know.”

GOAL’s Neil Jones has since reported that “there is concern around the severity” of Keita’s issue, which only compounds Liverpool’s woes after the 2-1 defeat at Old Trafford.

A legitimate injury it is and with issues seemingly multiplying, it is another blow for Klopp that only sees the shouts for reinforcements grow louder with just nine days left in the transfer window.

Including Keita, the Reds were missing 10 senior figures due to injury and suspension on Monday night.