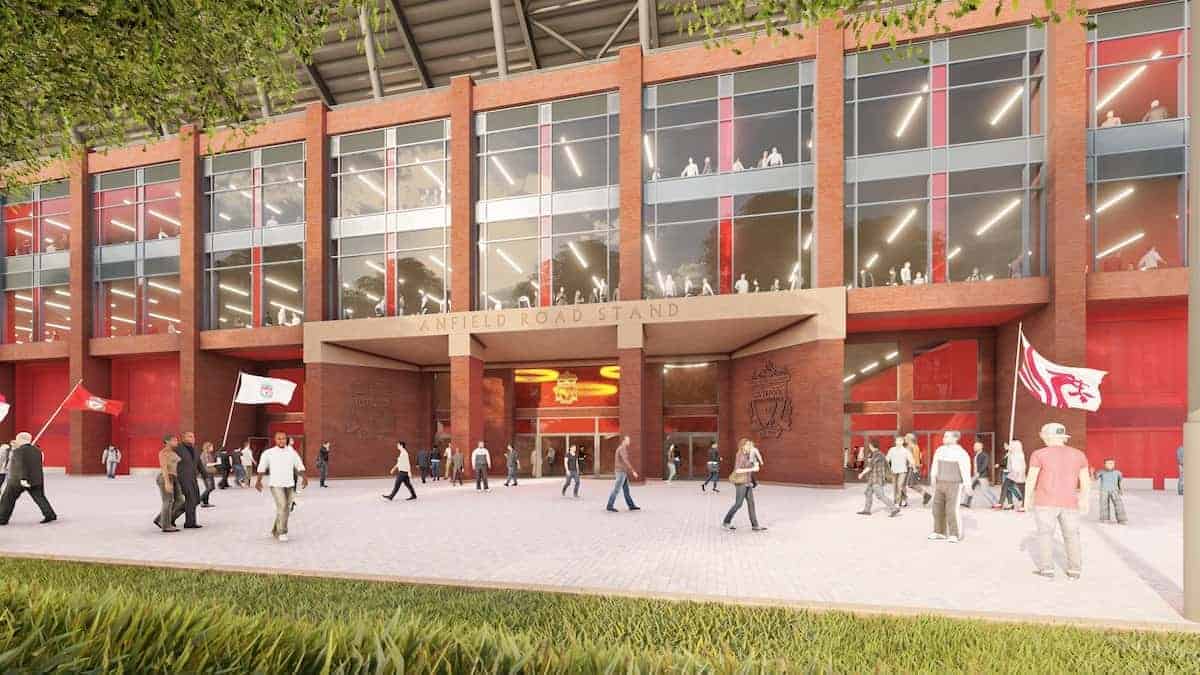 The redevelopment of the Anfield Road End remains on track to be completed next summer, and new details, including an “underground fan zone,” have been revealed by Liverpool CEO Billy Hogan.

The Reds will host Crystal Palace in their first home match of the season on Monday, with work on the expansion of the stand well underway.

Last month, This Is Anfield were first to bring you the news that work on the stand had hit a milestone moment, with a 300-tonne roof truss lifted into place.

Our exclusive drone footage from earlier this week shows the stunning progress being made, with the redevelopment set to expand Anfield’s overall capacity to over 61,000, making it the fourth-largest stadium in England.

Hogan says the expected completion date was an ambitious one when it was initially set, but has stressed that work is still on schedule to be completed in time for the 2023/24 season.

“The construction timelines we have set of 18 months are aggressive but we are heading in the right direction and we are on budget and on schedule,” Hogan told fcbusiness.

“We have always been clear about the importance of investing in Anfield and this expansion will allow us to improve the fan experience for our supporters.”

The Liverpool CEO then went on to reveal additional details of the expansion, revealing “an underground fan zone” is being worked on.

Although, why Hogan calls it “underground” is a bit strange as it’s not going to be underground, but merely undercover, at street level (see image below and as previously reported).

Hogan has also made clear that he would like to see more concerts held at Anfield, with the likes of Elton John and the Rolling Stones performing at the stadium over the summer. 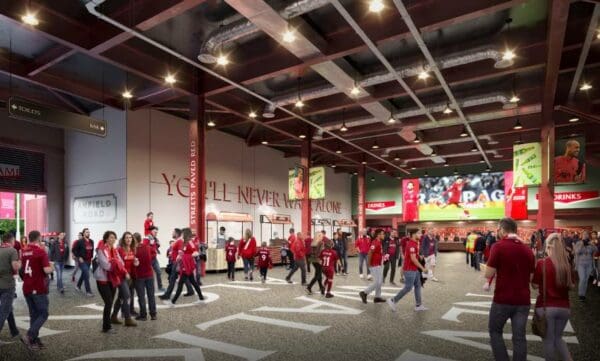 “One of the new aspects of the expansion will be an underground fan zone that supporters can enjoy even if the weather is poor,” he continued.

“Of course, we will also be able to have more fans in for concerts and other non-football events too, which will bring in additional income.

“As a self-sustaining club, we need to generate as much revenue as we can to continue reinvesting in the team and infrastructure.”

Earlier this week, we published 23 new photos of Anfield, including shots of the new pitch that has been laid for 2022/23.