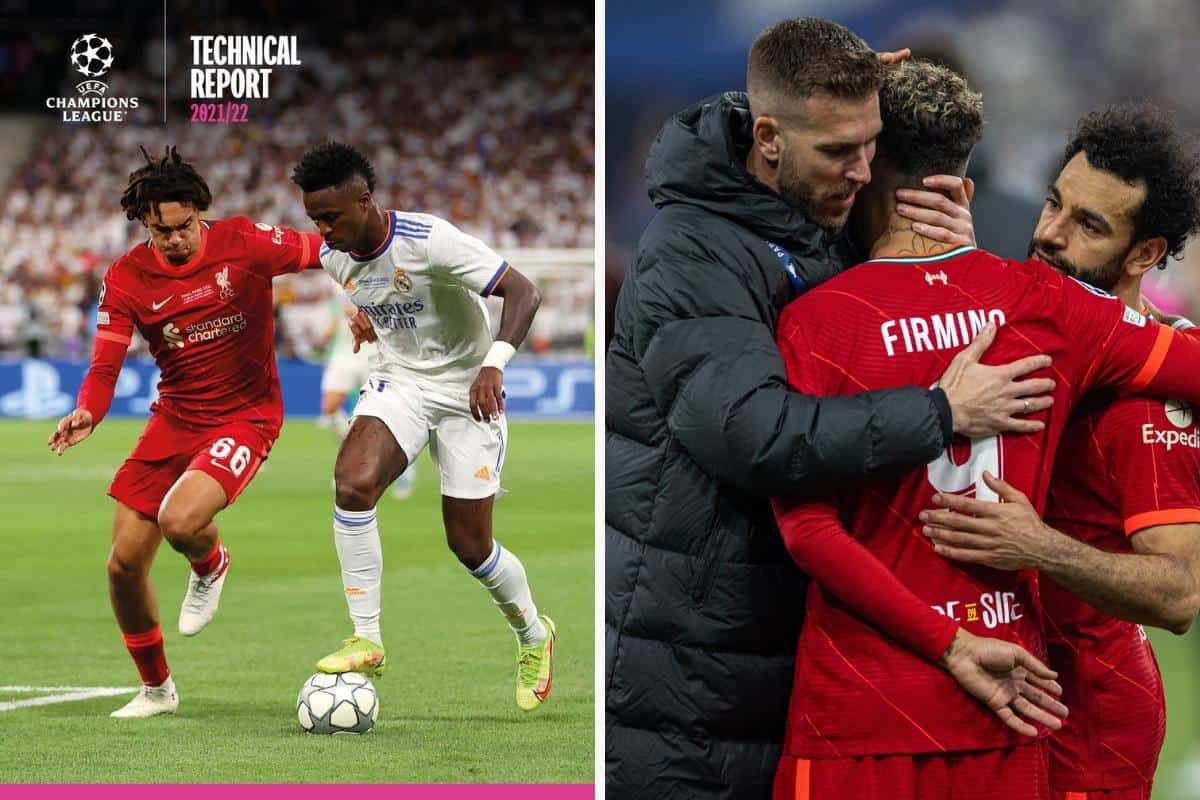 A UEFA report into the Champions League final has described the impact of scenes outside the Stade de France and delayed kickoffs on players as a “moot point.”

The scenes outside the Stade de France on May 28 are now indelibly linked with the stale 1-0 played out by champions Real Madrid and runners-up Liverpool.

But according to a throwaway line in the UEFA technical report of the 2021/22 campaign, whether the thousands of fans being mistreated outside the stadium – including many of the players’ families – had an effect on performance is a “moot point.”

“For all the colour inside, this was a final whose kickoff was delayed for 36 minutes amid distressing scenes for supporters outside,” the report reads.

“The impact on players who had to leave the dressing rooms for a second warmup prior to the eventual kickoff was a moot point.”

It is a remarkably flippant assessment, particularly given the testimonies of those players and coaches involved in the final themselves. 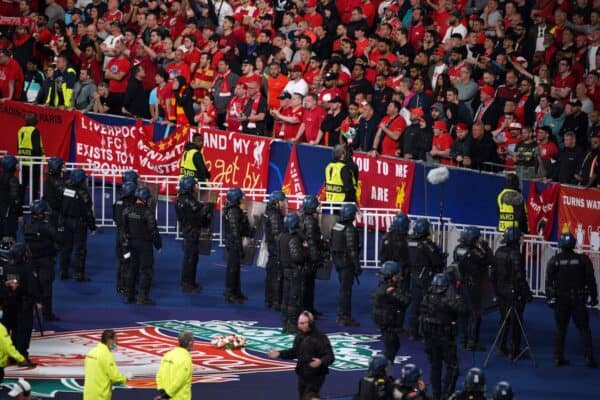 While most were unaware of the extent of the situation on the outer concourse of the Stade de France, in his book Intensity, assistant manager Pepijn Lijnders alluded to the impact of delays to kickoff.

“UEFA, by the way, didn’t warn us about the delays. It was only after we’d finished our warmup we found out,” he wrote.

“Can you imagine that, before a Champions League final?”

Lijnders added: “But more important than this was the terrible treatment of our supporters outside, trying to get in to watch the game.

“A complete failure by the authorities, UEFA and the police.” 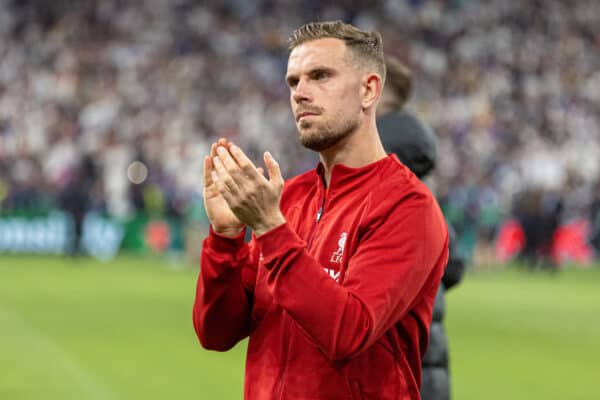 There was a palpable sense that something was wrong at that stage, and though the specifics will not have been communicated to the players, to describe it as a “moot point” is tasteless to say the least.

“All of the players and staff had family and friends who were caught up in the problems outside the stadium so we are all well aware of what went on and what went wrong,” Jordan Henderson explained earlier this month.

“The only conclusion that anyone can come to is that something like that can never happen again.”