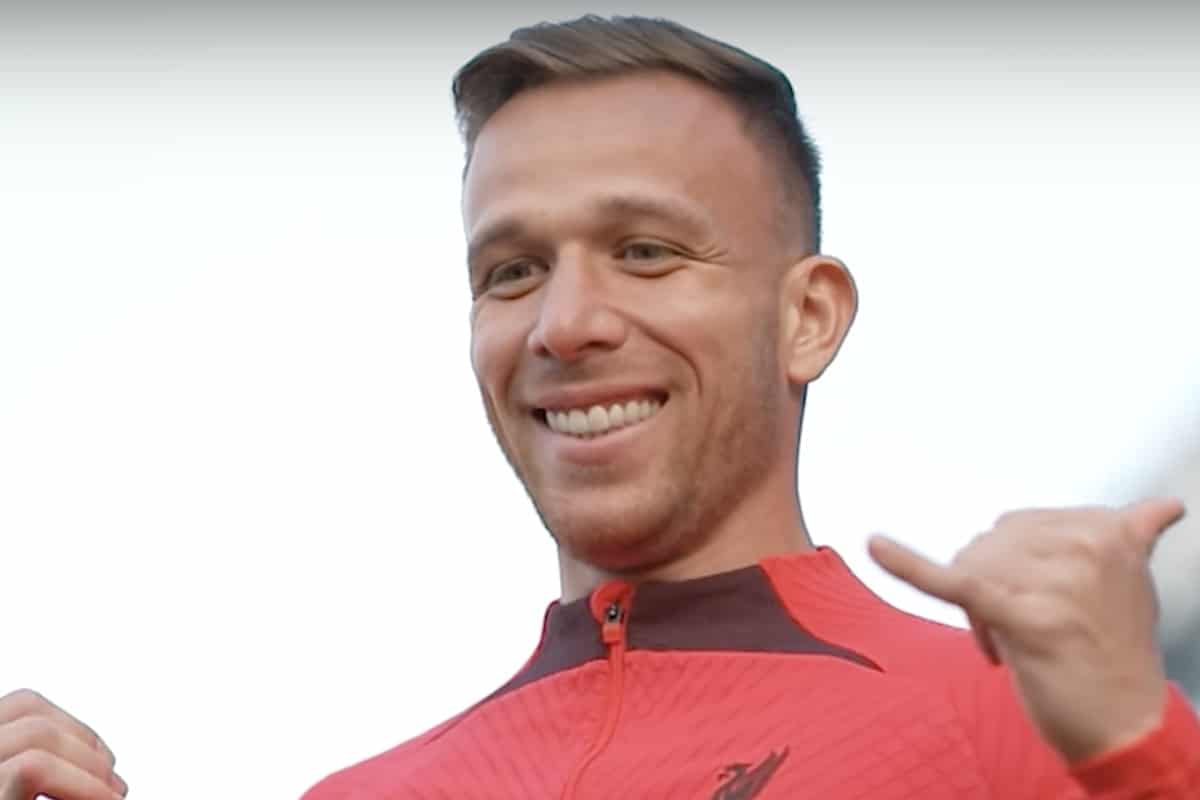 Arthur has tasted what it is like to face Liverpool and soon he will discover what it feels like to represent the club after making a “dream” move to Anfield.

The 26-year-old has arrived on loan from Juventus, a deadline day signing that bolsters Liverpool’s midfield options in the face of an absurd number of injuries to date.

After a late move in the window by the club, Arthur‘s move is now official and the midfielder is “highly motivated” to “giving my all in a Liverpool shirt.”

The Brazilian feels as though the Reds and his style of play is a “good fit” and the hope is supporters can see that sooner rather than later.

“I’m really, really happy to be here wearing this great shirt with this famous badge that represents so much in world football, it’s a dream,” Arthur told the club’s official website.

“We talked a lot, and our ideas and visions were a good fit so I’m sure it was the right choice.

The new No. 29 continued: “I’m really happy and highly motivated to continue living my dream on the pitch and giving my all in a Liverpool shirt.

“Liverpool have a wonderful history in football. I’ve played against Liverpool, I know what it feels like to be in the stadium with the fans behind them.

“I was with the opposition and now I’m on the right side so I’m really excited. It’s a massive club with a great manager, great players. As I said before, it’s a dream to be here.”

Arthur was involved in the famous 4-0 win against Barcelona back in 2019, coming off the bench late on to witness history as Jurgen Klopp‘s side defied the odds.

Now though, he will experience being on the other side of Liverpool’s support and is no stranger to a few of his new teammates having played alongside Alisson, Fabinho and Roberto Firmino with Brazil.