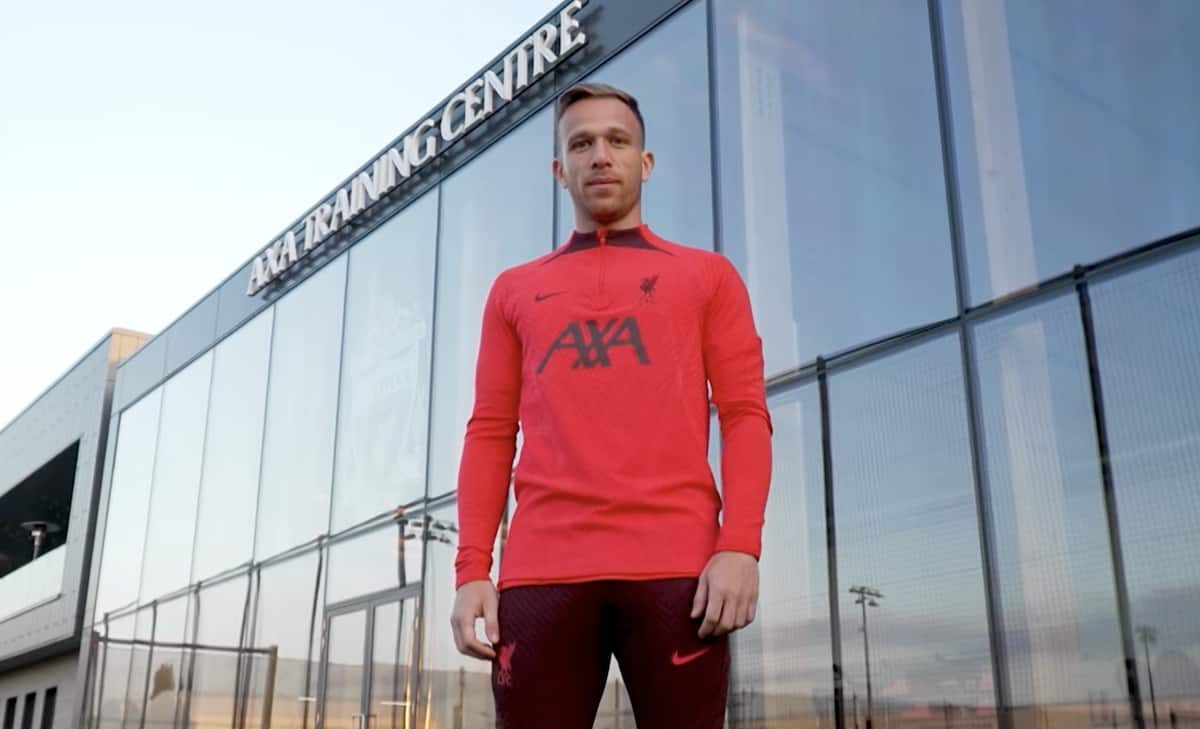 Liverpool FC have confirmed the signing of midfielder Arthur Melo on loan from Juventus, with the Brazilian joining the club in a deadline day deal.

The need for a new midfield arrival was compounded when Jordan Henderson sustained a hamstring injury in the win over Newcastle on Wednesday.

Liverpool have been in the market for a new signing and the arrival of Arthur has now been confirmed, with the midfielder joining on a season-long loan deal.

The club acted quickly in the face of the captain’s injury, with Alex Oxlade-Chamberlain, Naby Keita and Thiago still sidelined, while Curtis Jones just returned to the squad.

Arthur‘s arrival marks only the third loan signing under Jurgen Klopp, with the Brazilian acting as a needed stop-gap in the middle of the park.

The player, who will wear the No.29 shirt, is the Reds’ first summer deadline day deal since 2017.

There is no obligation to buy the player, but Juventus have stated that there is an option to make the deal permanent for €37.5 million next summer. 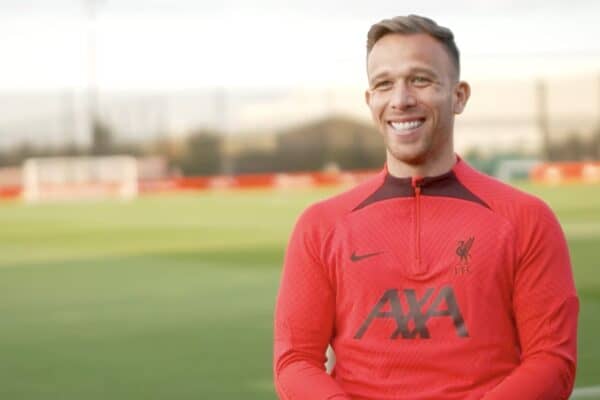 The 26-year-old travelled to Merseyside on Thursday to complete the necessary medical checks and sign on the dotted line.

On signing for the Reds, Arthur told the official website: “We talked a lot, and our ideas and visions were a good fit so I’m sure it was the right choice.

“I’m really happy and highly motivated to continue living my dream on the pitch and giving my all in a Liverpool shirt.”

Arthur has been compared to Thiago, with his press-resistant capabilities and passing range. It makes for a sensible move with Liverpool needing a player who can rotate with the Spaniard.

The Brazilian has not played for Juventus so far this season and it was claimed that he is carrying an ankle injury. However, Merseyside reporters have suggested otherwise, saying he is fit and could be in contention for the derby on Saturday.

It is unlikely, though, that Klopp throws him straight into the fire despite the current injuries in the squad, with the manager to be hopeful of calling upon Jones for the first time this season.