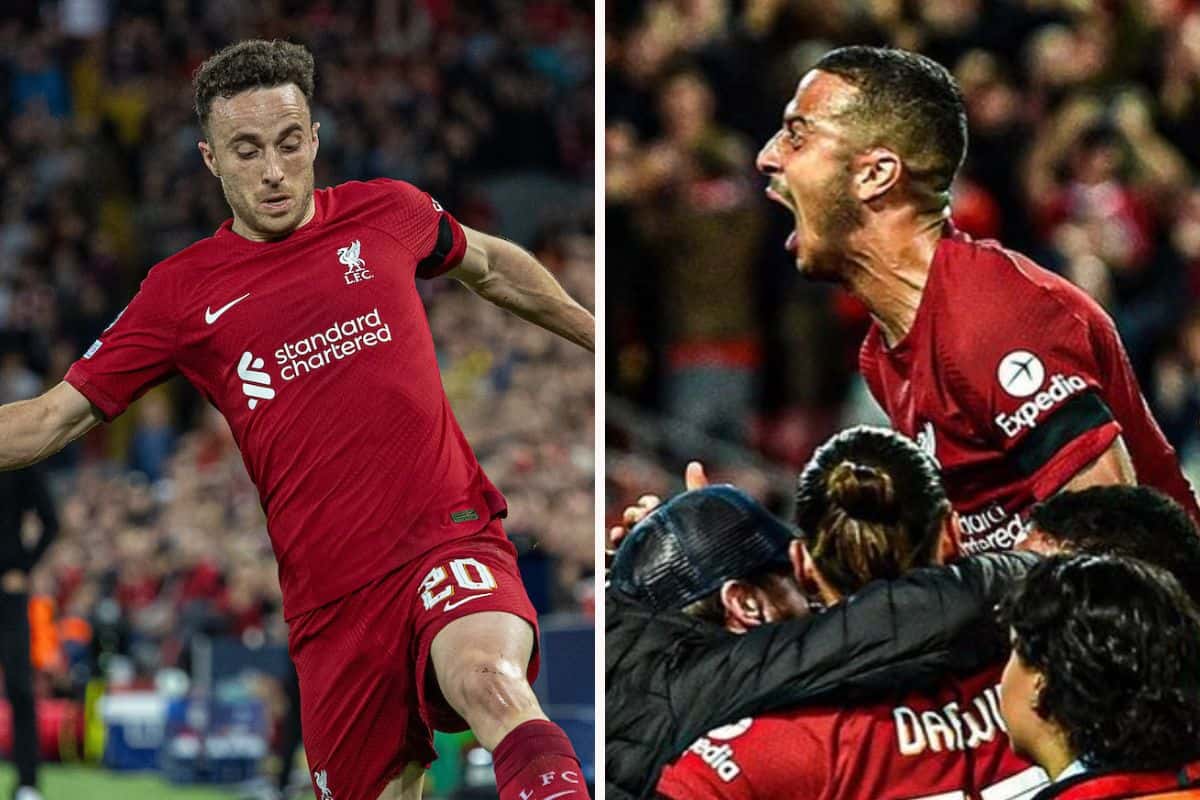 Liverpool got their Champions League campaign up and running against Ajax on Tuesday, with Diogo Jota and Thiago playing a big part in the victory after returning to the starting lineup.

The Reds were in need of a reaction after an embarrassing result against Napoli last week, and the overall team performance against the Dutch champions was much improved.

A big reason for that was the changes Jurgen Klopp made to his starting lineup. Jota, who was making his first start of the season after recently recovering from a hamstring injury, pressed well from the front, while in midfield, Thiago was simply the best player on the pitch.

The other two players to come into the side were Joel Matip and Kostas Tsimikas, with the former scoring the winner with a minute of normal time remaining.

Jota, though, had been waiting a long time for this moment, having first sustained his hamstring problem on international duty at the end of the previous campaign, before a setback during pre-season. 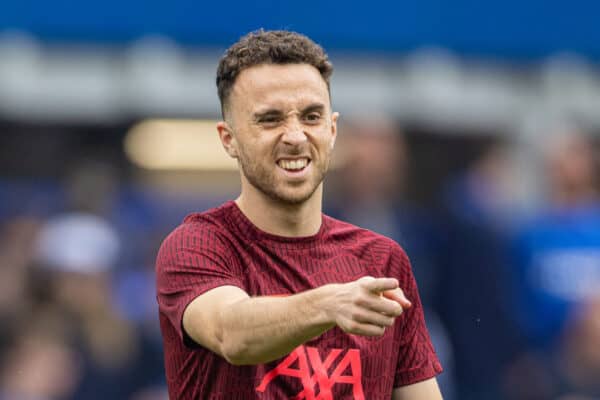 “It’s been frustrating for me because I couldn’t be out there helping the team,” Jota told the Athletic.

“It’s always a lot more complicated when you’re on the outside watching, but that’s in the past now and everything is good.

“I want to be established here at Liverpool as an important player. I can only do that if I’m fit. These things happen in the life of a footballer and you have to deal with them. I’m back, and ready to kick on.”

Some eyebrows were raised when the Portugal forward was chosen to lead the line ahead of Darwin Nunez, but Klopp’s decision paid off.

Nunez came on in the second half to help push the Reds to victory, and Jota is in no doubt that the Uruguayan will eventually prove himself a worthy replacement for Sadio Mane, who left for Bayern Munich in the summer.

“Darwin didn’t play too many games yet with the sending-off he got,” Jota added.

“In contrast, Sadio played for this team for a long period and was used to everything. It’s quite a big change but if we keep playing like this then it will be easier for Darwin and for everyone.”

After the game, Liverpool players took to social media to express their delight at a crucial victory under the lights at Anfield, with Thiago particularly happy!

Liverpool will now go 17 days without a game, after this weekend’s Premier League encounter with Chelsea was postponed, and an international break on the horizon.

It was vital that the Reds rounded off a difficult period with a victory on Tuesday, and here’s hoping they can take that momentum into a busy October schedule.