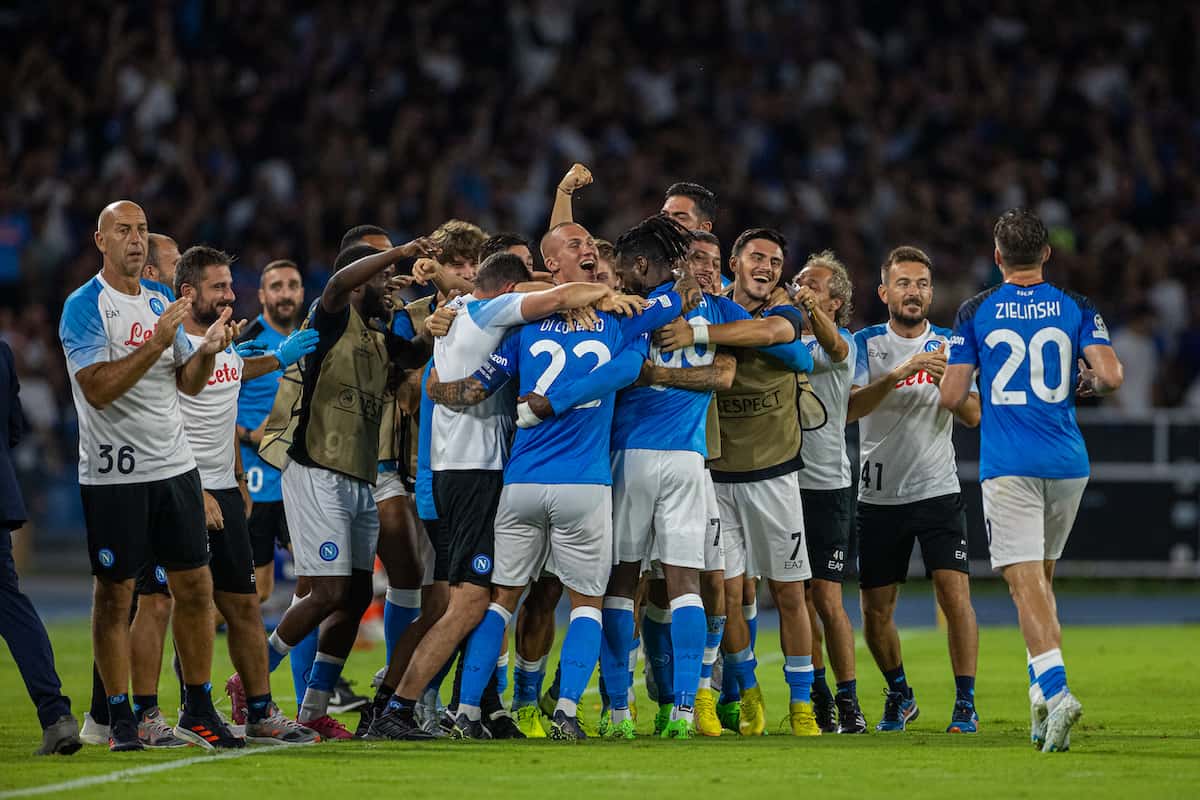 Napoli made it two wins from two to move top of Group A in the Champions League, with Liverpool’s next opponents, Rangers, suffering a second big defeat.

The Reds avoided another disappointment on Tuesday night as Joel Matip‘s late header sealed a 2-1 victory over Ajax, keeping them in the fight in the group stage.

But after a 4-1 thrashing at the hands of Napoli in their opening game, Liverpool already find themselves flagging behind the Italian side in the push for top spot.

Wednesday saw Napoli visit Ibrox for a delayed clash with Rangers, with kickoff having been pushed back 24 hours due to logistical concerns following the Queen’s death, while away fans were no longer permitted to attend.

The absence of thousands of supporters from Naples clearly had no impact, though, as Luciano Spalletti’s side steamrolled Rangers on their way to a 3-0 win.

It came in Rangers’ first Champions League home game since 2010, and the atmosphere inside Ibrox was electric as Alfredo Morelos and Piotr Zielinski traded early chances.

Controversy reigned as Napoli were awarded a penalty in the 55th minute and James Sands was sent off, with the rebound turned in by Matteo Politano only for VAR to call for a retake after an encroachment in the box.

Allan McGregor saved the second attempt from Zielinski, but Politano then converted another spot-kick soon after following a handball in the box.

That set Napoli on their way, with further goals from Giacamo Raspadori and Tottenham loanee Tanguy Ndombele sealing a comfortable win and three points.

From their first two group games, then, Napoli have taken six points, with seven goals scored and only one conceded, and victory put them back on top of Group A – three points above second-placed Liverpool. 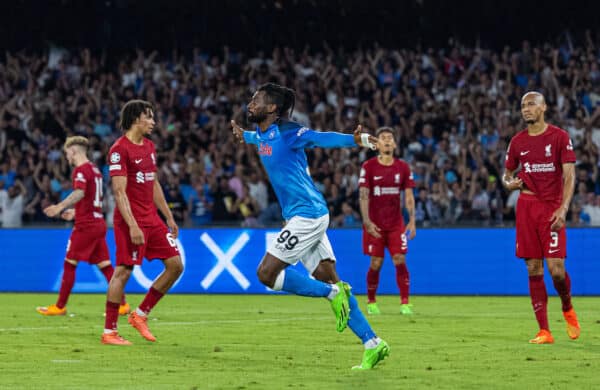 There remains a long way to go, of course, with each side still to play four times, but it is a strong start from Napoli – particularly given their dominance of Liverpool.

As for Rangers, it appears to be a reality check for Giovanni van Bronckhorst and his players, who are now due to play Liverpool in back-to-back clashes on October 4 and 12.

Shakhtar Donetsk and Celtic drew, as did FC Copenhagen and Sevilla, with the two most surprising results being a 2-1 win for Benfica away to Juventus and a 1-1 draw between Chelsea and Salzburg.