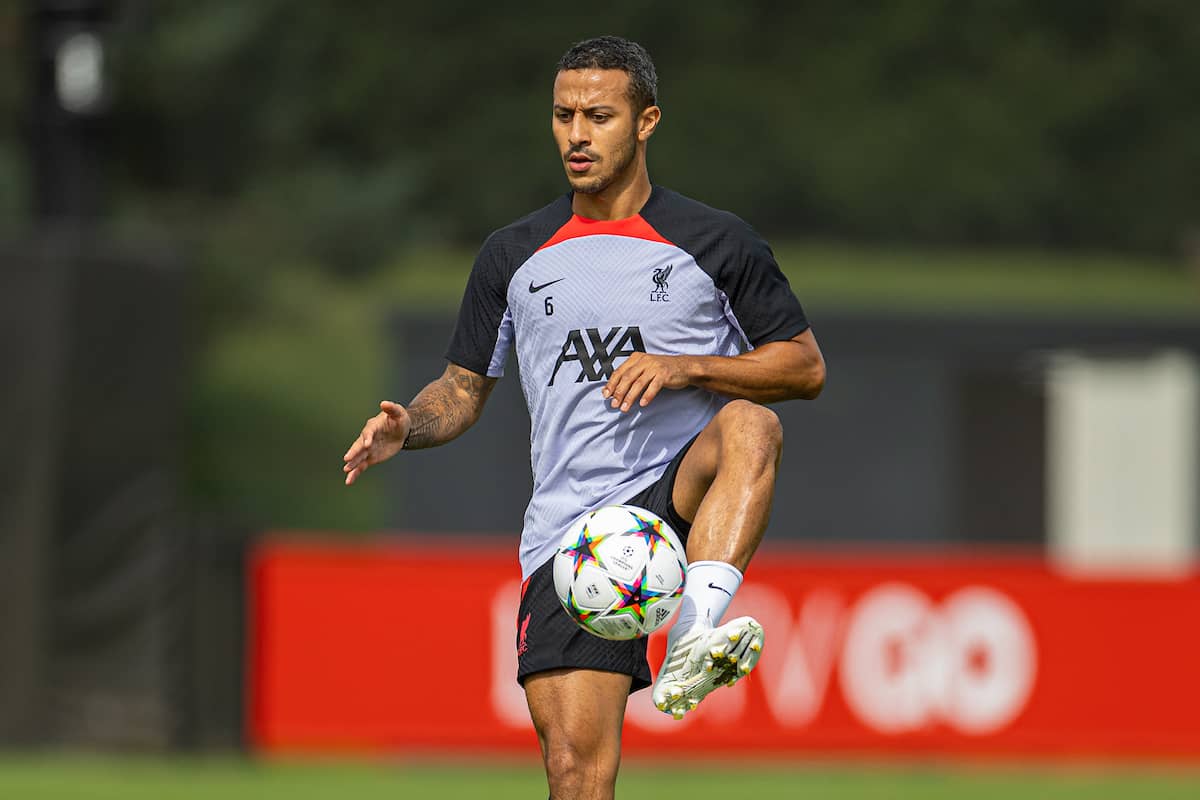 As expected, Thiago was part of the Liverpool squad training on the eve of the Champions League trip to Napoli, but two young midfielders were absent.

Ahead of the Champions League opener in Italy, the Reds held an open session at the AXA Training Centre on Tuesday afternoon, with media present at lunchtime.

It gave an indication of the strength of Jurgen Klopp‘s squad for the Group A tie, with his group still stricken with injuries a month into the season.

Jordan Henderson joined the absentees list with a hamstring strain last week, while Fabio Carvalho suffered a dead leg in the 0-0 draw at Everton on Saturday.

Though Henderson was expected to miss the session regardless, there was no sign of Carvalho among a 19-man outfield group either.

Nor was Curtis Jones among those put through their paces by Klopp and his coaching staff of Pepijn Lijnders, Peter Krawietz, Vitor Matos and Andreas Kornmayer.

Youngsters Isaac Mabaya, Stefan Bajcetic and Melkamu Frauendorf were included, to cover for absences in defence and midfield respectively. 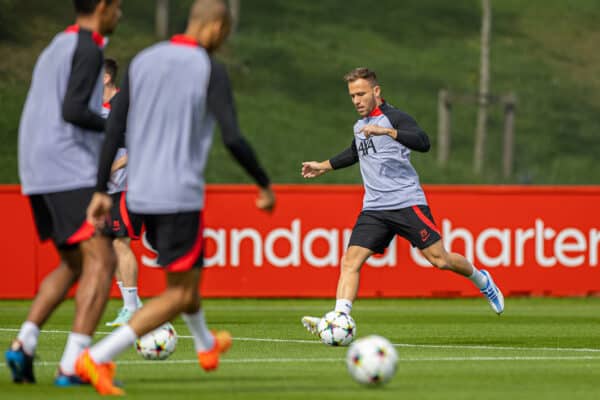 Another to miss out was Caoimhin Kelleher, despite previously taking part in full training, with 18-year-old Fabian Mrozek instead called up to train alongside Alisson and Adrian.

Klopp still has a strong squad to select from for the trip to Napoli, and the manager is set to make changes for the group tie, including a replacement for Carvalho in midfield.

There is a chance that at least one of Thiago or Arthur starts in the middle of the park, with Fabinho, Harvey Elliott and James Milner the other options.

Roberto Firmino could take over from Darwin Nunez up front, while Joel Matip is in contention to replace Joe Gomez as partner to Virgil van Dijk. 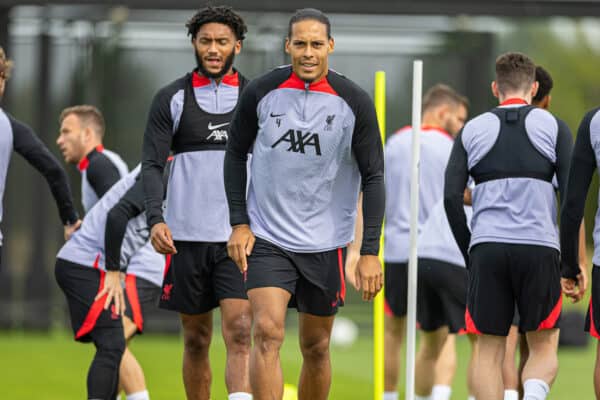